Everything you missed from the night 100 million school meals were pledged to children in Africa. 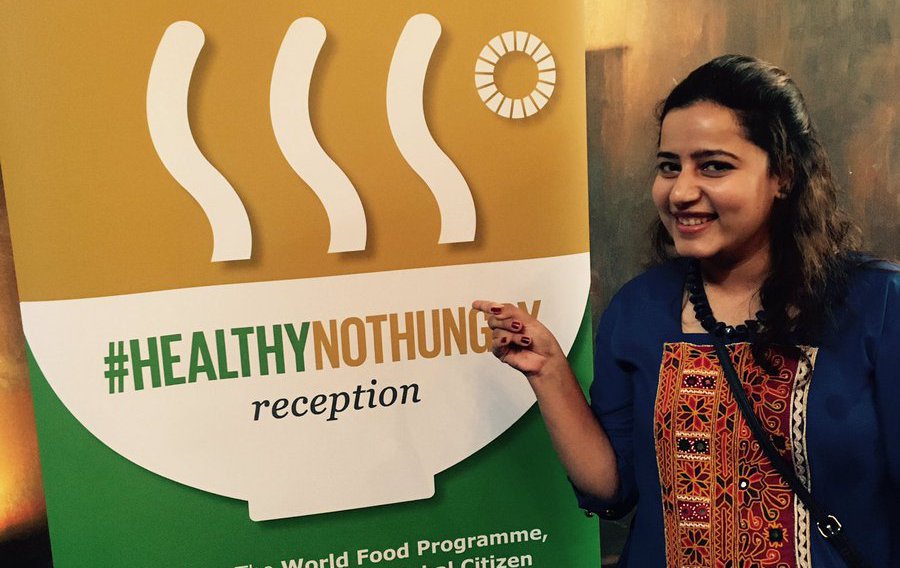 On the eve of Global Citizen Festival Hamburg, Pharrell Williams was soundchecking on a pulsating red stage at the Barclaycard Arena. But just under four miles away from the noise, in the kitchen of German celebrity chef Tim Mälzer, some important conversations were taking place.

On July 5, Global Citizen gathered together some of the world’s most influential people in the battle against world hunger and malnutrition, and in an attempt to make famine a priority at this weekend’s G20 summit, we did what we do best: talk.

So @GlblCtzn is in Hamburg. Tonight we're hosting a #HealthyNotHungry event with @WFP + @Welthungerhilfe to make hunger a #G20 priority. pic.twitter.com/emJUaOA7tB

A whole host of speakers lined up to discuss how we can make the world #HealthyNotHungry. From Global Citizen’s very own chairman, Peter Murphy, to politicians from the highest echelons of German government, a packed room watched on as the issues were dissected by the people who know them best.

But it wasn’t all words. Ann Cairns, the president of International Markets at Mastercard, concluded the night with a very special announcement: that Mastercard and the World Food Programme would provide 100 million free school meals to African children over the next year. It’s another powerful step forward to achieve our goal to end world hunger before 2030.

We're in Germany ahead of the G20 to discuss how to create a #HealthyNotHungry world. Tune in for live updates! w/@WFP@Welthungerhilfepic.twitter.com/SKDjwt2dS1

We think experts matter. So let’s let them do the talking. Here’s seven essential quotes, from people who know exactly what they’re talking about.

“It's not right that 3 million children die each year of malnutrition, because of where they are born. There is enough money in the world to solve these problems… All I say, all we say, is to do something.”

“We need investments for Africa. We need more commitment for Africa. But we know also that three in four people who live in hunger live in the rural areas of Africa, not in the cities.”

"There is enough food for everybody", says Bärbel Dieckmann. #healthynothungry#G20HAMpic.twitter.com/8Mw8cxArHP

“We’ve got 600,000 children who desperately need (help). This is not fake news. This is reality. So this is what we’re all about: I think we’re going to prove to the world that there’s still light amidst the darkness.”

"We are all Global Citizens - b/c we're all brothers & sisters, all neighbors. We need to lay down our differences & unite to end hunger." pic.twitter.com/aysccm5CaQ

“Money can’t solve the political crises that are usually the cause of the suffering. Money alone cannot feed the people in these countries. We, as a government, as a ministry, we need partners.”

"We cannot accept the fact that children are dying of hunger in 2017. This is completely unnecessary and preventable." - @GermanyDiplopic.twitter.com/LkBC2IaF79

“Let me close by something that I came across a couple of days ago, it’s a citation of a famous US astronaut. Actually, it’s from Apollo 11, so it’s quite a while ago. At that time, he said, ‘If we can conquer space, we can conquer child hunger.’ I think this is still true.”

The @BMZ_Bund reminds us of Buzz Aldrin's words: if we can conquer space, we can conquer childhood hunger. #HealthyNotHungrypic.twitter.com/u7HhMRr5JE

“(The World Bank is) not a humanitarian institution, but famine has such a negative impact on development that we’re getting more and more involved. The magnitude of famine in Northern Africa — few people perhaps realise it …. we are mobilising $1.9 billion there for some emergency projects but also for food security more generally. ”

“Noone became poor through giving.”

The @WFP and @MastercardFdn have BIG news to announce tomorrow! Tune into Global Citizen Festival Hamburg to hear more #TuWaspic.twitter.com/DSv5zSxCfL

Thank you @Mastercard for stepping up for the 795 million who go to bed hungry every night. #SDG2#TuWas#GlobalCitizenFestivalpic.twitter.com/Zhy0kLuESC