Driverless Busses Could Be Coming to Your City Soon

Your morning commute could look a whole lot different. 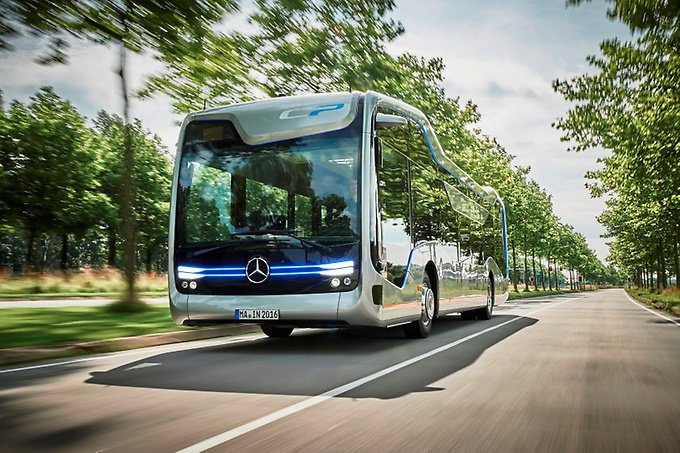 A driverless bus just became the first to complete a live condition road test in Amsterdam. Developed by Daimler, the Mercedes-Benz “Future Bus” features driverless technology and a reimagined interior that could revolutionize city and suburban transit. And on Monday, it successfully navigated 12 miles of curvy roads that included heavy traffic and even tunnels.

Considering how this bus looks on the road, Daimler may be onto something.

The new city bus is driven by “CityPilot,” a system based on Mercedes’ semi-autonomous truck driving program introduced two years ago. Both the bus and truck systems include an onboard human driver who monitors the system for safety reasons. 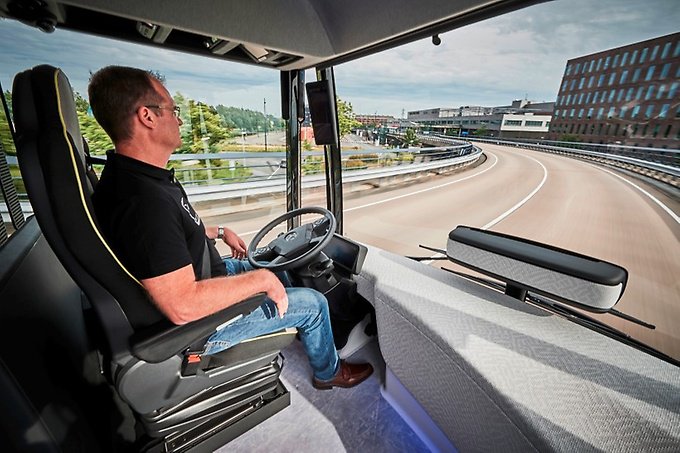 “We showed nearly two years ago with our Highway Pilot, autonomous driving will make long-distance truck transport safer and more efficient,” Wolfgang Bernhard, head of trucks and buses at Mercedes, said in a statement. “We are now putting that technology into our city buses.”

Read More: Could these driverless pods in Singapore be the future of travel?

CityPilot has significant upgrades over the highway edition. It’s specifically designed to make urban autonomous driving safer. Almost a dozen cameras monitor the surroundings of the bus while a short-range radar looks at the path ahead. The tracking systems are fed into a “data fusion” with onboard GPS as well as connectivity to local traffic infrastructure like traffic lights. According to the Daimler website:

The CityPilot is able to recognise traffic lights, communicate with them and safely negotiate junctions controlled by them. It can also recognise obstacles, especially pedestrians on the road, and brake autonomously.

The system is designed to relieve the human driver’s workload while the system provides constant vigilance.

“Having autonomous driving guarantees a smooth ride. Also it will be easier to get on and off because the bus navigates into stop with computer like precision,” said Schick. 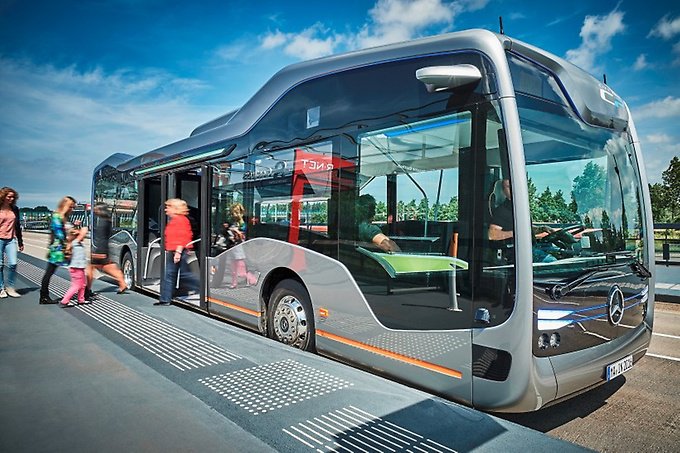 The Future Bus is more than an autonomous vehicle. The interior is a complete reconceptualization of a commuter bus. 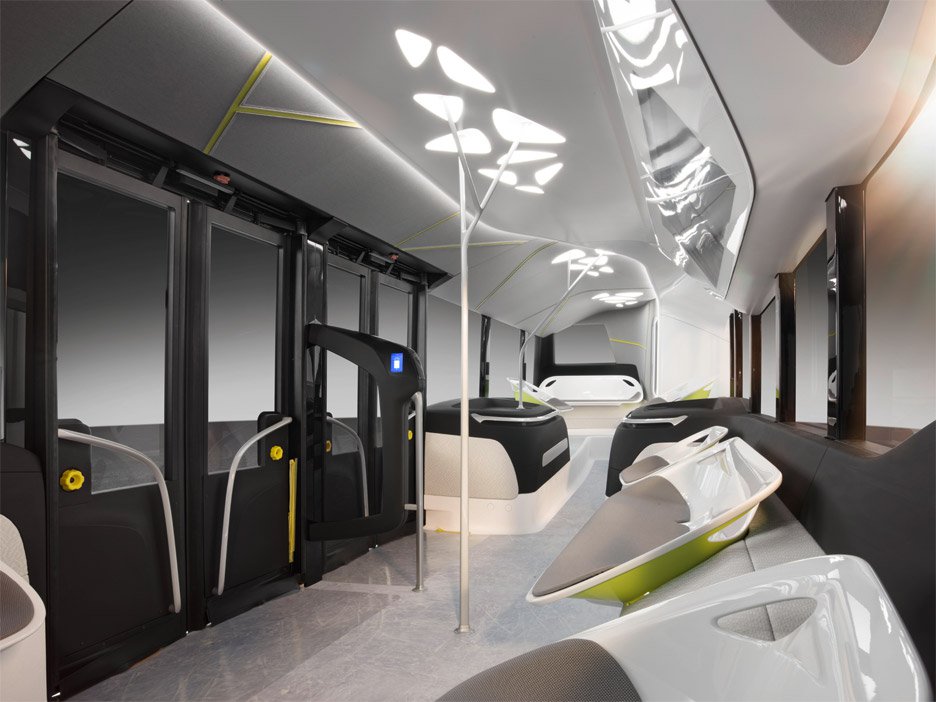 The interior design takes inspiration from “public places like town squares and parks,” Schick explained at the launch. The inside is split into three zones for different lengths of passenger stays. There is a service zone at the front including large information displays. A second area is specifically designed for short-stay passengers, complete with enhanced lighting, wide doors, and handrails. The third area is where the design truly breaks the mold of a public bus. 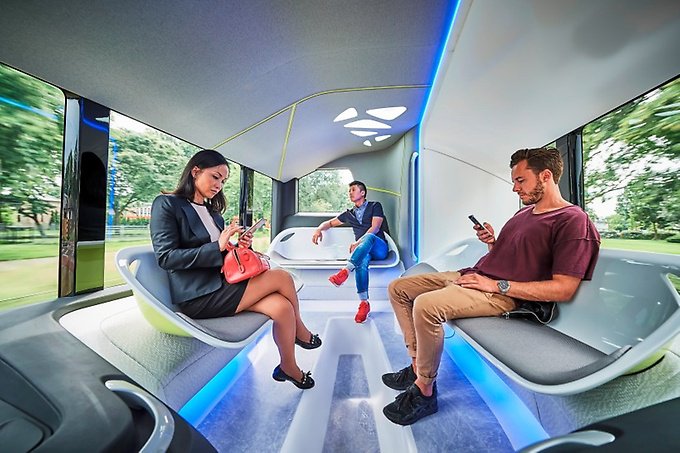 The long-term stay area features park bench like seats designed for conversation or looking out the large windows. This lounge-like area will also include wireless charging pads for mobile devices and large screens for passengers to receive updated information on their trip.

Daimler Buses hopes design innovations like this will change the image of transit buses and attract new customers.

Read More: The good and the bad of 6 metro systems around the world

Daimler, the parent company of Mercedes-Benz, has been making buses for decades. It is a leader in innovating public transportation in Europe and Latin America. During the Future Bus launch, Schick announced a new department to specifically focus on public transportation: Daimler Buses Mobility Solutions.

“This will be the creative core that will develop ideas around connectivity, autonomous driving, and electric driving. As well as whatever new ideas we can come up with,” Schick added.

The department will continue the company’s work in Bus Depot Management and BRT (Bus Rapid Transit) systems. Daimler BRT’s have helped improve public transit and traffic in cities as diverse as Istanbul, Bogota, Amsterdam and Rio de Janeiro for the 2016 Olympics.

Daimler does not plan to push the Future Bus into production in its current format. Instead, it will incorporate various elements of the concept bus into its existing models. This will include deploying the CityPilot system to drive into and out of stations and use the overall technology heavy approach to improve the Daimler zero-emissions powertrains that propel their buses.

It’s unclear if the interior design concepts will be applied to Daimler’s existing line of buses, but customers can hope.

For a tour of the interior of the bus with Schick’s narration, take a look at CarJamTV’s video.