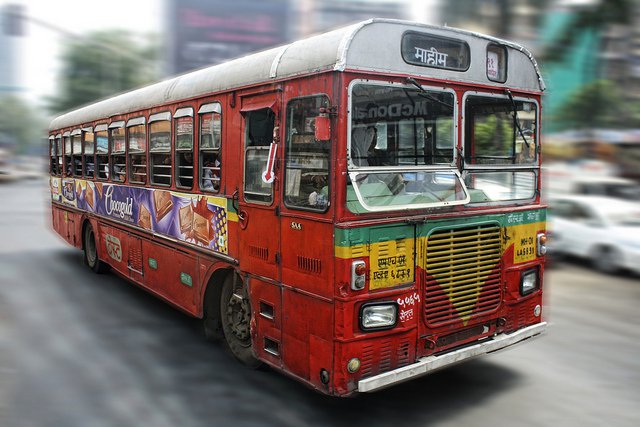 To curb cases of sexual violence, India’s buses will have panic buttons starting in June.

It will also be mandatory for public transport buses to install CCTV cameras and vehicle tracking devices. All new buses will come with these devices already installed, while all old buses will get them in a phased manner.

The Road Transport and Highways Minister said that the policy is going to be implemented “to ensure safety of women”.

The government’s decision comes in the wake of criticism that it continues to be lax about women’s security even after the December 2012 gang rape of a female medical student in a bus in New Delhi that led to international outrage. The media named the victim “Nirbhaya,” meaning “fearless one," but she died following the attack.

Sexual violence, including rape, assault, and harassment are often not reported. Several reasons contribute to this. Policemen often blame the attack on the victim, calling her out on her attire or questioning why she was outside the house to begin with. Conservative families often think it improper to publicly discuss sexual violence, and women also think that their marriage prospects will decrease if they report rape.

But the widespread protests that followed the Nirbhaya attack led to the creation of a previously non-existent space for public discourse on sexual assault, domestic violence, and rape.

The rise in the number of sexual assault cases reported in the years following the Nirbhaya incident indicates that public awareness about sexual violence has increased.

Following the gang rape, the government made the police undergo gender sensitisation courses, and also added more female members to the security forces.

Rape laws were also made more stringent, and fast-track courts specifically for cases of sexual violence were set up.

India's Women and Child Development Minister also said last month that online attacks on women will be treated as violence, and that the government is considering setting up a separate department to deal with online gender-based crimes.

The Indian government also recently announced that all mobile phones would have to come installed with a panic button 2017 onwards, and with GPS from 2018.

The installation of panic buttons and CCTV cameras comes as a welcome move. Transport vehicles with seating capacities of over 23 will have CCTV cameras that will be monitored by the local police control rooms.

The project is part of the Nirbhaya Fund, which was set up to fund NGOs and governmental programmes that work towards women's safety.

A notice to have GPS, CCTV & panic button in all public buses across India will be issued after Jun 2: Shri @Nitin_Gadkari#NirbhayaScheme

If the emergency button is pressed in case of an instance of sexual harassment, the local police station will be notified and will be able to track the bus through the GPS. The trigger will then enable live footage of the bus at the central control room. A notification will also be sent in case the bus deviates from its prescribed route.

A pilot test of the project was implemented on 20 buses in the state of Rajasthan, where 33 per cent of state transport bus passengers are women. All buses in Rajasthan will soon be equipped with monitoring devices.

If successful, this will make the roads safer for women, possibly leading to a rise in the use of public transport, which could also bring down air pollution levels.

The Indian government’s policy changes to attempt to curb sexual violence could also lead to an environment where women feel safer in public spaces.