This Woman Campaigned to Keep Girls in School During Their Period. Now She’s Been Locked Up in Uganda.

She also described his wife as “empty-brained.” 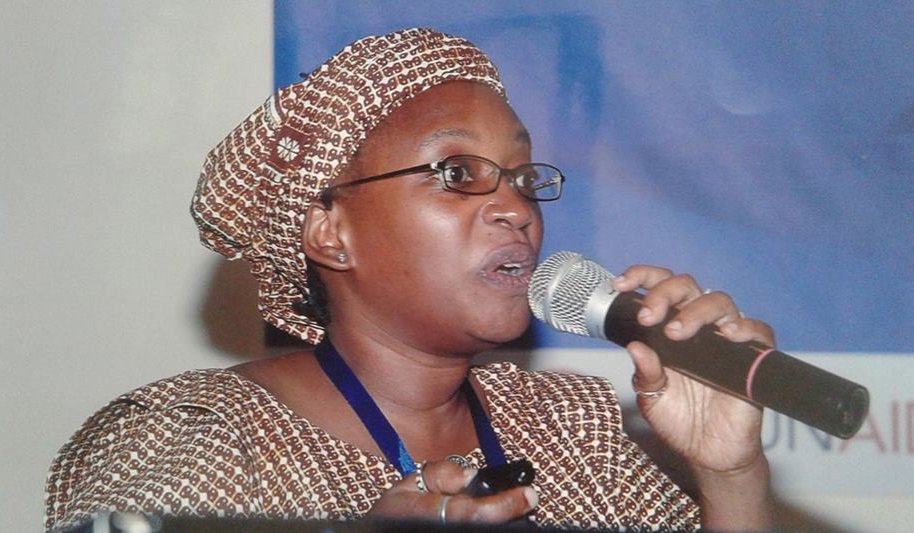 Stella Nyanzi, a Ugandan activist and campaigner, has spent more than two weeks in jail after referring to Uganda’s President as a “pair of buttocks.”

She is a long-time outspoken critic of the president, Yoweri Museveni, who has been in power for 30 years. Nyanzi frequently calls out what she describes as the “nepotistic family rule” of the Musevenis with sharp, humourous and deliberately provocative turns of phrase. Museveni’s wife, Janet, is the country’s education minister, who Nyanzi branded as “empty-brained.” And this was one of the more polite terms she used. She frequently refers to the country's leaders as "gang-bangers."

But words are not her only weapon of resistance. Before the 2016 presidential election, Museveni promised to provide sanitary pads for all schoolgirls in the country where three in 10 girls miss school because of menstruation. However, shortly after the election, Janet Museveni announced to parliament that the government could not afford to follow through on the promise.

In response, Nyanzi launched #Pads4GirlsUg and a crowdfunding campaign to raise money and supply menstrual pads to Uganda’s schoolgirls. The initial drive provided sanitary pads to 2,000 girls in under three weeks, and surpassed their goal of reaching 1 million in a month, according to the Guardian.

She also took to Facebook and posted a vehement criticism of the first lady for the U-turn.

"Shame on our heatless [sic] national leaders for failing to prioritise gender generational needs for the under privileged in Uganda," she wrote. "Shame to the presidential couple for promising to give free sanitary pads to poor students — when they wanted votes — and then telling our parliamentarians that Uganda lacks money for these pads."

In another post quoted in the Guardian, she called into question the first lady’s reputation as “Mama Janet,” asking: "What sort of mother allows her daughters to keep away from school because they are too poor to afford padding materials that would adequately protect them from the shame and ridicule that comes by staining their uniforms with menstrual blood?”

Read More: This Woman's Invention Means No Girls Has to Miss School Because of Her Period

To emphasise her rage at the government, Nyanzi is known for using sexual innuendo or overtones to provoke the highly conservative establishment. As well as fighting for marginalised girls, she is also a vocal LGBT activist in a country where homosexuality is illegal and sex education is not permitted in school.

In a TV appearance, Janet Museveni tried to defend herself against Nyanzi’s attacks: “I still do not know what I did to deserve all those words.” On air, she claimed to have forgiven Nyanzi.

However shortly after this public statement, Nyanzi was arrested on April 7 on charges of “cyber harassment” and “offensive communication” — a clear attack on free speech.

On April 25, she appeared at a hearing, but the case has been adjourned until May 10. There are fears she will be forced to undergo a psychiatrist test, normally reserved for those accused of crimes such as rape.

The hashtag #FreeStellaNyanzi began to trend in Uganda when the news broke, and Amnesty International are campaigning for her release. After this week's hearing, Nyanzi is waiting for her appeal for bail to be confirmed.

“Lack of sanitary towels is one of the leading causes of girls dropping out of school in Uganda. Dr Nyanzi has led a campaign to ensure girls continue to attend school with dignity during their periods and, instead of commending her, the authorities have harassed, intimidated and now arrested her,” said Muthoni Wanyeki, Amnesty International’s Regional Director for East Africa, the Horn and the Great Lakes “Arresting Nyanzi simply for criticising the president and his wife serves no legitimate purpose. The state should stop wasting resources on pointless and politically-motivated prosecutions, immediately drop all charges against her and release her unconditionally.”