More than 400 Australian Aboriginals have died in custody since a report calling for changes. 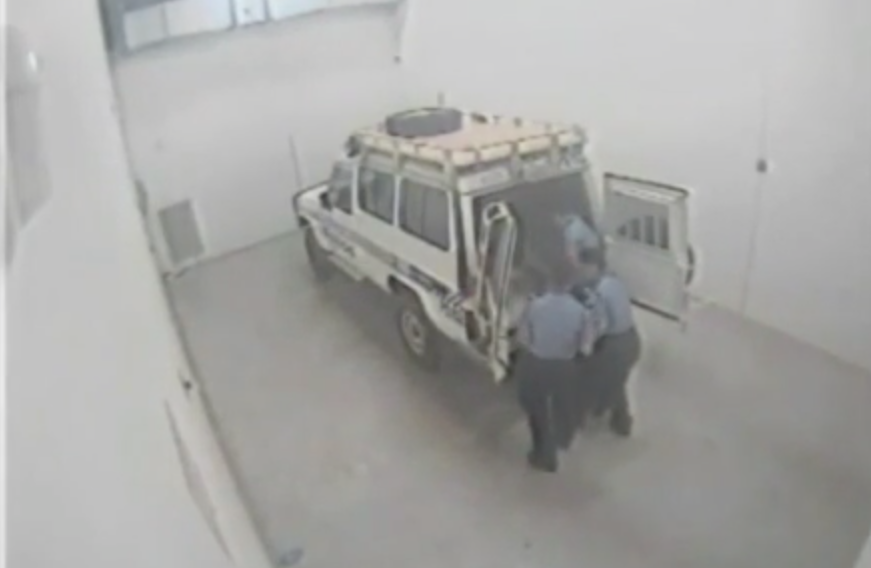 Video footage showing the death of an Australian Aboriginal woman who died in police custody in Australia has sparked outrage online after it was ordered released this week.

The woman, known as Ms. Dhu, a 22-year-old who was taken to jail for unpaid fines, died after three days in police custody in 2014. While being held, she complained of severe pain due to a broken rib, was treated for pain at the hospital, and then developed two infections that police thought were drug withdrawals, according to the Sydney Morning Herald.

The coroner of West Australia, Ros Fogliani, announced this week that Dhu died of an infection and her death could have been avoided. She also said jail should no longer be an option for those who owe fines, according to Australia’s ABC News.

Fogliani then ordered the release of the footage, which she called “profoundly disturbing.”

"In her final hours, she was unable to have the comfort of the presence of her loved ones, and was in the care of a number of police officers who disregarded her welfare and her right to humane and dignified treatment,” she said.

The video shows police officers trying to lift Dhu out of bed but dropping her, causing her head to slam against the concrete. They then drag her limp body from her bed to the hallway, and carry her her to a waiting police truck. Shortly after arriving at the hospital, Dhu died of cardiac arrest, according to the Herald.

Police reportedly told hospital staff she was a “junkie” who was “faking it.”

Dhu’s death was the latest in a long history of deaths and mistreatment of aboriginal people in police custody in Australia, according to Mashable.

CCTV footage of Ms Dhu's last hours have shaken me to the core. I'm sick to my stomach.A black woman treated worse than a stray dog😭 #MsDhu

They'll try and make #MsDhu's death complicated. It's not. Listening and caring for someone, irregardless of their race, is not complicated.

Twenty-five years ago Australia’s Royal Commission into Aboriginal Deaths in Custody issued a report containing more than 300 recommendations, only a handful of which have been implemented. One of the recommendations: aboriginal people be sent to jail only as a last resort, according to Mashable.

More than 400 individuals have died in custody since the recommendations were first issued, according to the report.

The incarceration rates of aboriginal people in Australia are shockingly high: they are 13 times more likely to be incarcerated than white individuals, and 84 percent of the Northern Territory prison population is indigenous.

Since 1991 Royal Commission into #Aboriginal Deaths in Custody been over 400 #Indigenous deaths in custody.

Would society accept this if #MsDhu wasn't indigenous? Is it reasonable that no-one faces any consequences for her death? https://t.co/eC11Jrp595

All we really got from this inquest are reiterations of the Royal Commission in the 90s. What will we say about the next #MsDhu? The same?

"The Western Australian Government, and indeed all governments across Australia, have largely failed to follow the road map provided 25 years ago by the Royal Commission into Aboriginal Deaths in Custody both on how to prevent these types of tragic deaths and also, really importantly, how to reduce Aboriginal and Torres Strait Islander people's over-imprisonment,” Ruth Barson, the director of legal advocacy at the Human Rights Law Centre said in a statement Friday.

"It's profoundly upsetting that this is a death in custody that was entirely avoidable," she said.

TopicsAustraliaAboriginalIndigenousIndigenous people
Brought to you by