Australian Aboriginal Dad Confronts Racism ... With a Pot of Tea

Unexpected kindness in the face of racism. 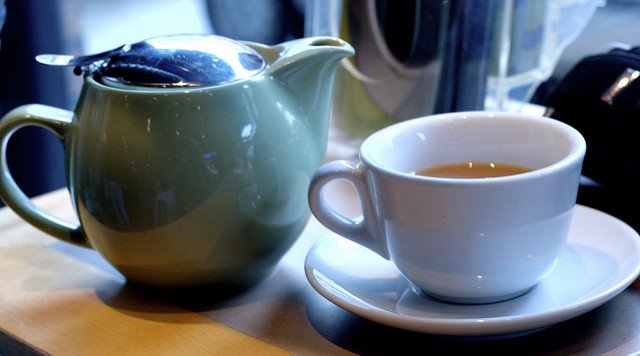 At a cafe in Fremantle, Western Australia, sitting with his partner and two young children, Jarred Wall had the unfortunate experience of overhearing some racist remarks made by two elderly ladies at a nearby table.

It would have been easy to ignore the situation and walk away but what Wall decided to do next was quite unexpected and remarkable.

Wall decided not to cause a scene, but he couldn’t ignore their derogatory comments made about Aboriginal people either.

Being Aboriginal himself, it would have been understandable if Wall had been extremely offended and confronted the ladies in anger. However, he made a conscious decision not to fuel the fire and instead he responded with a simple act of kindness.

He bought the ladies a pot of tea and wrote a friendly note on the accompanying receipt saying: “Enjoy the tea! Compliments of the 2 aboriginals sitting next to you on table 26". By drawing attention to the situation, he hopes it will make them think twice before making similar remarks in the future.

This was Jarred Wall's response after hearing a racist conversation between two older women at the table next to his pic.twitter.com/sKXAUQXX1g

He then posted his experience to Facebook and it has since gone viral. He said about the racist remarks: "The conversation was less than distasteful with words like assimilation thrown around willy nilly. I could have unleashed a tirade of abuse but that wouldn't have helped."

He also wanted to show there are alternative responses rather than turning to anger. Talk about taking the high road and killing them with kindness!

Read More: When an Australian Journalist Calls for Muslim Ban on TV, This Award-Winning TV Host Calls for Forgiveness.

"Enjoy the tea. Compliments of the 2 aboriginals sitting next you on table 26" - Jarred Wall. @KateSmithers#7Newshttps://t.co/aDOKaTSAtM

In an interview with a local paper WAtoday, he said, “I feel responding with violence will reaffirm their views about Aboriginals.” He also commented on the amount of violence in the news such as the violent race riots that recently erupted in the remote Western Australian town of Kalgoorlie.

Congratulations to Wall for putting a positive spin on the situation. It goes to show that small acts of kindness can have a big impact.