"She wrote back on the note and said 'I need help.'" 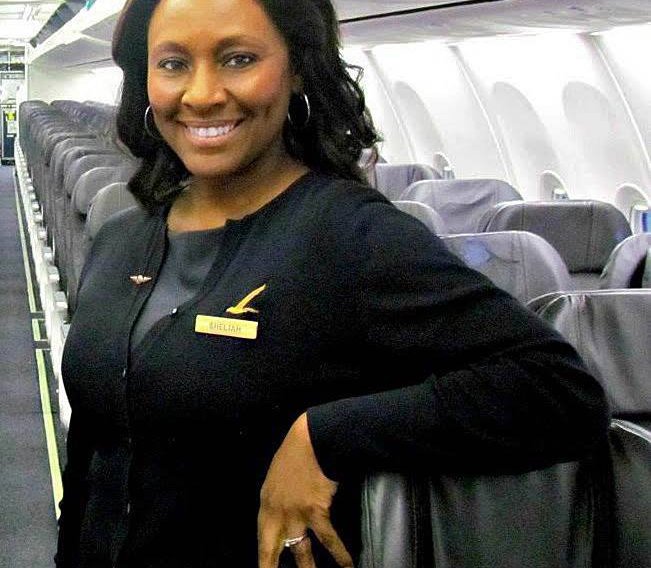 On a flight from Seattle to San Francisco, flight attendant Sheila Fedrick felt that something was amiss.

Fedrick, who works for Alaska Airlines, noticed that two passengers travelling together were dressed quite differently. One was an older, well-groomed man in an expensive suit. The other was a 14 to 15 year old girl who looked disheveled, uncomfortable, and, according to the NBC report, had “greasy blonde hair."

“(She) looked like she had been through pure hell," said Fedrick, 49, in an interview with NBC.

So she approached them for a conversation as the flight was in the air. She was immediately alarmed, as the man reacted defensively and refused to let the young girl speak on her own behalf.

Thankfully, Fedrick had previously received training from Airline Ambassadors, a charity that has, since 2009, trained airline staff in the essentials to spotting signs of human trafficking. They advise that, on suspecting a potential incident, you must not display any unusual interest that might draw unwanted attention. A confrontation can endanger lives.

Instead, Fedrick subtly whispered to the girl to use the bathroom. There, the girl found a note left by the flight attendant, asking if she was okay. The girl replied to the note, pleading for help.

Read More: 'I Remember the Smells, the Sights, and the Taste of Slavery': Jessa Dillow Crisp Shares Her Story

Fedrick, following protocol, informed the pilot. By the time the plane had landed, the police were waiting to arrest the man.

Shoutout to #SheilaFedrick! You didn't "just mind your business" & saved a life. Thank you for your intervention #HumanTraffickingAwareness

Thanks to the work of charities like Airline Ambassadors and flight attendants like Fedrick, 2,000 human traffickers were arrested and 400 victims identified by U.S. Immigration and Customs Enforcement in 2016. In the same year, there were a total of 7,572 cases of human trafficking reported in the US. But the real volume of incidents is estimated to be much higher.

Human trafficking is the fastest growing international crime in the world; modern slavery is a $32 billion industry. Often, it’s rich, developed countries that profit the most, making up more than half the industry. According to the United Nations, 71% of trafficking victims are female, and a third are children. Conversely, 72% of convicted traffickers are male. If a passenger won’t make eye contact, looks like they’ve been beaten, or are under the influence of somebody else’s control, then it’s worth reporting.

"If you see something, say something," Fedrick said, in a separate interview with 10News.

Fedrick, who has been a flight attendant for over a decade, has kept in touch with the teenager after scrawling her personal phone number on the note she left on the bathroom mirror.  The girl is now attending college.