While boys and men are often forced into labor, women and girls are forced into marriage and sex. 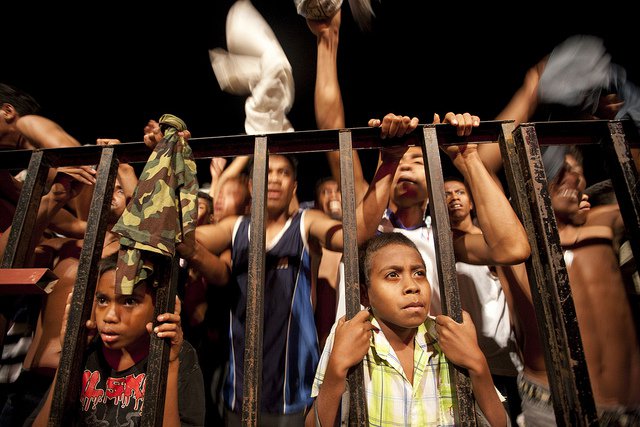 Stories of sex trafficking can be harrowing to hear.

Recently, two women who were trafficked into sex work as children shared their powerful stories on Global Citizen.

They are just two of the millions of women and children who are victims of trafficking, though. A new report out today from the United Nations Office on Drugs and Crime (UNODC) found that 71 percent of trafficking victims are women and girls, and one-third are children.

“Trafficking for sexual exploitation and for forced labour remain the most prominently detected forms, but victims are also being trafficked to be used as beggars, for forced or sham marriages, benefit fraud, or production of pornography,” said Yury Fedotov, the executive director of UNODC.

The report emphasized how trafficking is deeply divided along gender lines: when men and boys are trafficked it is typically into exploitative labor for jobs in mining, as soldiers, porters, and slaves, according to the report. Girls and women are most often trafficked for marriage or sex slavery.

And the problem is often exacerbated by other social problems such as corruption. However, trafficking tends to thrive the most in conflict zones, where the normal rules of society are suspended. Armed groups often traffic women into marriages or slavery and men into participating in the conflict, according to the report.

“People escaping from war and persecution are particularly vulnerable to becoming victims of trafficking,” he said. “The urgency of their situation might lead them to make dangerous migration decisions.”

Nadia Murad, the 23-year-old Yazidi refugee who now serves as UNODC Goodwill Ambassador, was one of those trafficking victims.

In 2014, Islamic State militants ransacked her village and took her as a sex slave. She was held against her will for three months before she managed to escape.

Murad is still trying to convince other countries to pursue a war crimes case against ISIS at the International Criminal Court.

Countries around the world, from developing nations to the first world, have to take a tougher stance against trafficking.