“I want to be a voice for those who need a voice." 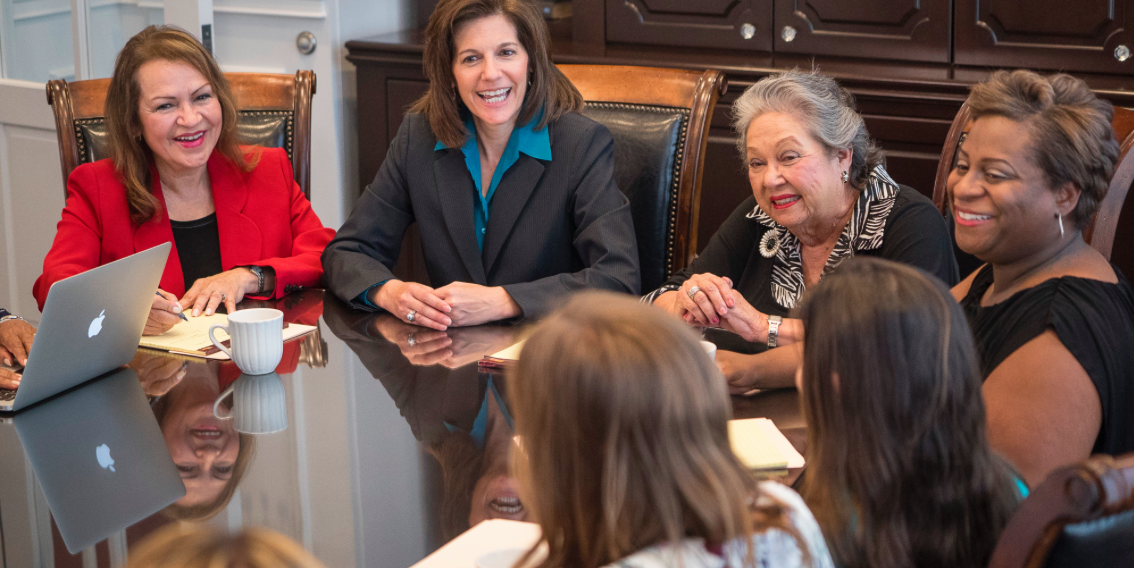 Around the world, fewer than one-quarter of lawmakers are women — an imbalance in representation that affects how laws are crafted and passed and how equality is created in societies. Global Citizen’s series, “Who Run The Gov? Girls!”  chronicles the massive uptick in women running for office, regardless of political party, in the US and around the world, highlighting the candidates and the groups helping them to run, the challenges they face, advice & tips for running, and the results.

The first thing Sen. Catherine Cortez Masto did when she got to Washington last year was organize roundtable discussions with female staffers in the Senate.

She wanted to know what issues they were working on and what challenges women and people of color were facing in the hierarchical world of government.

After winning the open Senate seat in Nevada in 2016, she became the first woman to represent the state as a senator and the first Latina to become a senator in US history.

For Cortez Masto, these milestones aren’t token achievements — they actively challenge the gender and racial inequalities that pervade government.

One stubborn fact about US government is its lack of diversity. While the 115th Congress is the most diverse of all time, there’s still a long way to go.

There has never been a female president in the US. Only 19.4% of Congress members and 24.8% of state legislators are women. Just four of the current 50 governors are women and only 37 women have ever served as governors in the history of the country.

And racial disparities are similarly pronounced — 81% of members of Congress are white, yet just 62% of the general public is white.

Read More: This Organization Won 70% of Its Political Races in 2016, and It Only Runs Women

These disparities ultimately lead to hiring disparities as well. This was perhaps best summarized in Paul Ryan’s selfie with his staff in 2016.

The Joint Center for Political and Economic Studies found that although people of color account for more than 35% of the US public, they make up only 7.1% of senior-level Senate staff and hold none of the 36 committee chair positions.

Lack of diversity ultimately affects government priorities. For example, female politicians in the US are more likely to push for policies that help children, women, and social welfare programs.Cortez Masto is doing what she can to make the Senate work for more people.

“By continuing to promote diversity in hiring, continuing to do away with disparity in benefits and wages, we’re making sure we’re opening doors,” Cortez Masto told Global Citizen.

As soon as she took office, she appointed three women — Hilary Barrett, Kati Card, and Laura Erickson Hatalsky — to her senior staff. She also hired Rey Benitez as her communications director, a decision that was applauded by the Joint Center for Political and Economic Studies for being one of six people of color that were added to senior staff positions in 2016.

Cortez Masto said that the power of representation can’t be underestimated. Her background is in law and, from the start, she faced a career ladder that seemed rigged against her.

“When I first started practicing law in a small firm, there were probably 6 partners,” Cortez Masto told Global Citizen. “All of them were male.”

“As I moved forward as a prosecutor and then as attorney general, in the law enforcement world there were very few women,” she said.

But that’s why it’s so important to have mentors, Cortez Masto said. When she was working for the state as a prosecutor, she was able to get guidance from the state’s first female attorney general, Frankie Sue Del Papa, which ultimately bloomed into a mentorship that she says was indispensable.

These days she’s serving on six committees in the senate ranging from housing to elderly services. She’s focused on keeping the big banks in check, creating protection for consumers, ending sex trafficking and violence against women, preserving national parks and monuments, defending healthcare, and building an economy that works for everyone.

With Republicans controlling all three branches of government, these are tough battles for a Democratic senator. But she’s up for the fight — Cortez Masto comes from a family of public servants and she’s keeping that legacy alive.

“I’ve always been working on the issues and finding solutions to the problems I saw in our communities,” she said, “From dealing with meth trafficking to the opioid crisis to protecting seniors from abuse to protecting children in the juvenile justice world.”

“I want to be a voice for those who need a voice,” she added.