Rihanna and Other Celebrities Call to #FreeCyntoiaBrown 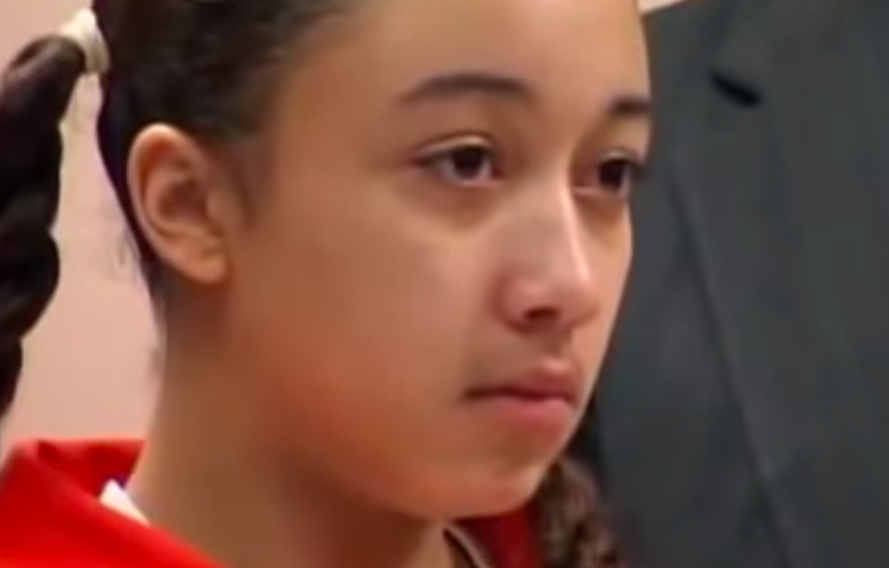 These celebrities — and many more across the internet — are coming together to call for justice in a 2006 sex trafficking case using the hashtag: #FreeCyntoiaBrown.

did we somehow change the definition of #JUSTICE along the way?? cause..... Something is horribly wrong when the system enables these rapists and the victim is thrown away for life! To each of you responsible for this child's sentence I hope to God you don't have children, because this could be your daughter being punished for punishing already! #FREECYNTOIABROWN #HowManyMore

The woman behind the hashtag, Cyntoia Brown, is now 29 years old — and has spent her entire adult life behind bars. In 2004, after being sex trafficked and raped, she was convicted to life in prison for the murder of a 43-year-old real estate agent who had solicited sex from her.

In court, she pleaded self-defense after shooting and killing Johnny Allen, but was accused of first-degree premeditated murder, first-degree felony murder, and aggravated robbery by a jury, according to People.

The prosecution alleged that Brown killed Allen in order to steal from him, claiming she stole guns and his wallet after shooting him.

Take Action: Stand With Nadia: Call for ISIS to be Held to Account for the Rape and Murder of Yazidi Women

Because of a Tennessee law that requires a 51-year review period for teens accused of murder, she will not be eligible for parole until 2055, when she will be 69 years old, Newsweek reports.

Since 2014, according to the Tennessean, 24 states have enacted new laws that create an automatic review of homicide cases for teenagers who have spent 15-40 years in prison — and advocates are calling for the state of Tennessee to amend their law to reduce the review period.

Celebrities are calling on the state of Tennessee to overturn Brown’s conviction, and Kim Kardashian West is working with her legal team to see what can be done, according to Hollywood Life.

“The system has failed. It’s heart breaking [sic] to see a young girl sex trafficked then when she has the courage to fight back is jailed for life! We have to do better & do what’s right. I’ve called my attorneys yesterday to see what can be done to fix this,” Kardashian West wrote on Twitter.

The system has failed. It’s heart breaking to see a young girl sex trafficked then when she has the courage to fight back is jailed for life! We have to do better & do what’s right. I’ve called my attorneys yesterday to see what can be done to fix this. #FreeCyntoiaBrownpic.twitter.com/73y26mLp7u

“Something is horribly wrong when the system enables these rapists and the victim is thrown away for life!” Rihanna wrote on Instagram.

Brown grew up with an abusive stepfather who beat, choked, dragged, and raped her as a child, she testified in 2004. At 16, she ran away from home and began living with a 24-year-old pimp who went by the name of "Cut-throat." According to that same court testimony, and interviews in a subsequent PBS documentary, Brown said that Cut-throat sex trafficked her and was also physically abusive, Marie Claire reports.

This is 16 year old #CyntoiaBrown . She was sex trafficked in this country and raped repeatedly until the day she shot her captor dead . It is unjust and heartbreaking that a young woman subjected to such terror and trauma should spend her life in jail . Listen to her words .She could be talking about so many abusers recently outed for sexual assault . The legal system is faulty and must be challenged in cases like this one . #freecyntoiabrown

In the 2011 PBS documentary, “Me Facing Life: Cyntoia's Story,” Brown spoke of physical and emotional abuse by her pimp.

"He would explain to me that some people were born whores, and that I was one, and I was a slut, and nobody'd want me but him, and the best thing I could do was just learn to be a good whore,” she said in the documentary.

Read More: Ashton Kutcher Shares How His Nonprofit Has Helped Over 6,000 Victims of Child Sex Abuse

"This is a young girl who's at the tail end of three generations of violence against women," Birman said.

Brown’s mother drank heavily while pregnant, leading Brown to be born with Fetal Alcohol Spectrum Disorder, which can lead to severe physical and mental health defects. In her case, Brown’s attorneys argued that this neurocognitive disease impaired her judgement, leading her to kill Allen.

Now in prison for over 13 years, Brown has focused on getting an education. She obtained an Associate’s Degree From Lipscomb University, and now works as a consultant for the juvenile justice system while studying to receive her bachelor’s degree, Heavy reports.

The abuse and trafficking Brown suffered is unfortunately an all-too-common phenomenon in the United States.

According to Polaris, which operates the National Human Trafficking Hotline, more than 20,000 people have been sex trafficked since 2007, including more than 4,000 in 2017.

For runaways, like Brown, the statistics are even more bleak. According to the National Center for Missing & Exploited Children, one in six runaways were reported to be victims of sex trafficking.

The campaign to free Brown has not been limited to celebrities. A Move On petition to free Cyntoia Brown through presidential pardon has garnered more than 200,000 signatures, and activists plan to deliver it to US President Donald Trump, as well as the House of Representatives and the Senate.

Global Citizen campaigns on the issue of sex trafficking and slavery around the world, and is calling on the United Nations to investigate sex slavery by ISIS against Yazidi women. You can take action here.