This Paralyzing Disease Holds Girls Back, But We Can Stop It 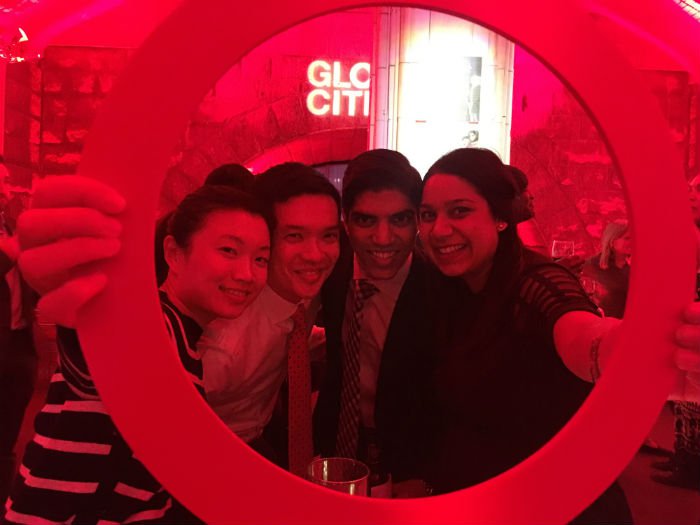 While the fight for gender equality is a long-term, uphill battle, one form of discrimination is on the brink of being eliminated: polio. And the Commonwealth is stepping up to do its part.

On Monday, dignitaries, world leaders, and experts from all over the world came to focus on how Commonwealth countries can tackle the Global Goals. Together, they also eloquently captured why polio matters in the fight for gender equality at Global Citizen's kickoff reception for the United Nations Commission on the Status of Women.

It’s not exactly an easy conclusion to draw, but, Reza Hossaini, Director of Polio Eradication for UNICEF, said it perfectly during a panel discussion focusing on polio eradication, and leveling laws that discriminate against girls and women, and the role the Commonwealth plays in achieving these goals.

“Unlike human beings, the polio virus doesn’t discriminate, but once a girl child gets paralyzed, it discriminates a lot more against the girl,” Hossaini said at the event.

The fight to eradicate polio is closer than it has ever been. Today, polio is 99.9% eradicated. It exists in only three countries, Pakistan, Nigeria, and Afghanistan. There were only 37 cases last year. Maybe it seems like an issue that will sort itself out. But at Global Citizen, we see diseases such as polio, and malaria as a global problems, yet ones that the Commonwealth is well suited to eradicate.

The same goes for gender equality and leveling the law. Today, all Commonwealth member countries have at least one law on the books that discriminates against girls and women.

The reception took place on Commonwealth Day, which celebrates the 52 member countries of the Commonwealth. It was co-hosted by the governments of Malta, the current chair of the Commonwealth, and the United Kingdom, which will take over as chair in 2018. CHIME FOR CHANGE also joined for our work on gender equality and ending legal discriminations against girls and women. At Global Citizen, we campaign to change laws that hold women back in partnership with CHIME FOR CHANGE in our Level the Law campaign.

CNN anchor Maggie Lake led the panel discussion on polio with Global Citizen Ambassador Erin Richards, polio activist Sufi Mujhgan, and Jean Kalilani, Malawi’s Minister of Gender, Children, Disability and Social Welfare. Reza Hossaini represented the men of the world as the only male panelist. He was unafraid to share his expectations for all men.

“Men can and should play their role,” said Hossaini. “And they have a role to play in [changing] social norms.”

"To date Malawi has nullified 650,000 child marriages - but next step is to get those girls back into school" Dr. Kalilani #levelthelawpic.twitter.com/2VLOf07swo

Each panelist sat in the center of the stunning arch under a glowing red light as they shared inspiring perspectives on the meaning of being part of the Commonwealth, a topic which even surprised some of the panelists as they found new meaning during the event.

“It’s interesting for me, being Welsh, and the history of Britain and the empire, that the word Commonwealth can bring up some embarrassments, and I probably would have said that before tonight, and then I’ve really rethought all of that within the last couple of weeks,” said Richards.

“I think that this is such a wonderful moment in time for us… to, as one, rise up together and show the world what it means to be a true leader of laws, rights, and love,” she said.

After a live-jazz performance and welcome reception, the event featured discussions about how the Commonwealth could play a role bringing about equality for girls and women.

The night included a powerful story from Malawi resident Ellen Chilemba, who at age 18 began a sustainable enterprise for women’s business in her home country. Chilemba belongs to a special category of girls in Malawi: she is one of the 14% who attend secondary school in the country. Her story was a potent segway into the dialogue on the need to level the law that came next.

One of the most powerful parts of the night came when Sufi shared her experience of abuse in an early marriage and why leveling the law matters.

“When I was 18 I got married, and that was an abusive relationship…for me it took a long time to make a decision because of the cultural customs, [and] traditions behind all the status and the laws where women were not protected,” said Mujhgan. “We need you all in this room, lawmakers, change makers, advocators [to change this] and soon we’re going to overcome this situation.”

Global Citizen and CHIME FOR CHANGE’s Level the Law campaign aims to pressure governments to end unjust laws such as those that allow child marriage, as in Sufi's case.

And with Mujhgan’s encouraging statement, Global Citizen presented a petition to end polio and level the law to Dr. Helena Dalli, Malta’s Minister for Social Dialogue, Consumer Affairs, and Civil Liberties who will take a strong step forward toward continued action and progress for all the world’s girls and women this year.

Minister Dalli, who accepted the petition, encouraged other countries to follow up on commitments to end polio and put girls first by elminating sexist laws throughout all Commonwealth countries.

"The upcoming Commonwealth Heads of Government Meeting in 2018 presents a historic opportunity to work collectively to advance and ensure the success of the Sustainable Development Goals," said Minister Dalli. "Please renew your financial support to the polio program, so we can end this disease for good, and commit to review and take steps to reform laws that infringe on the basic human rights of girls and women."

The inspiring end to the evening sent guests off committed to the mission of ending polio and making the world a safer, better, and more equal place for girls everywhere.