It’s the worst natural disaster in the US since Superstorm Sandy. 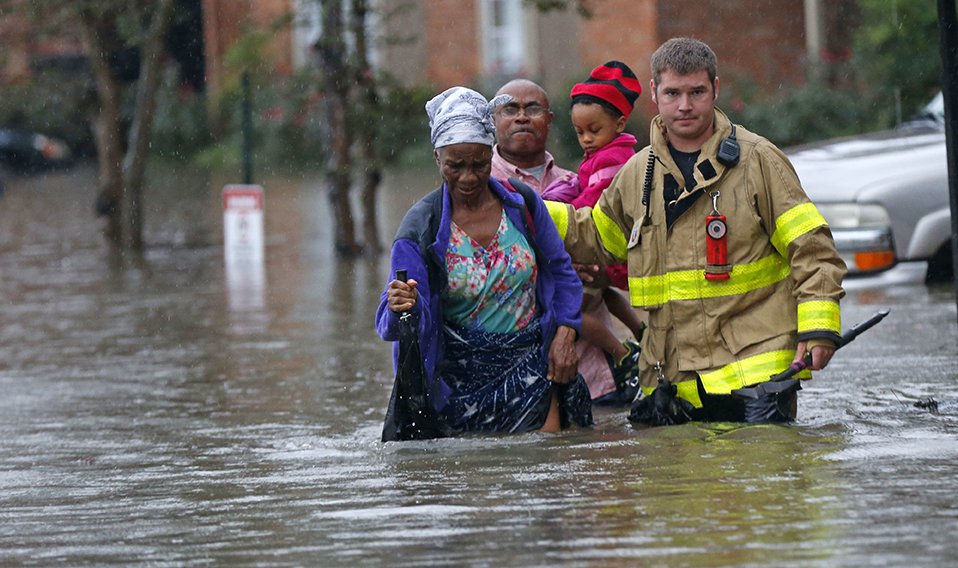 After two feet of rain fell in 48 hours in Baton Rouge, Louisiana, since Friday, the scene is nothing short of catastrophic. Flooding has left 40,000 homes damaged and 11 people dead. More than 30,000 people have been rescued and volunteers are descending on the scene to help out.

It’s being called the worst natural disaster to strike the US since Superstorm Sandy.

The storm, which has been described as a hurricane without the wind, was the result of a low pressure system combining with record amounts of water vapor in the atmosphere, leading to fatal amounts of rainfall.

While residents there are facing endless uncertainty — when will the water recede, what state will their homes be in, when will life ever go back to normal — one thing is becoming crystal clear to weather experts: The epic deluge of water is yet another symptom of increasing climate change.

“Climate change has already been shown to increase the amounts of rain falling in the most intense events across many parts of the world, and extreme rainfall events like this week’s Louisiana storm are expected [to] grow increasingly common in the coming years,” wrote the Weather Underground’s Bob Henson and Jeff Masters.

David Easterling, a director at the National Centers for Environmental Information, which is operated by the National Oceanic and Atmospheric Administration, agreed in comments he made to the New York Times.

Read More: This Message Shows How Clean (or Dirty) Your Air Is

The increased rainfall and flooding “is consistent with what we expect to see in the future if you look at climate models. Not just in the U.S. but in many other parts of the world as well.”

China made headlines earlier this summer for a series of floods over two months which impacted more than half of the country.

This isn’t the first time Louisiana has to deal with extreme weather. Hurricane Katrina was the deadliest storm ever to strike the US, with more than 1,800 fatalities and $108 billion in damage.

“These kinds of record downpours — that’s one of the manifestations of the climate crisis,” said Al Gore in remarks made at the launch of a climate change leadership conference. Gore’s long been a vocal force in promoting climate action.

“Each decade, it has been higher than the previous decade, for about the last 30 to 40 years,” said Kenneth Kunkel, a climate scientist at NOAA’s National Centers for Environmental Information.

Scientists admit it’s too soon to create a direct link between the storms that caused the Louisiana floods and climate change, but it seems inevitable that will happen.