"As a parent I connected with their desire to protect their children." 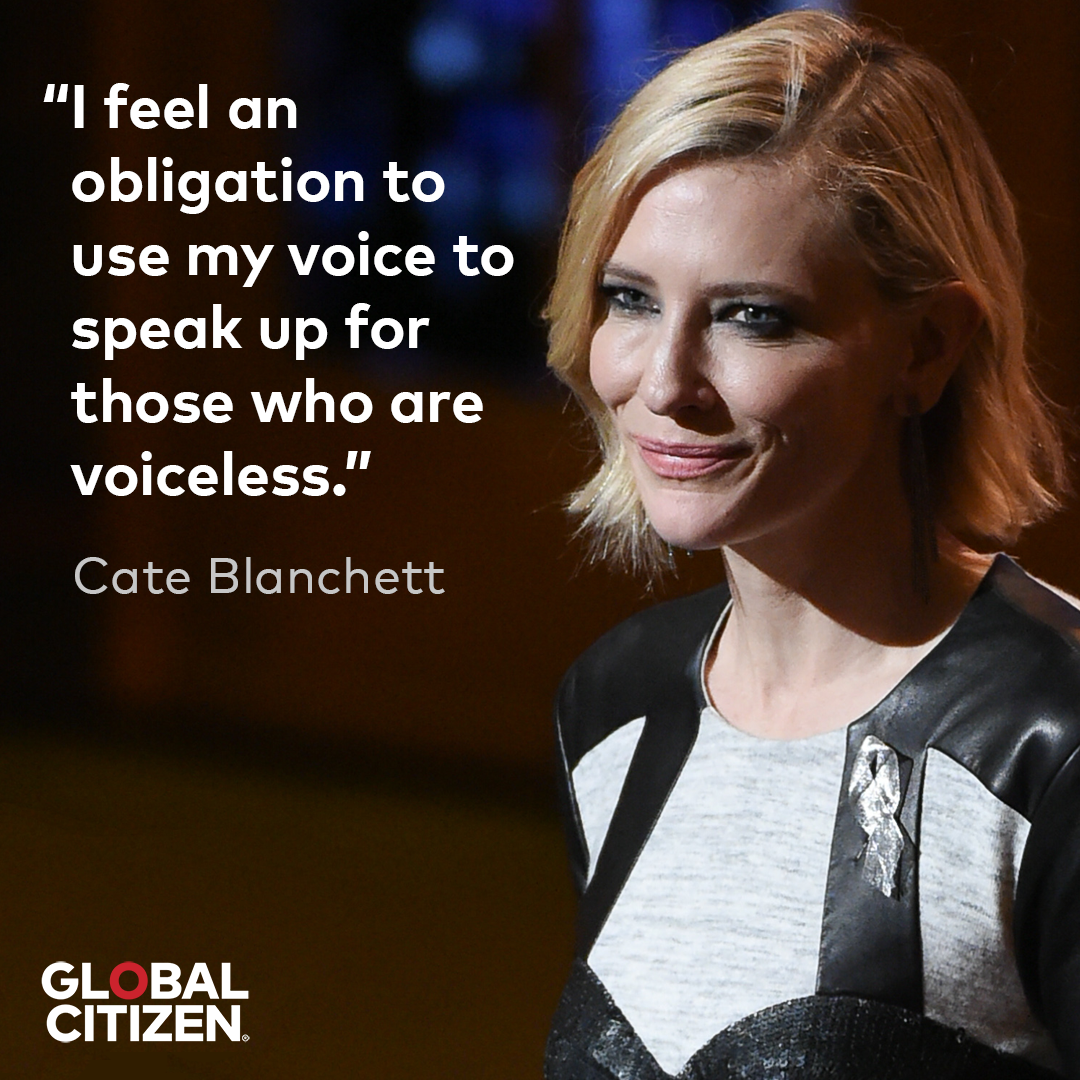 Actress Cate Blanchett, had two human experiences that led her to speak up globally about the refugee crisis.

The first: she felt a deep shame for how her own country, Australia, was treating refugees.The second: being a mother.

In an interview with International Rescue Committee CEO, David Miliband, Blanchett was open and clear that advocating for refugees is more than a PR cause for the actress.

Blanchett was deeply disturbed upon learning about what she called the “draconian immigration policies” of Australia, and the “human rights violations” still taking place at Australia's refugee detention centers on Nauru and Manus Island.

Human Rights Watch, the BBC, and the Guardian have all reported about the abuse at refugee detention centers on Nauru and Manus islands managed by the Australian government, just north of Papua New Guinea.

“Australia’s atrocious treatment of the refugees on Nauru over the past three years has taken an enormous toll on [refugees’] well-being,” Michael Bochenek, Human Rights Watch senior counsel on child’s rights said in a statement in 2016 after investigating detention camps on Nauru.

Take Action: Call on World Leaders to Stand Up For Refugees

These revelations led her to take global action on the refugee crisis.

“Every day I would read the news and feel more and more hopeless about the situation. It got to a point where I could no longer look away or ignore what was happening, not only on Australian shores but around the world,” Blanchett told Miliband in an interview for Town & Country magazine.

Instead of turning away from the refugee crisis, however, Blanchett reached out to the United Nations Refugee Agency (UNHCR) in 2014 and took action.

Now, Blanchett has been a UNHCR Goodwill Ambassador since May 2016. She uses her voice to amplify the importance of helping refugees. Currently, she’s working on a UNHRC campaign to encourage others to stand up and say they are #WithRefugees.

'We are seeking to mobilize more voices in support of refugees than ever before' - Cate Blanchett is #WithRefugeeshttps://t.co/dgkCE9GJWR

In addition to feeling that her country was not doing enough for refugees, Blanchett says that “being a mother” was central to the connection she felt to the refugee crisis. Nearly half of the world’s refugees are children. This staggering realization was the tipping point for Blanchett when it came to activism.

“As a parent I connected with their desire to protect their children and provide them with every possible opportunity in life: a safe home, an education—but most important, a childhood free from the horrors of war,” she said. 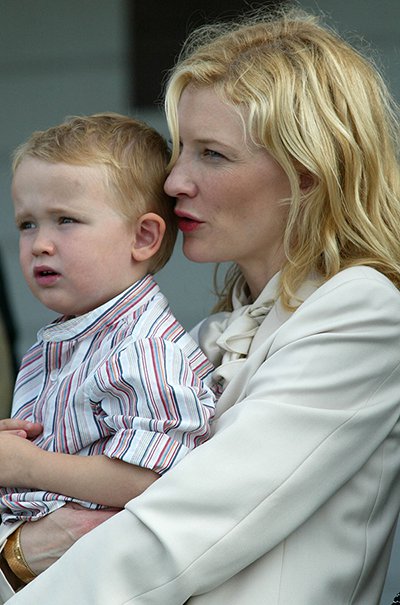 Blanchett is a voice for the 65.3 million people who are displaced from their homes in the world. She has travelled with her family to the world’s largest Syrian refugee camp, the Zaatari Refugee Camp in Jordan.

Read More: Half of All Migrants Are Children, And Other Startling Facts About Refugees

Her own son, 9, has played with another boy, 13, who now walks with a limp because of metal shrapnel from a sniper attack in Syria, the boy’s parents told Blanchett.

But despite the tragic stories Blanchett has heard, it’s the hope in each refugee that inspires Blanchett to continue her advocacy work.

“They would talk of their future with hope and excitement, despite their circumstances and the challenges they knew they would face in starting a new life elsewhere,” she said. “Their optimism and gratitude were incredibly humbling.”

For global citizens already engaged in supporting refugees, keep advocating, and “telling the individual human story,” according to Blanchett.

“The way we discuss these issues counts. Never has there been a greater need for tolerance, compassion, and solidarity with people who have lost everything. Never has there been a more important time to advocate for shared responsibility within our own communities and to address the fear and xenophobia that are dividing societies,” she said.

And for those not yet moved by individual stories of refugees, Blanchett says, go meet some refugees.

“I think if people were to meet the refugees I have had the privilege to meet, their cynicism would vanish,” Blanchett said.