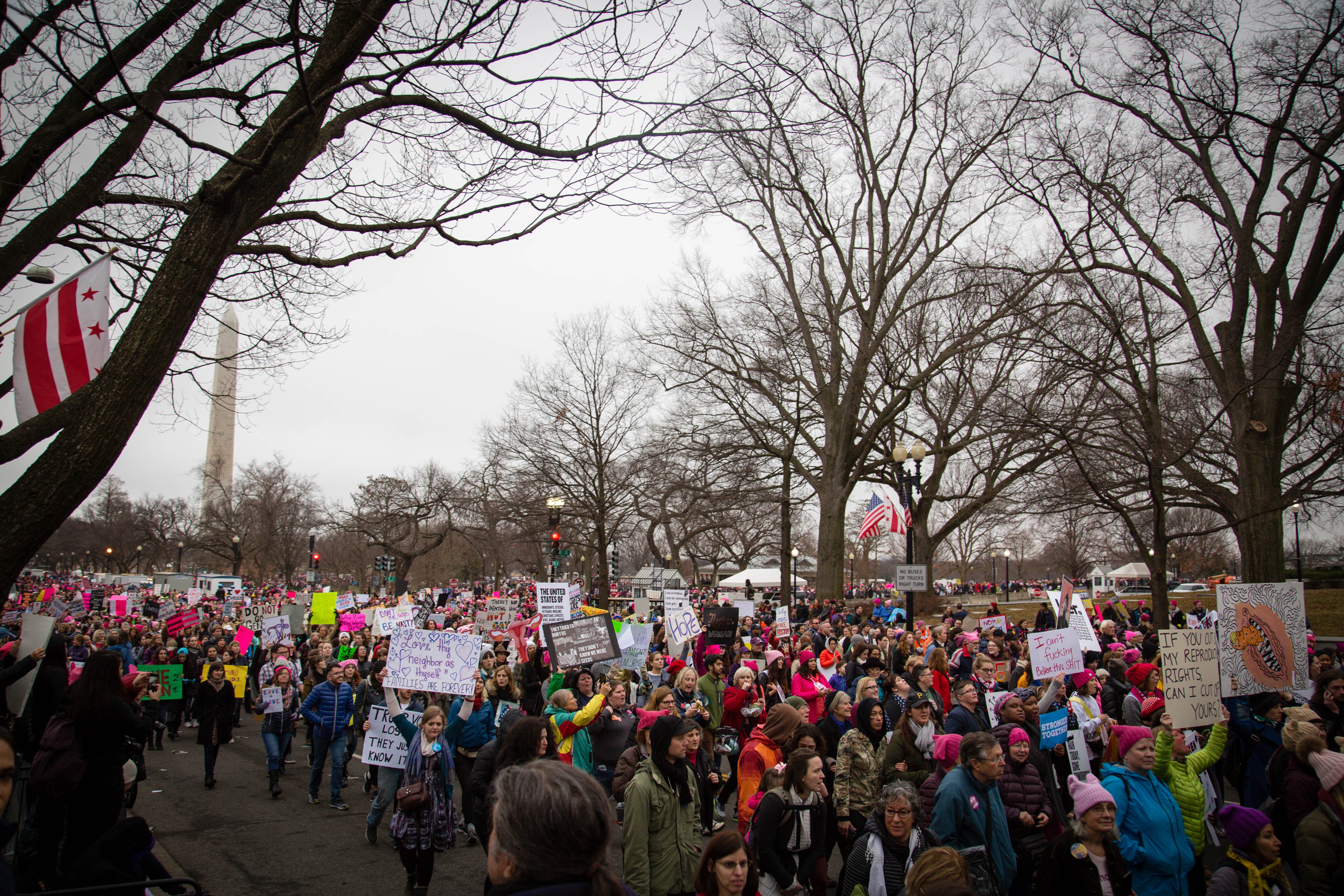 The Women’s March on Washington was arguably the largest single-day demonstration in recorded United States history — only the Vietnam War Moratorium days in 1969 and 1970 and the first Earth Day in 1970 rival it.

Today, the millions of Americans who attended, peacefully protested, and held up their signs and raised their voices became the recipients of a prestigious award — and they might not even know it.

That’s right. PEN America, a nonprofit uniting writers and their allies to defend human rights, will honor the participants and organizers of the Women’s March with the 2017 PEN/Toni and James C. Goodale Freedom of Expression Courage Award.

Read More: Millions of Women March Around the Globe Day After Trump Inauguration

The award, established in 2014, acknowledges “exceptional acts of courage” in exercising freedom of expression.

“The Women’s March was the first sign of popular resistance to the new administration,” Andrew Solomon, president of PEN America, said in a statement. “It demonstrated the power of women and, in turn, the power of the vast diversity that is America. It was an assertion of human rights … and it emboldened President Trump’s critics to speak out loud and clear in solidarity with one another.”

What began as an pipe dream on Facebook became a worldwide movement, inspiring citizens to once again believe in the power of civic action. Since the march, people across the country emboldened by the turnout on Jan. 21 have rallied together for countless other calls and injustices.

“If not for the Women’s March, people would not have flooded to airports over a weekend to reject a discriminatory visa ban just days later,” Suzanne Nossel, executive director of PEN America, said in a statement.

Bob Bland, one of the four national co-chairs who helped make the march possible, will accept the prize this April 25 on behalf of all of those who took part. Previous recipients include the surviving staff of French satirical weekly Charlie Hebdo, which was the target of a violent attack in 2015.

“We honor the Women’s March for acting at a critical moment to overcome the inertia and fear of failure that can impair public mobilization,” Nossel continued. “And for inspiring millions in America and around the world to do the same.”

TopicsWomen's RightsWomen's March on WashingtonPEN Award
Brought to you by