A firefighter runs while trying to save a home as a wildfire tears through Lakeport, Calif., July 31, 2018.
Noah Berger/AP
NewsDefend the Planet

These Photos Show the Terrifying Scale of California's Largest-Ever Wildfire

Why Global Citizens Should Care
Climate change makes fires more intense and longer-lasting, putting communities around the world at risk. The United Nations' Global Goals call on coutnries to fight climate change. You can join us in taking action on this issue here.

In 2017, the biggest fire in California's recorded history ravaged 282,000 acres of land. Over the past few weeks, the Mendocino Complex fire has broken that record, surpassing 290,600 acres as of early Aug. 7, according to the New York Times.

The fire has so far destroyed 75 residences and 68 other structures, and caused people to flee endangered areas. It hasn't, however, caused any known deaths.

Firefighters are furiously working to contain the fire, dumping truckloads of fire retardant on flames and roads, and soaking accessible areas with hoses, CNN reports. As of Tuesday morning, 34% of the fire had been contained, according to Cal Fire.

The fire's ferocity is especially worrisome because it comes during the middle of the fire season, according to the Times, and fires generally become more fierce in later months when conditions become more dry. As a result, it's possible that an even bigger fire will arrive in future months.

Either way, the trend in California and elsewhere is clear: Climate change is making forest fires more intense and longer-lasting. Since the state began recording fires a century ago, 15 of the top 20 strongest fires have come after 2000.

As the Mendocino Complex Fire burns, the Carr Fire is also actively scorching land farther north in California, and has so far killed seven people. Another alarming consequence of this new era of fires is that firefighters are dying and becoming injured at higher rates than in the past. That includes inmate firefighters, who are enlisted to fight some of the worst blazes for around $1 an hour.

Below are some images of the Mendocino's Complex Fire's destruction that show just what California is dealing with. 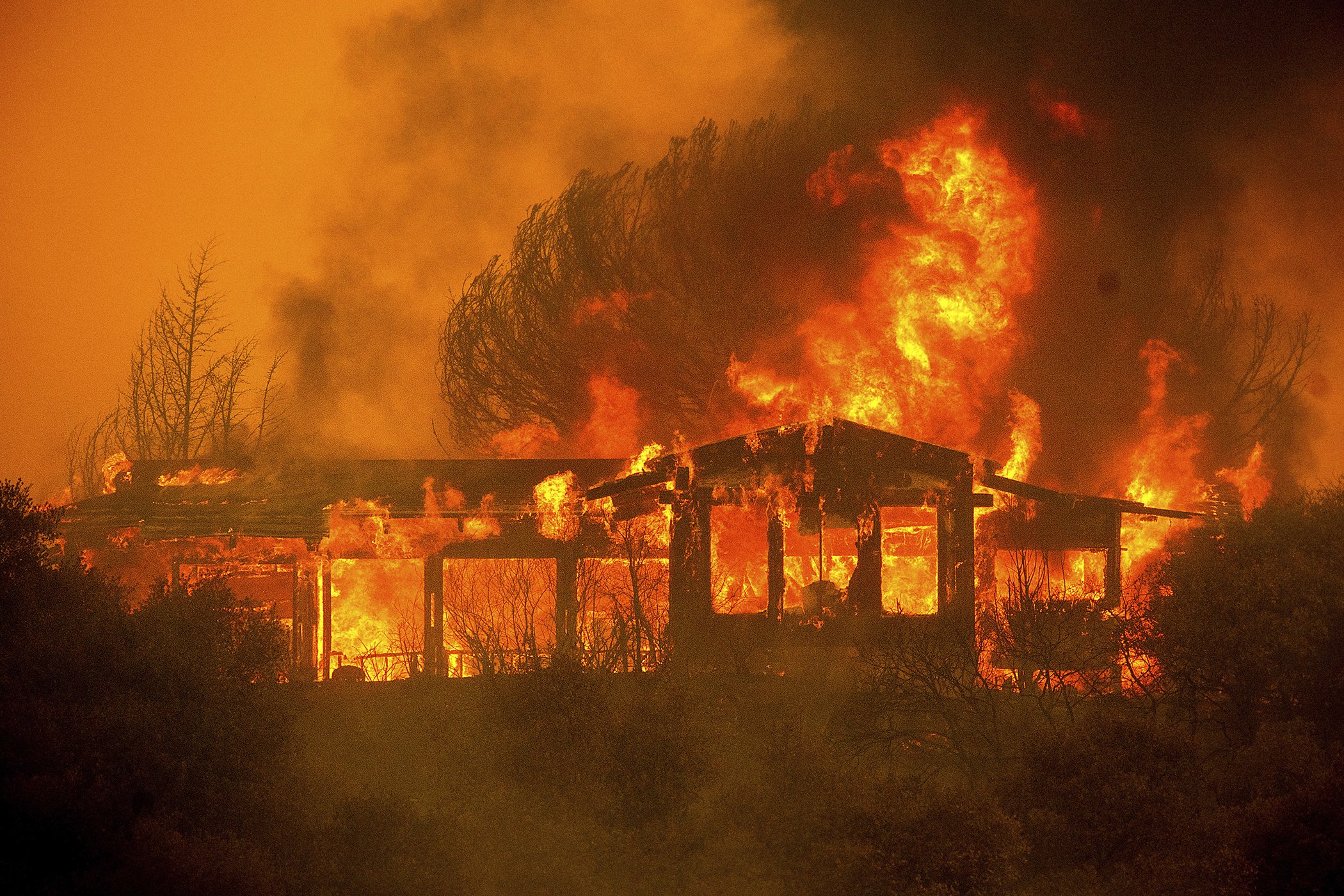 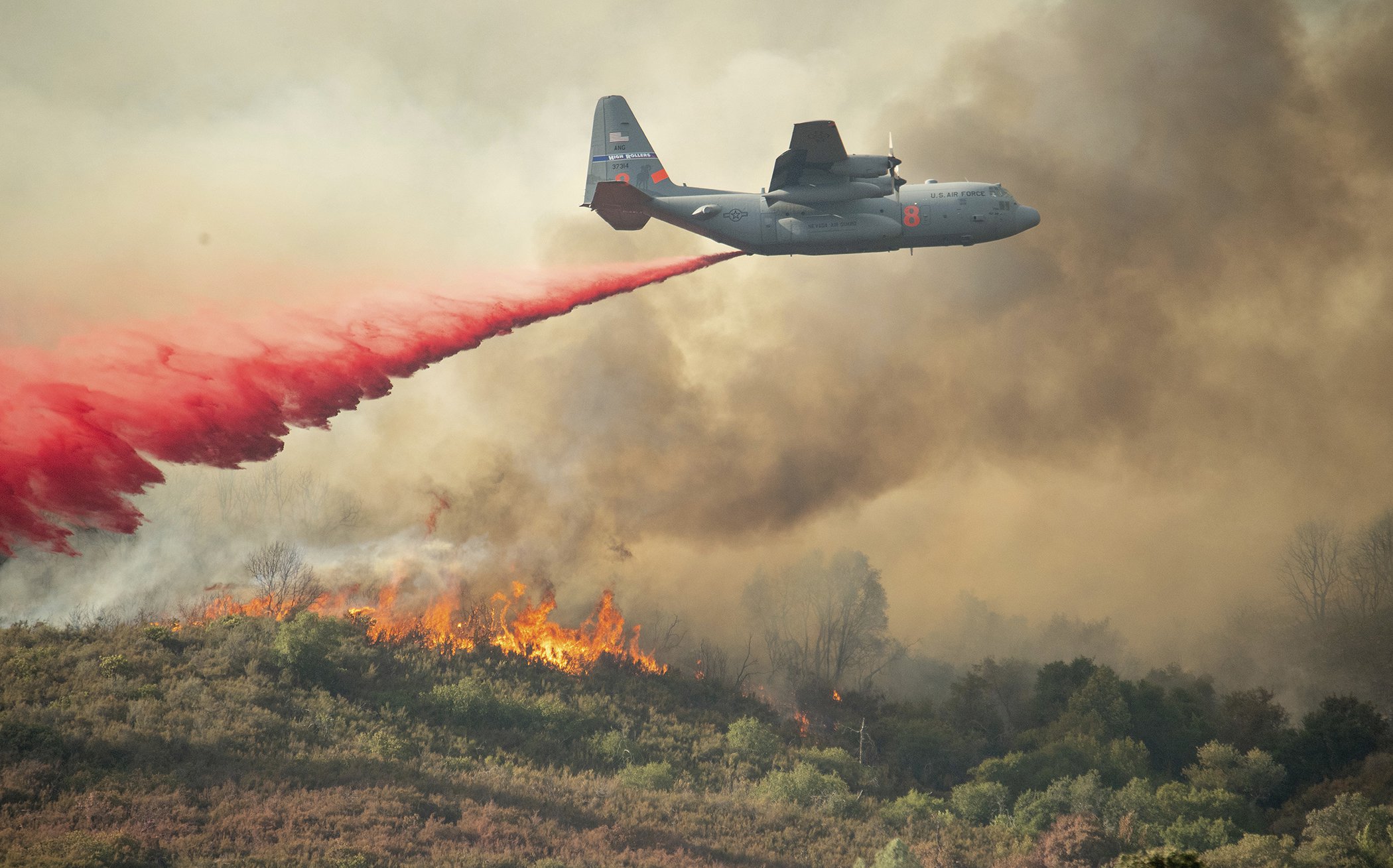 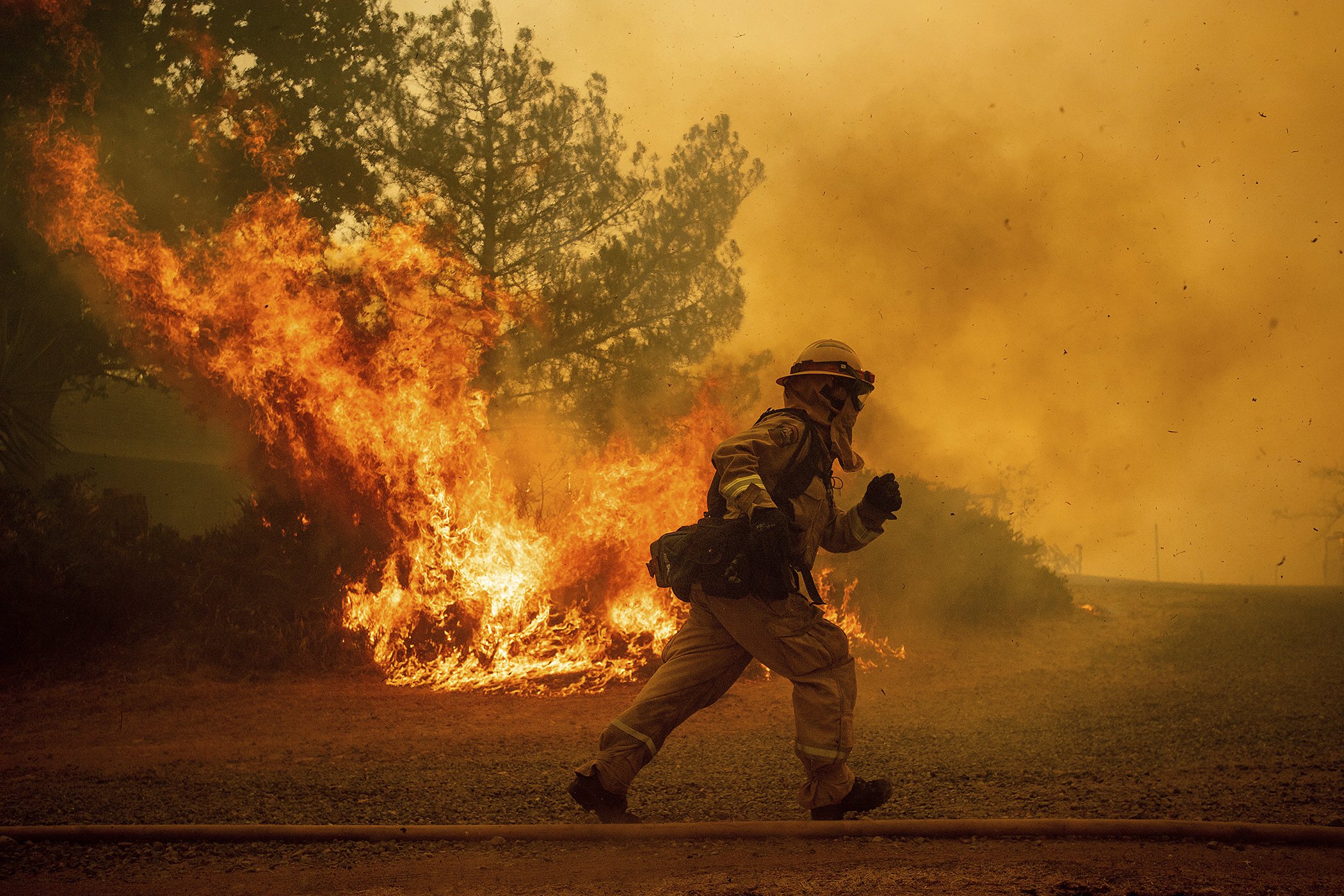 A firefighter runs while trying to save a home as a wildfire tears through Lakeport, Calif., July 31, 2018. The residence eventually burned. Firefighters pressed their battle against a pair of fires across Mendocino and Lake counties.
Image: Noah Berger/AP

A starry night view of the smoke clouds rising from the Ranch Fire burning in the Mendocino National Forest. 📷: @yamphoto

A 747 Global Airtanker makes a drop in front of advancing flames from a wildfire in Lakeport. 📷: Kent Porter via AP

This is what the California wildfires – now officially the state's biggest ever – look like from the International Space Station. This photo from the European Space Agency shows the fires, including the Mendocino Complex fire, made up of the Ranch and River fires, has consumed close to 300,000 acres since it began on July 27. It beats a record set further south only eight months ago. It is larger than the Thomas fire which started last December around Ventura and Santa Barbara in southern California, which burnt through almost 282,000 acres and caused more than $2bn worth of damage. Almost 4,000 firefighters and other personnel are tackling the Ranch fire, the larger of the two in Mendocino, which is still only 20 per cent contained. “All fighting like hell, facing tough conditions and high temps,” Mike McGuire, state senator for California’s North Coast region, said in a Facebook post on Tuesday morning. Read more at FT.com Picture by AFP / ESA / Alexander Gerst #FT #financialtimes #riverfire #california #lakeport #fire #wildfire #ca #cali #unitedstates #usa #nature #naturaldisaster #firefighting #firefighter #airplane #disaster #space

Fifteen year-old Alex Schenck carries a water bucket while fighting to save his home as the Ranch Fire tears down New Long Valley Rd near Clearlake Oaks, California. The Ranch Fire is part of the Mendocino Complex, which is made up of two blazes, the River Fire and the Ranch Fire. Photo: Noah Berger/AFP/Getty Images. #wildfire #californiafires #mendocino #ranchfire #riverfire

TopicsEnvironmentclimate changeCurrent eventsCaliforniaFiresWildfires
A firefighter runs while trying to save a home as a wildfire tears through Lakeport, Calif., July 31, 2018.
Noah Berger/AP