This is a huge step forward for clean energy in Britain. 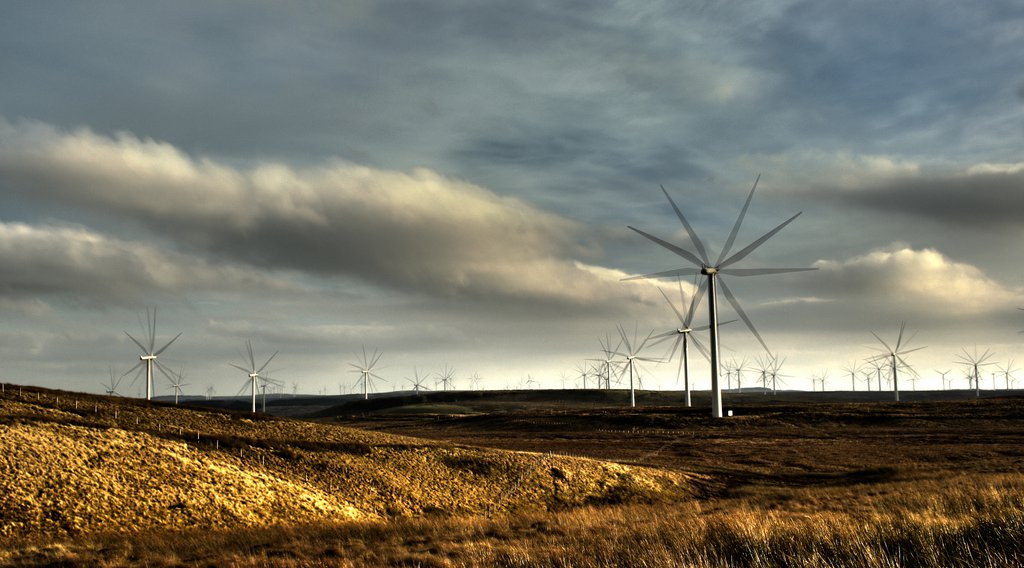 Energy from offshore wind farms in the UK will be cheaper than energy produced by new nuclear plants for the first time ever, in a ‘breakthrough moment’ for Britain’s clean energy.

The revelation followed an auction, held early on Monday, in which energy companies bid on subsidies from the British government.

It’s a bit wonky, but this year, two firms — Denmark’s Dong Energy and Spain’s EDP — said they were willing to build offshore wind farms for very low bids. The companies said they would build the new farms by 2022-23 for just £57.50 per megawatt hour (MWh), less than the £70 to £80 per MWh that industry watchers had predicted.

The way the maths works out, wind energy will now be cheaper than new Hinkley Point C nuclear plant, which secured subsidies of £92.50 per MWh.

The costs represent a significant drop from the 2015 auction, during which offshore wind farm projects won subsidies between £114 and £120 per MWh.

“This is a breakthrough moment for offshore wind in the UK and a massive step forward for the industry,” said Matthew Wright, the managing director for Dong Energy UK.

Global Citizen campaigns to achieve the Global Goals, including goal No.7 for affordable and clean energy. You can take action with us here.

But that’s not the only bright spot for the UK’s clean energy economy.

The offshore wind sector alone will invest £17.5 billion in the UK before 2021, according to government ministers, and will create thousands of new jobs in British businesses.

The energy auction, known as the Contract for Difference, is the reverse of a normal auction — so firms compete for the lowest possible subsidy that would mean they can still guarantee the clean energy project is delivered.

Firms involved in the auction bid for the opportunity to deliver clean energy projects for the lowest cost possible. The subsidies paid to the firms are paid for by consumers, as part of their energy bills.

The auction revealed that the cost of subsidies for new offshore wind farms has halved since the last auction in 2015, according to figures released by the Department for Business, Energy, and Industrial Strategy.

Falling prices are a result of several factors, including bigger turbines, higher voltage cables, and lower cost foundations, as well as growth in the UK supply chain and the downturn in the oil and gas industry, according to the BBC.

Richard Harrington, the minister for energy and industry, said: “We’ve placed clean growth at the heart of the industrial strategy to unlock opportunities across the country, while cutting carbon emissions.”

He added: “The offshore wind sector alone will invest £17.5 billion in the UK up to 2021 and thousands of new jobs in British businesses will be created by the projects announced today.”

Read more: 13 Far-Fetched Ideas That Might Actually Save the World

The news has been very well received by clean energy backers.

Michael Grubb, professor of energy policy at University College London, described the falling costs as “a huge step forward in the energy revolution.”

“It shows that Britain’s biggest renewable resource — and least politically problematic — is available at reasonable cost,” he told the BBC.

Caroline Lucas, co-leader of the Green Party, said: “This massive price drop for offshore wind is a huge boost for the renewables industry and should be the nail in the coffin for new nuclear.”

But nuclear firms said the UK still needs a mix of low-carbon energy, particularly for when wind power is not available.

“New nuclear remains competitive for consumers who face extra costs in providing backup power when the wind doesn’t blow or the sun doesn’t shine,” the firm told the BBC.

“There are also costs of feeling with excess electricity when there is too much wind or sun.”