“This is a complete earthquake in Brazilian political history.”

Why Global Citizens Should Care
Brazil has the eighth largest economy in the world, yet 50 million people live below the country’s poverty line. You can join us in calling for an end to extreme poverty here.

Brazil overwhelmingly elected the far-right candidate Jair Bolsonaro on Sunday to be its next president in what is being hailed as the country’s most radical break with electoral tradition in decades.

His victory is widely seen as a rejection of the country’s political status quo, which has been dogged by the largest corruption scandal in its history, soaring crime, and a faltering economy.

“This is a complete earthquake in Brazilian political history, not just the election but also how the campaign was a complete collapse of the political center,” Christopher Sabatini, lecturer of international and public policy at Columbia University, told Global Citizen. “Basically you have a very pitched and polarized system, and now a radical, outsider president-elect.”

In the final run-off vote, Bolsonaro handily defeated Fernando Haddad, a former mayor of São Paulo and member of the Workers Party (PT), an affiliation that likely contributed to Haddad’s loss because of the party’s association with Operation Car Wash, the corruption scandal that has plagued the country for the past several years.

“I think [Bolsonaro’s win] was primarily about anger at the Workers Party and frustration at Brazil’s current situation,” said Anna Prusa, analyst at the Wilson Center’s Brazil Institute. “A lot of Brazilians saw the PT as part of the traditional elite and being the leaders in government that led Brazil into its longest recession and this vast corruption scandal.”

Bolsonaro ran on a law-and-order and deregulation platform as a member of the far-right Social Liberal Party. He has vowed to crack down on crime, cut government spending, and open up the Amazon rainforest to industrial interests to spur economic growth. During the campaign, he frequently resorted to divisive and violent rhetoric, threatening to jail his opponents, professing his admiration for military dictatorships, and calling for PT members to be shot.

Bolsonaro also has a long history of making offensive comments about women, LGBTQ people, Indigenous communities, and people of color.

In a victory speech, Bolsonaro toned down this rhetoric and instead tried a unifying message.

“We have everything we need to become a great nation,” Mr. Bolsonaro said Sunday night in a video broadcast on his Facebook account. “Together we will change the destiny of Brazil.”

He also said that he would lead the country for all Brazilians.

Bolsonaro’s middle name is “Messiah,” and throughout his campaign he often framed himself as a savior of the country. During his 27 years as a congressman, however, he failed to distinguish himself as a skilled legislator, according to Prusa.

“He wasn’t incredibly effective as a congressman,” she said. “He sponsored two pieces of legislation in 27 years, and it’s unclear if he has the political skills necessary to negotiate to get things done, to do the backdoor political negotiations that are needed."

His scant policy resume and his tendency to focus on crime and corruption has made it unclear how he will govern on many issues.

“His priorities are angry platitudes about addressing crime and security and cleaning up corruption,” Sabatini said. “Very little is known about what he would do precisely.

“He’s never described the problems that really plague Brazil — poverty, inequality, racism, job creation,” he added. “He really is a cipher when it comes to his economic policy.”

Despite the vagueness surrounding his campaign, there are still clues that give a sense of how he might govern. Here are how five key issues may play out under a Bolsonaro presidency.

Brazil is one of the most unequal countries in the world, with the six most wealthy individuals owning as much wealth as the bottom 100 million people in the country, and massive wealth disparities along racial and ethnic lines.

Over the past two decades, robust welfare programs championed by the PT like Bolsa Familia, a cash transfer program, have helped to lift millions of people out of poverty, but more than 50 million Brazilians still live under the poverty line.

And the gains that have been made have begun to recede in recent years as inflation diminishes the impact of static welfare payments, according to Sabatini.

Under current President Michel Temer, government spending has been cut and Sabatini expects these cuts to continue under the new administration. Welfare programs that are closely tied to the PT could become early targets.

As a congressman, Bolsonaro supported strong national control of the economy and voted against pension reform, according to Prusa. As a presidential candidate, however, he called for weakening government regulation, balancing the federal government through cuts to discretionary spending, and restructuring pensions plans.

His finance minister Paulo Guedes has said that they will try to “privatize everything.”

After the election, Guedes further articulated this intention, saying that Brazil is stuck in a “social democratic” model of “uncontrolled, expanding public spending” and that  government spending will be curbed, according to the Guardian.

“We are prisoners of low growth,” he said. “We have very high taxes, we have high interest rates, we have snowballing debt. It made Brazil poor.”

“Private investments are the motor of economic growth, and that’s what we are going to do,” he added. 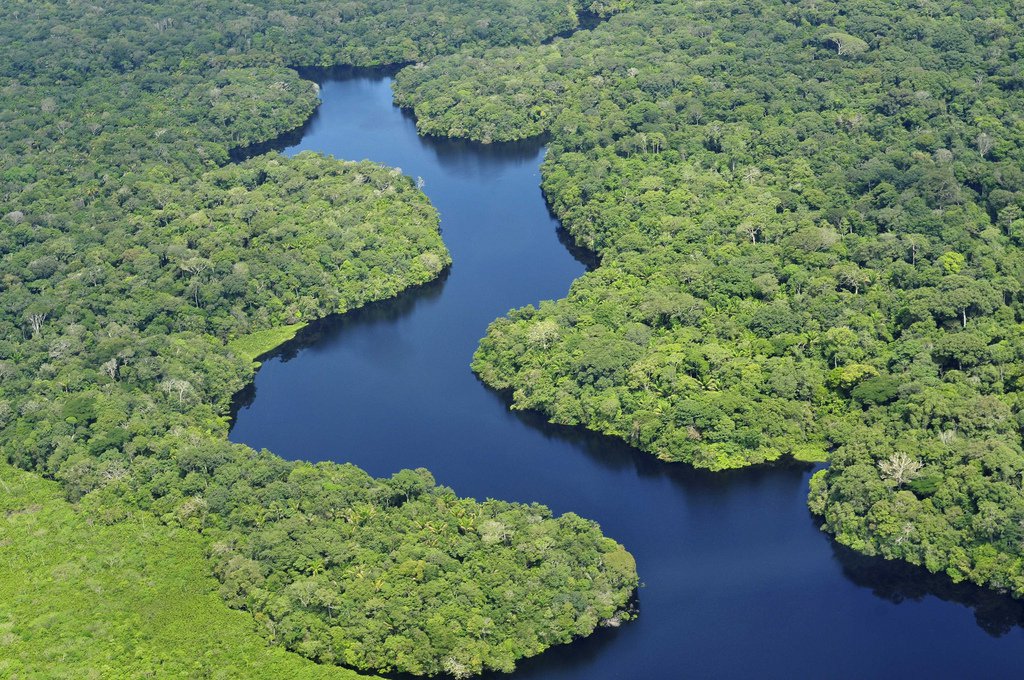 The Amazon rainforest is often referred to as “the lungs of the planet” because the largest tropical forest in the world absorbs significant amounts of greenhouse gas emissions.

Bolsonaro has said that environmental policies meant to protect the forest are “suffocating the country.” Deforestation had slowed by 70% between 2005 and 2011 because of strong regulations, but since then lobbying by industrial interests has pushed the country in the opposite direction, and this trend has accelerated under president Temer.

The president-elect has promised to further open up the rainforest to agriculture, cattle rearing, and mining.

“This will be a government that prioritizes the interests of the agriculture sector and the mining sector over the concerns of environmentalists,” Prusa said. “We can expect to see the rolling back of regulations, and perhaps increased land conflicts.”

Read More: Brazil Is Rolling Back 20 Years Worth of Environmental Protection Policies

Bolsonaro had previously said that he would withdraw from the Paris climate agreement, but he has since walked that pledge back, and he also withdrew a promise to get rid of the country’s environmental minister.

But even if Bolsonaro stays within the Paris climate agreement, greenlighting deforestation would make it impossible for the country to achieve the climate targets it set under the global pact.

For the people advocating to protect the Amazon, the new president may bring about more dangerous conditions. Brazil is currently the deadliest country in the world for environmental advocates, and Bolsonaro said that Indigenous land claims will be rejected.

“This is a signal to these cowboy settlers, loggers, and land clearers that they can get away with the sorts of paramilitary death squads and murder and harassment and uprooting of Indigenous communities with impunity,” Sabatini said.

“He represents a deep cowboy attitude toward the Amazon,” he added. “He thinks it should be used for economic greatness rather than as a larger global good of the public.”

Brazil has one of the highest murder rates in the world, and Bolsonaro was vaulted to power partly because of his tough stance on crime. The president-elect said that he would crack down on crime by promoting the death penalty, allowing police to shoot first and ask questions later, and loosening gun laws.

Brazil already has a higher rate of police killings than the Philippines, which is home to a notorious war on drugs, and critics fear that Bolsonaro’s approach could lead to greater abuses of power.

The president-elect is an open supporter of torture, and Human Rights Watch argues that his views led to political violence during his campaign toward victims who were “lesbian, gay, bisexual, and transgender (LGBT) people, women, and Afro-Brazilians.”

In the days leading up to the election, a reported 20 universities were raided by police and had materials relating to anti-fascism and the history of dictatorship confiscated. Bolsonaro said that he would work to purge schools of this kind of “ideology” if elected.

“Human Rights Watch will closely monitor the rhetoric and actions of the Bolsonaro government,” said José Miguel Vivanco, Americas director at Human Rights Watch, in a statement. “We will continue doing the rigorous, independent research and advocacy we have carried out in Brazil for the last decades in defense of human rights for all Brazilians, regardless of gender, sexual orientation, race, political beliefs, or religion.”

In addition to encouraging violence, Bolsonaro has also promised to jail and otherwise harass his political opponents. In the days leading up to the election, a reported 20 universities were raided by police and had materials relating to the history of fascism confiscated.

As Brazil’s presidential campaign entered its final weeks, hundreds of thousands of women throughout Brazil mobilized around the phrase “Ele Nao!" or "Not him!" in protests against Bolsonaro, who they viewed as misogynistic.

The Intercept described him as “the most misogynistic, hateful elected official in the democratic world” for his many comments disparaging women.

Women’s rights advocates in Brazil have called for pay equity, greater access to opportunity, and for abortion to be legalized. In a country where up to 1.2 million women covertly get an abortion each year, and 250,000 are hospitalized due to complications, Bolsonaro opposes the effort to legalize the procedure. The president-elect also says that the women should be paid less than men.

Hundreds of Venezuelans cross Brazil’s northern border every day seeking help. They’re part of the more than 1.5 million people who have left Venezuela since 2015 as the country struggles with a collapsed economy and health care system, and millions of people struggle with food insecurity.

Bolsonaro has railed against the border crossings and said that he would send the military to monitor the situation.

Read More: Venezuela's Crisis Has Put Women and Children at Higher Risk of Being Trafficked

He also called refugees “the scum of the Earth.”

On this and other issues, Bolsonaro reflects political trends happening elsewhere in the world, where countries have been electing reactionary politicians, Prusa of the Wilson Center said.

“I think he definitely fits in with the trends that we’re seeing elsewhere,” she said. “People have this sense that they’re not benefiting from the global economy in perhaps the way they’d like to, they think that they’re economic position is somehow at threat, and there’s lot of fear that someone who isn’t like you will benefit and you won’t.”

“Bolsonaro has used this anti-establishment rhetoric effectively,” she added. “He’s tapped into fear and anger, rather than turning to hope or plans for the future.”