This 8-Year-Old Raised Almost $6,000 to Buy His Best Friend a New Wheelchair

He noticed the problems caused by Kamden’s bulky wheelchair, and decided to do something. 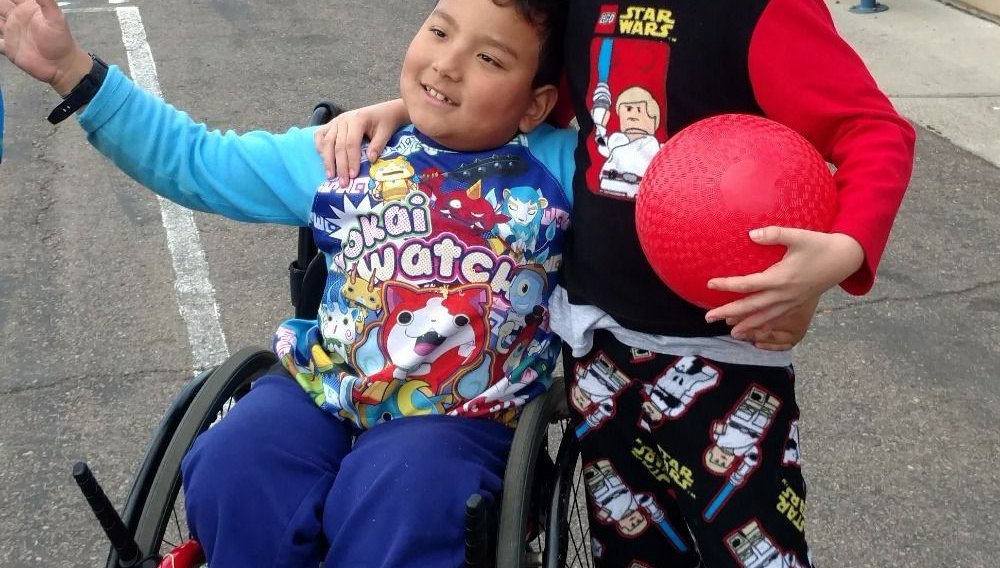 Kamden Houshan is not your typical eight-year-old —  but neither is his best friend Paul Burnett.

The two boys met in kindergarten, connecting over their mutual love for superheros and goofy videos. Despite the fact Kamden is a paraplegic and relies on a wheelchair, unlike other kids in class, Paul never acted like his friend was different.

“What really contributes to their friendship is that Paul does not see Kamden as someone who has a disability,” Yvonne Houshan, Kamden’s mom, told TODAY. “He sees him as Kamden. Because of that Kam truly is himself around him.”

Take Action: Call on the UK government to ensure every last child gets the education and healthcare they need

Kamden was born with a tumor on his spine’s T2 and T3 vertebrates. The mass was so large that it engulfed his spinal cord and necessitated three surgeries to remove. While the mass was successfully debulked, Kamden is disabled and will rely on his wheelchair for the rest of his life.

Although it offers him some freedom and mobility, a bulky wheelchair hasn’t always made it easy for Kamden to keep up with his fellow energetic eight-year-olds. 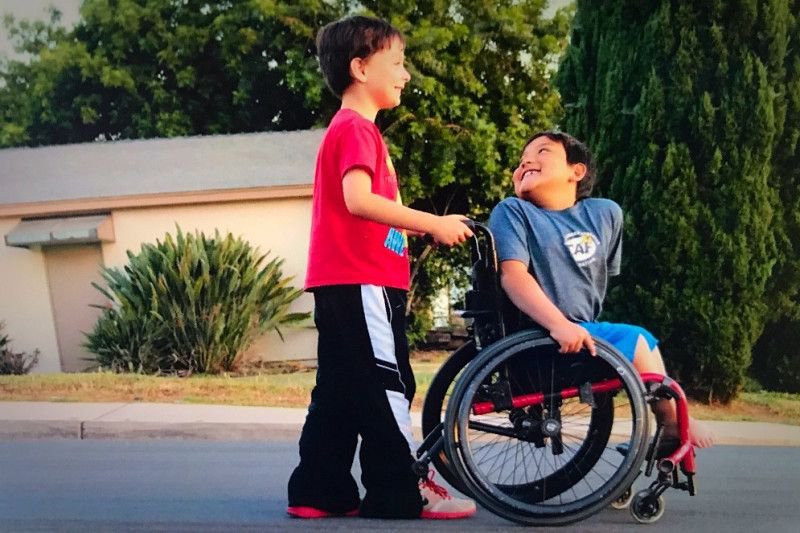 One day, while Kamden and Paul were on a playdate, Paul found himself helpless and horrified as he witnessed Kamden’s wheelchair tip forward, sending Kamden toppling to the ground.

“Paul was just in shock,” Jenny Burnett, Paul’s mom, told TODAY. “We didn’t know that it had a lot to do with the chair … it wasn’t really fitted for him.”

Paul believed that the accident was partly due to the fact Kamden had outgrown his wheelchair.

The Houshans are residents of Poway, California, and the state’s Medicare program only pays for a new wheelchair every five years. For a growing boy, that is not often enough to accommodate his body’s changes.

“We couldn’t afford another chair,” Kamden’s mother said. “We put it on the back burner.”

What she didn’t know was that her son’s best friend, Paul, had been had been noticing the problems Kamden’s wheelchair was causing, and decided to do something about it.

After the pair finished up second grade this summer, Paul told his mom that he wanted to help Kamden get a new wheelchair. The boy had watched a video about fundraising websites and was confident that if he started one, people would chip in to help his friend get a customized wheelchair.

Paul’s mom helped him start this Go Fund Me Page, that, in only 26 days, has far surpassed its original target goal: after setting a goal of $3,900, the campaign has raised $5,935, fully covering the cost of a customized wheelchair.

“His wheelchair has fallen forward many times and that sucks. Also, he has a really hard time pushing it because it's so heavy,” Paul wrote.

Paul said he wanted to help Kamden because “he’s a good friend and he’s kind.”

The appreciation is reciprocated by Kamden. 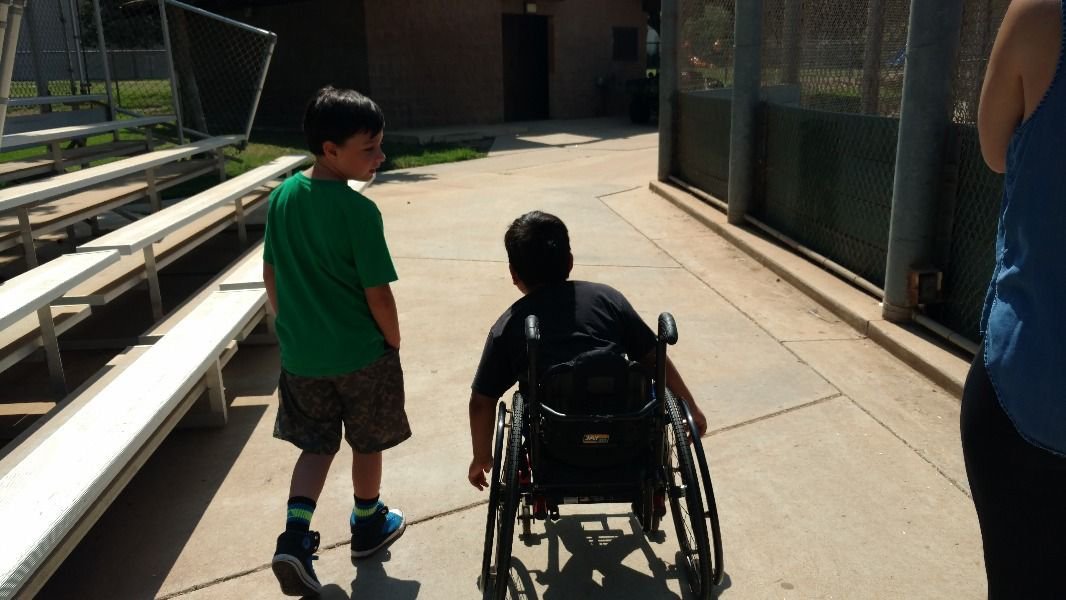 He was already able to test out a demo wheelchair like the customized one he will receive in August, and the new chair was clearly an upgrade. The demo chair accompanied the Houshans to a family member’s baptism, and Kamden was out on the dance floor, rocking the chair from side to side.

“This new chair is a lot lighter,” Houshan said. “It will make things so much better. He could push himself more and do more.”

“Paul is really just a sweet kid,” she said. “I just couldn’t believe it. Who would have thought? I never guessed it would be like this, not in a million years.”

According to the 2016 Disability Statistics Annual Report, about 6.4% of youth in America live with a disability. One in 50 people are living with paralysis like Kamden — that is 5.4 million people nationwide.