“What makes you two different from each other?”

In an adorable video created by the BBC’s children’s programming channel, CBeebies, children of multiple ethnicities and abilities were asked, “What makes you two different from each other?”

Their answers are utterly heartwarming.

Most children in the video jump to a conclusion about things that they personally enjoy and that others don’t like as much as them, like food. Seriously, a lot of food is mentioned: lettuce, tomato sauce, goujon and chips, sushi.

Others find differences in their abilities to swim, dance, or play soccer, hide and seek, and gymnastics.

What the children don’t seem to mention — or notice — are the physical differences among them, the sorts of differences that adults all too typically rely on for categorizing people by race, ethnicity, looks, or physical abilities.

One boy says that his friend, “never stops talking,” but a woman who claimed to be his mother on Facebook said he is just as guilty of being chatty. 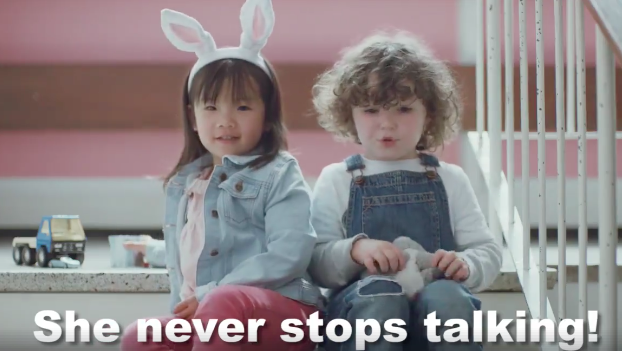 “My little boy was the youngest one, the curly haired one, who accused his friend of never stopping talking (which is ironic, as he literally never shuts up!) Just love the advert! We went down to London to film a few weeks ago and didn't know whether any of his footage would be used, so it's so lovely to see his little chops on there!” Facebook user Robyn Amy said.

And a pair of identically dressed boys struggle the entire length of the ad to come up with an answer to the question.

Finally, the pair admits their abilities to play tag, a game of chase between children, vary. One boy admits that he is better at running and chasing. But he also points out that his friend, Matthew, is better at staying safe from being tagged. 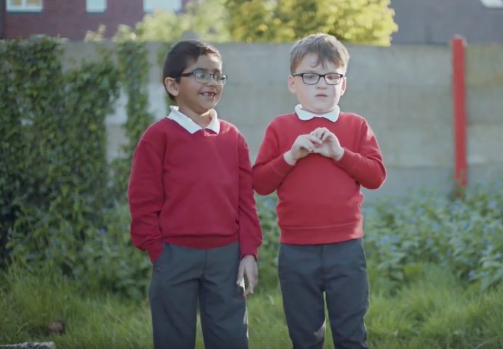 While the video may appear to make it seem as though children are color-blind to differences, that’s not entirely the case.

Children just don’t place importance on these differences, Dr. Sally Palmer, a lecturer in the Department of Psychology and Human Development at University College London told the BBC.

Palmer told the BBC that she believes that by spending more time around people of different backgrounds, adults and children can learn to overcome stereotypes and discrimination built by society.

“Just by opening up a conversation, recognising those similarities and recognising where we have things in common - that can break down barriers,” she said.

The ad from the BBC Family and Education News network advertises Cbeebies, a education television program for children under age 6.

However, watching the television channel’s shows might be a problem for one child from the video.

“I can’t watch that much television because squirrels are biting all the wires,” said one boy in the video commenting on the difference between him and his friend.