Ever wondered what “Harry Potter” would look like with a black cast? It’s magical — and if you’re surprised about seeing a film poster with a black lead actor, it’s indicative of a much wider problem.

Check out their pages and support👌🏾👏🏾 pic.twitter.com/zQecWpSG3J

Movies, television shows, political leaders: when we look around at our media, we see a lot of white faces.

But a group of young activists in London are out to change that. They’re making some adjustments to some high-profile film and television posters to make a powerful point.

Take Action: Ask Politicians to Help the World’s Most Vulnerable Girls Go to School and Learn

Activist group Legally Black — made up of 17-year-olds Shiden Tekle, Liv Francis-Cornibert, Kofi Asante, and Bel Matos da Costa — created the posters after they were asked by radical activism organisation Advocacy Academy what they most wanted to change in society.

The posters depict black actors in the lead roles for “Harry Potter”, “Skyfall”, “Bridget Jones’ Diary”, “Titanic”, “Doctor Who”, “the Inbetweeners”, and “Skins. For the latter, they featured a “token white guy” as a shoutout to Thomas Tomone, one of the few black supporting characters in the show. 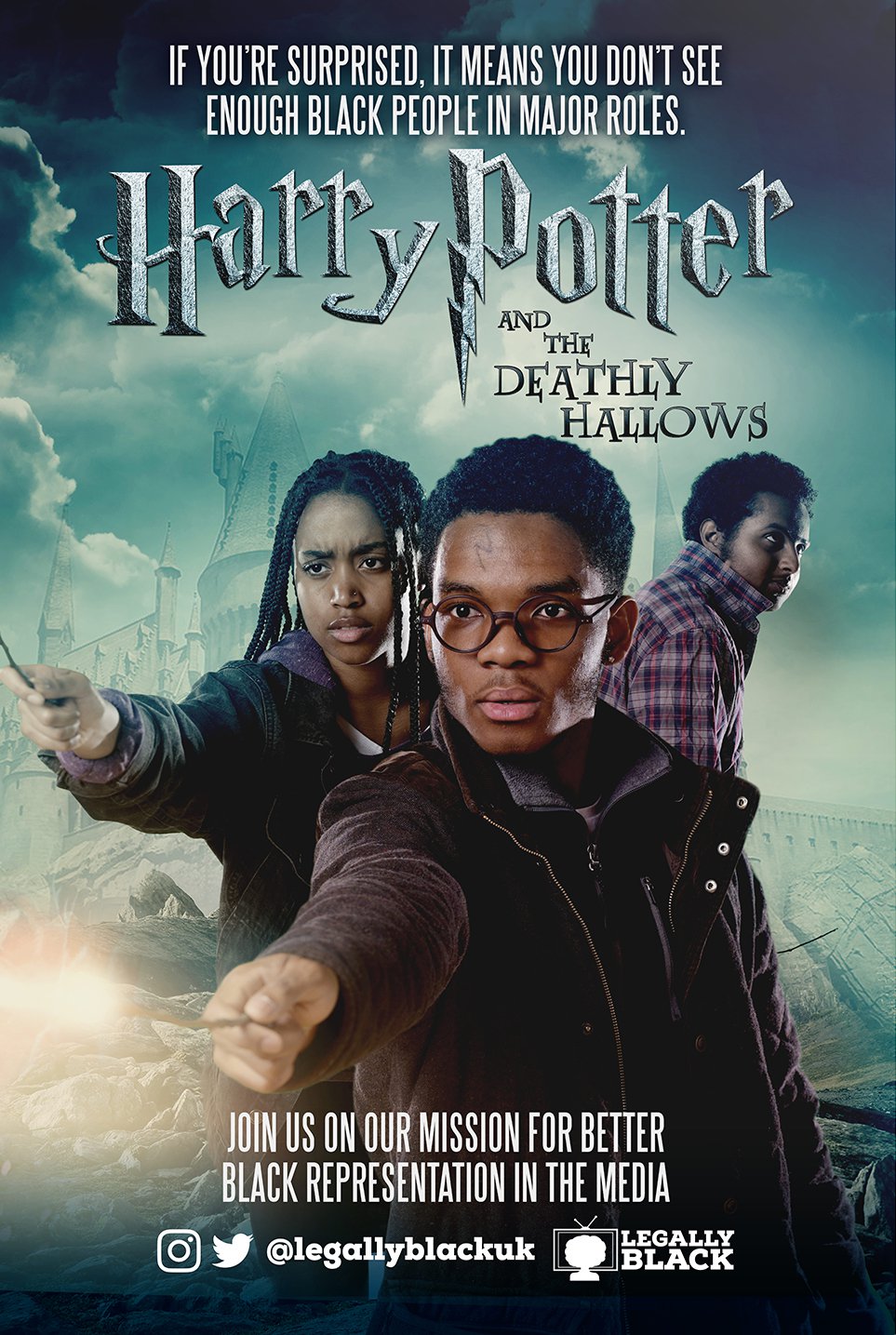 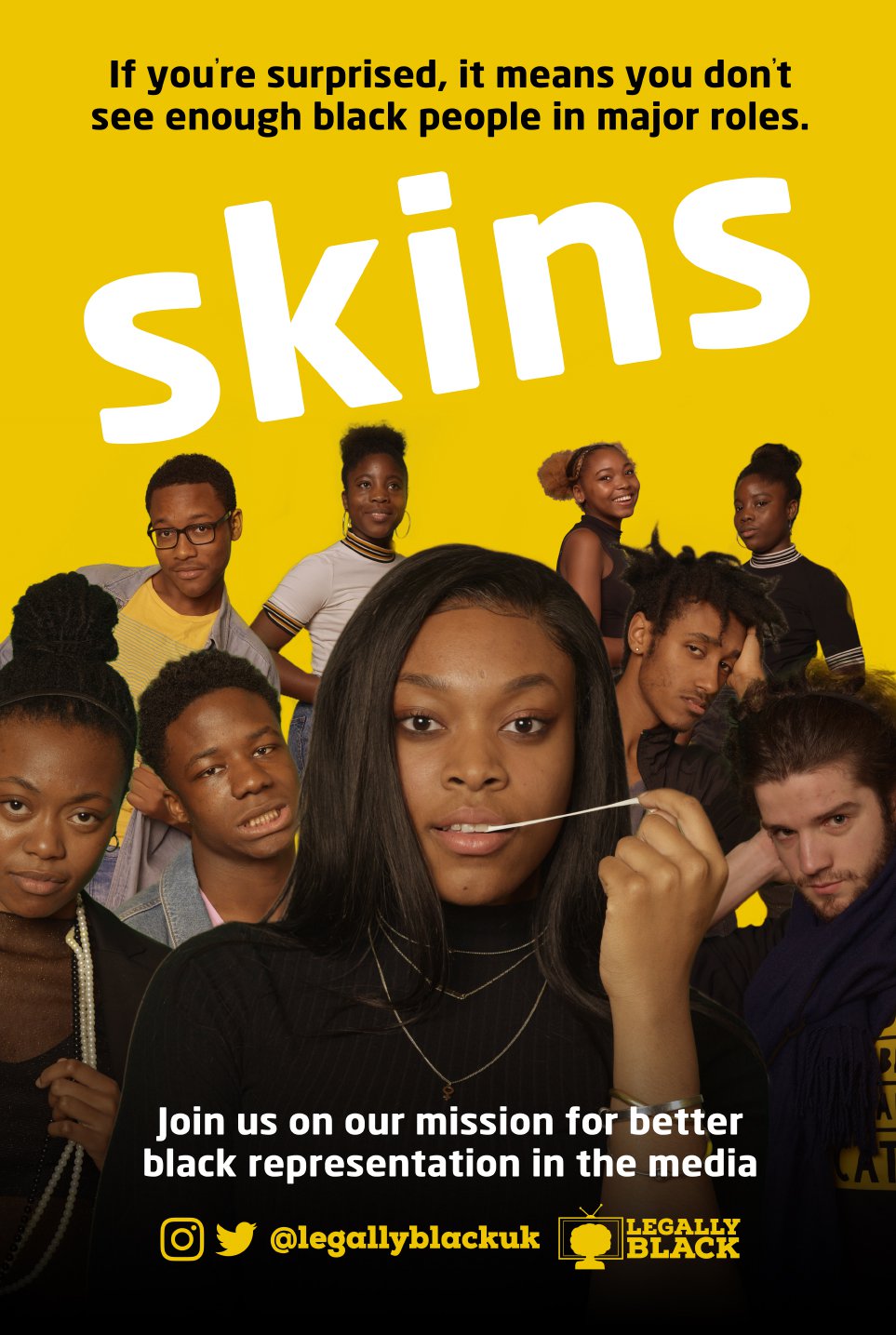 The group of teenagers never expected to get nationwide attention for their low-key project. But when “vandal advertising” organisation Special Patrol Group spotted the mock-up posters online, that’s exactly what they got.

Read more: Global Citizen Live Is Coming to London — and You Can Be There. Here's How

Special Patrol Group turned the young people’s creations into 6ft-high posters, and pasted them all over bus stops around south London.

The first time Legally Black’s Shiden Tekle discovered their work would be going up around south London was when he saw it for himself — on the day he and his friends graduated from the Advocacy Academy. 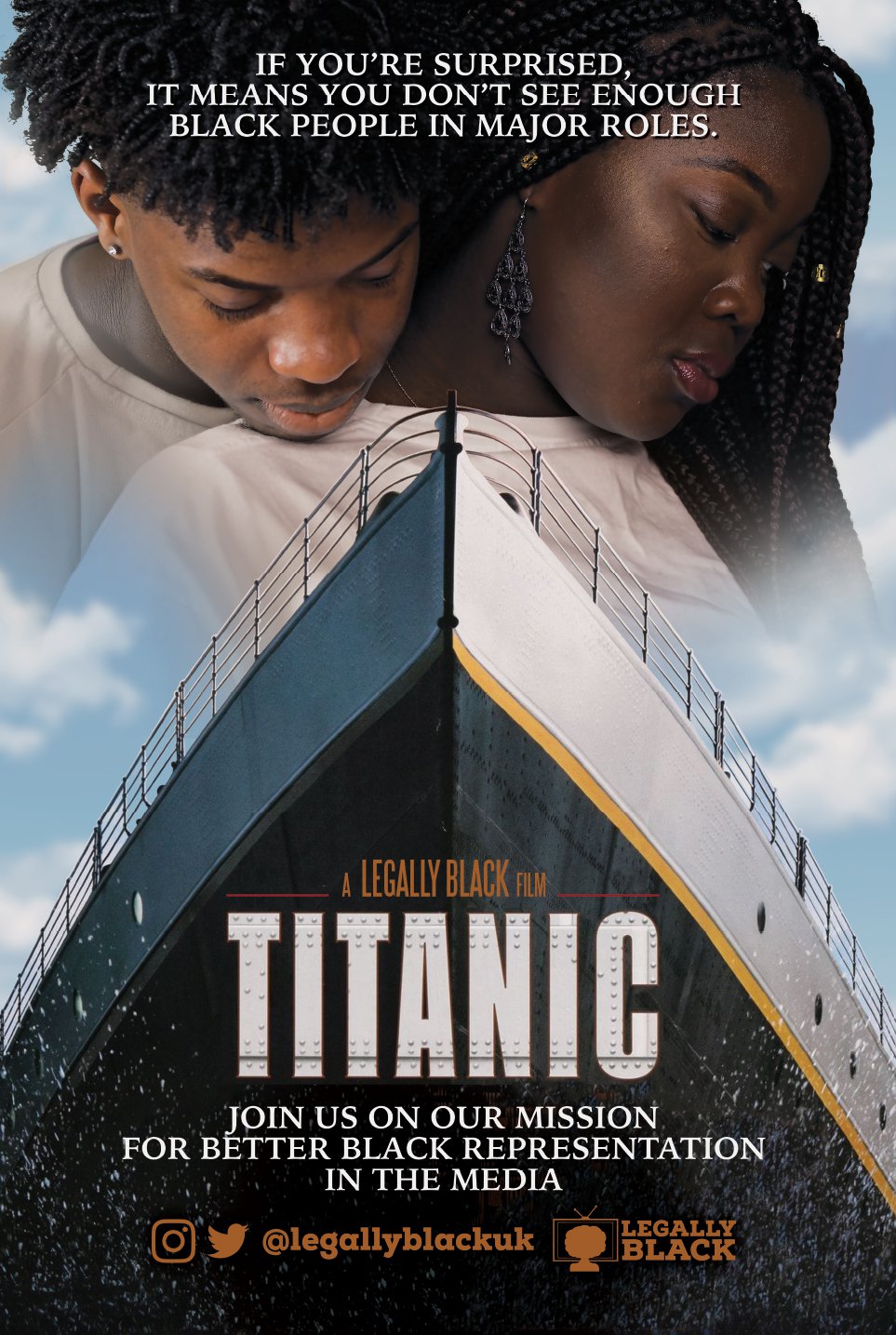 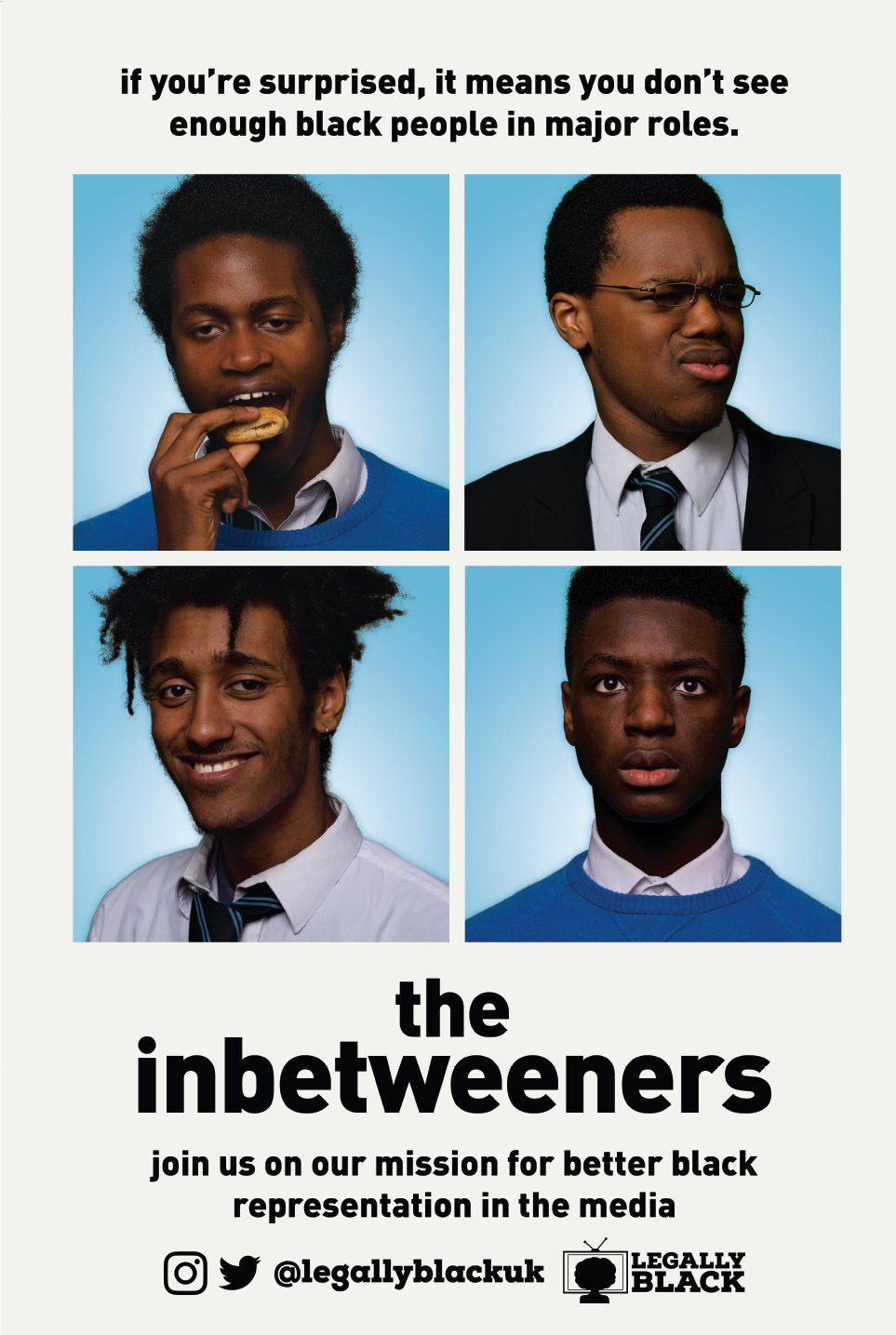 “I’ve been racially abused since I was 12,” said Shiden Tekle from Legally Black in an interview with the Guardian. “And we are always looking at the media and never seeing any positive representations of black people. In big films, black characters are often playing criminals and drug dealers, and that quickly conditions people to believe that all black people are like that. So, we decided to put black faces in the big movies, and challenge people’s perceptions and assumptions.”

Every film poster is made up of Legally Black’s friends and family, shot and edited for free by a professional photographer and graphic designer.

“They begged and they hustled so hard they got everything done for as little as £150,” said Amelia Viney, Advocacy Academy’s chief advocate, about the young people behind Legally Black. “They had copies made for them to keep, but then Special Patrol Group got in touch and their concept was quickly a real reality on the streets.” 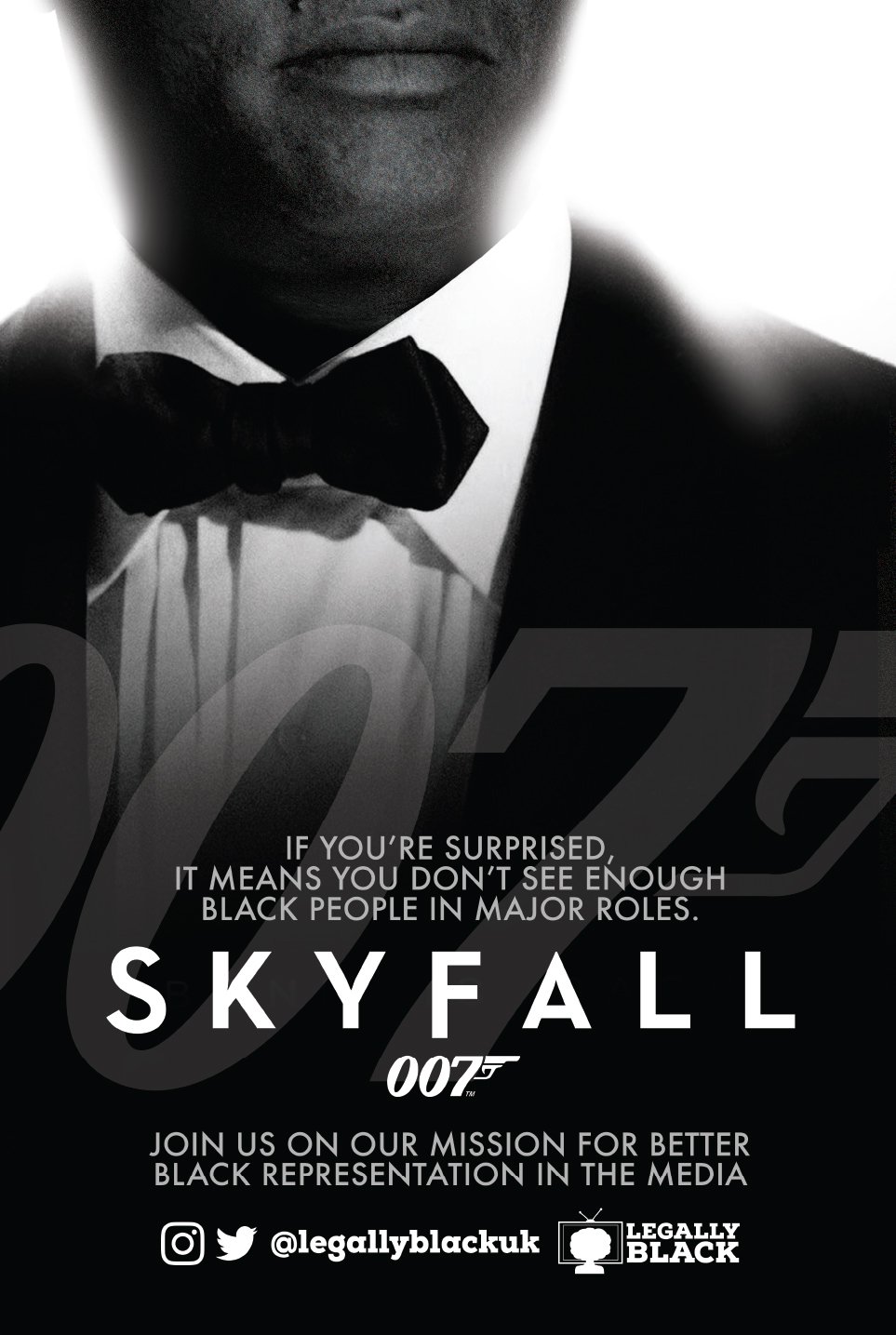 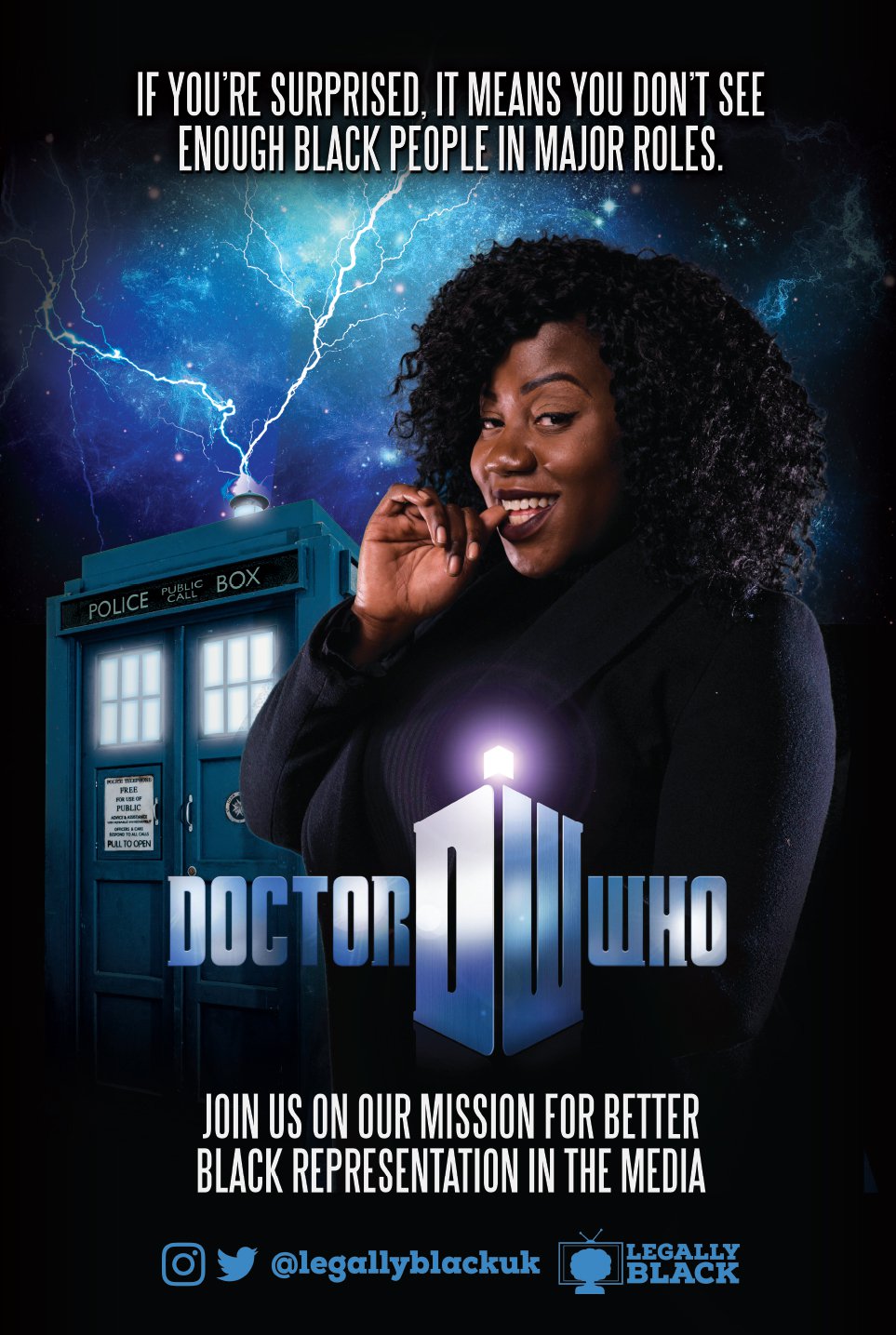 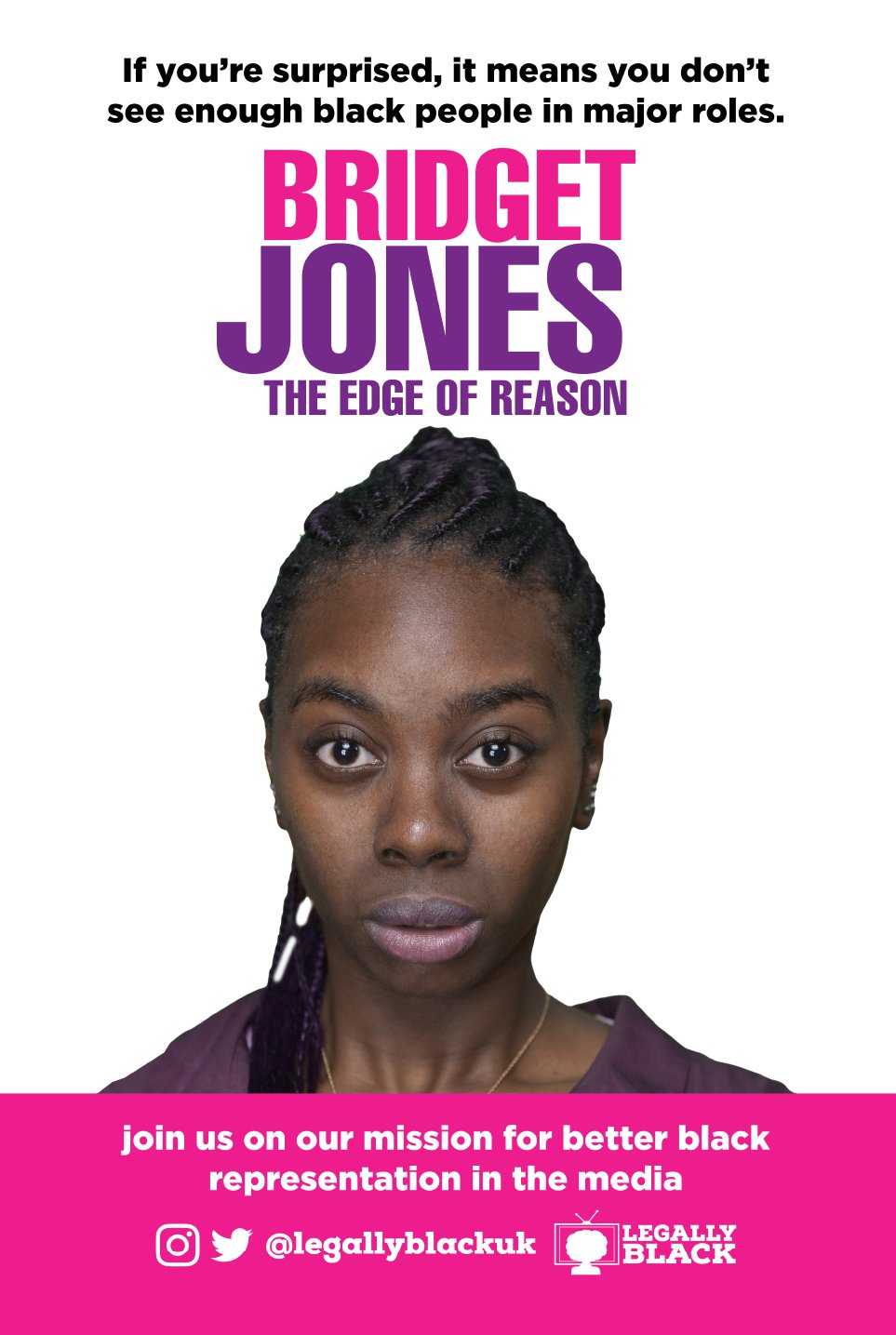 The posters hit headlines around the country but, within 24 hours, most of them had been taken down and replaced by McDonald’s adverts, according to the Guardian. JCDecaux, who owns most of the advertising spaces, didn’t respond to the Guardian or the BBC for comment.

The British Film Institute (BFI) examined 1,172 British movies between 2006 and 2016, and found that 59% of films did not feature a single black actor in any named capacity. Just 157 of the movies featured black lead actors — with black actors made up just 0.5% of all lead roles.

But change is in the air in Hollywood. Black Panther just hit $1 billion at the Box Office. Jordan Peele just became the first black writer to win the Oscar for best original screenplay with “Get Out” — and the film’s star Daniel Kaluuya won the BAFTA’s Rising Star award (and got namechecked by the omnipotent Stormzy at the BRITS).

It’s probably too late for “Harry Potter”. But a black James Bond?

Idris Elba might have something to say about that.

If you want to put these posters up in your community you can download them for free here.