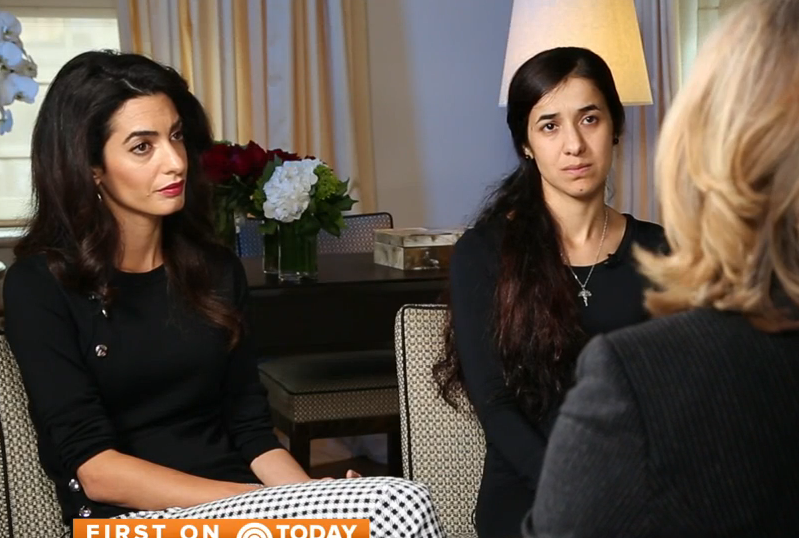 Amal Clooney stunned the United Nations — and, perhaps, the world — when she said she was ashamed at the collective lack of will to prosecute the Islamic State for the genocide of Yazidis earlier this month.

Now, the world is responding.

The Deputy Prime Minister of Belgium, Alexander De Croo, announced at the Global Citizen Festival 2016 that his country was in favor of referring the case of Yazidi genocide to the International Criminal Court.

Clooney is representing Yazidi ISIS survivor Nadia Murad and her Yazidi non-profit organization Yazda in the quest to have the the Islamic State prosecuted in the ICC. Since Iraq is not a signatory to the court, another country must refer the case.

Read More: Amal Clooney on Nadia Murad, Yazidi Case: ‘I Can’t Walk Away From This’

Global Citizens took more than 40,000 actions leading up to the festival on behalf of the cause, and De Croo thanked them for raising awareness about the issue.

Now, Global Citizens must continue to put pressure on Belgium to follow through on taking concrete steps to refer the case to the ICC.

“Over 5,000 people have been murdered. This has been called by the UN a genocide and we should condemn that in the most clear way possible,” De Croo said. “I would like to thank the Global Citizens for raising awareness for this case. You are doing a magnificent job and now it’s up to us to follow through.”

Clooney and Murad appeared at the United Nations as Murad was appointed a Goodwill Ambassador on Sept. 16. Murad told the story of how, as a high school-aged girl in a remote village in Iraq, she was kidnapped by ISIS, forced to watch her brothers be killed, and held as a sex slave until she was able to escape. Murad has called on world leaders to rescue the Yazidis who are still held captive and to investigate and prosecute ISIS.

''We know that what we have before us is genocide, and we know that it is still ongoing,” Clooney said earlier this month. “I believe in international justice. I believe it's important that you don't just turn the page without people being held to account.”