"Amal gave me renewed hope by being my voice,” said Nadia. 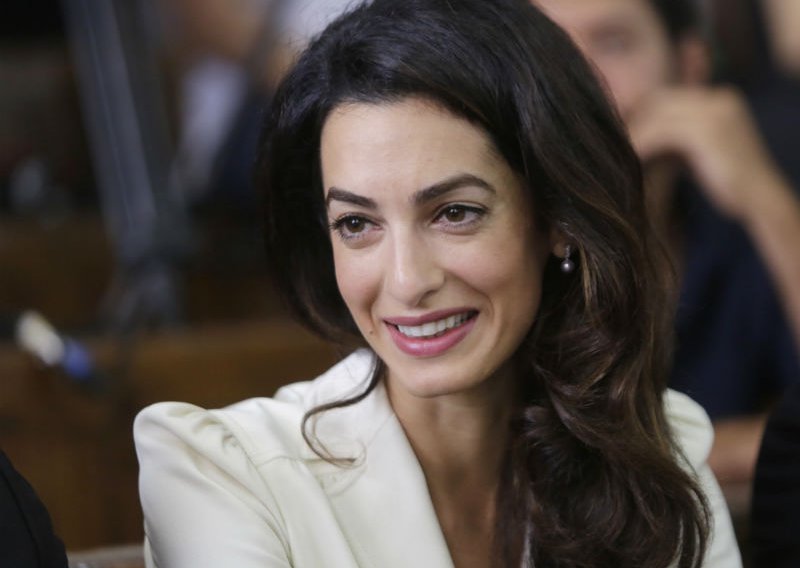 Amal Clooney just confirmed she will represent Nadia Murad, and other Yazidi victims of genocide in a case against ISIS once it's brought to the ICC.

Nadia Murad is a nominee for this year’s Nobel Peace Prize and hero in the fight against ISIS. She was captured by ISIS and spent months as a sex slave in the Yazidi people’s Sinjar Mountain region in Iraq. After escaping ISIS, Nadia has shown grit and bravery as she travelled between countries, sharing her harrowing story and speaking on behalf of the thousands of girls and women still captive, and continuously abused at the hands of ISIS.

The violence against Yazidi women only worsens. Recently, ISIS burned alive 19 women who refused to have sex with their fighters. This case could not be more urgent.

“The fate of most of 3,500 Yazidi women and girls who remain in captivity is known and probably most will face a similar fate if the world does not act now. This is why I ask the world to act and act fast. The longer [ISIS] stays in power, the deeper our wound becomes,” Nadia told Women in the World during an interview.

Today, however, hope remains. News that Amal Clooney will provide support for the Yazidi people brings us one step closer to ending the atrocities Nadia and her people endure.

Amal Clooney will “serve as their counsel in their efforts to secure accountability for the genocide, sexual enslavement and trafficking of Yazidi girls and women by the militant group Islamic State (IS) in Iraq” according to Yazda -- a non-profit organization established to serve the Yazidi community which Amal also represents.

“It is time that we see IS commanders in the dock in The Hague, and I am honoured to have been asked to represent Nadia and the Yazidi community in their quest for legal accountability,” said Amal Clooney when questioned on her decision to support the case.

Amal’s support and leadership on the case is a historic step forward for sex slavery survivors like Nadia Murad. In addition, Amal and George Clooney welcomed Nadia into their home restoring her confidence, after she grew tired of nobody listening.

“They listened passionately to my story, and Amal gifted me by representing my case. Amal gave me renewed hope by being my voice,” Nadia told Women in the World.

To have the most well-known international and human rights lawyer, Amal Clooney represent the case once it reaches the ICC has the power to bring more awareness for Yazidi victims.

Until then it’s up to global citizens to make sure this case is supported by as many world leaders, countries, and every day people as possible. That’s the only way to push forward in the fight for justice against the human rights violations the Yazidi people endure daily.