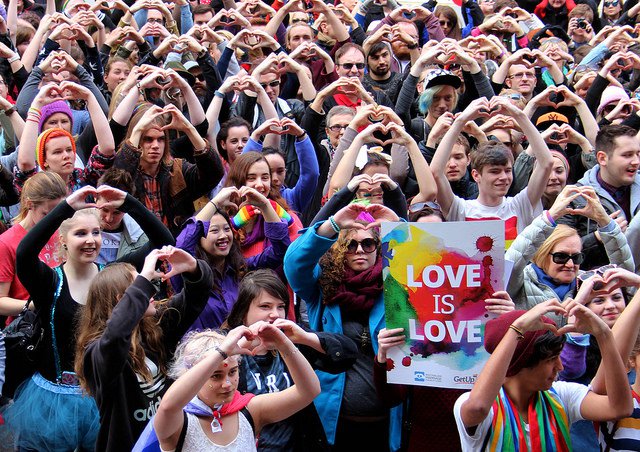 The longstanding political debate surrounding marriage equality in Australia could be one step closer to resolution.

On July 31, a Victorian Member of the House of Representatives, Jason Wood, told The Guardian Australia that if Members of Parliament (MPs) manage to introduce a new bill to legalise same-sex marriage, he will vote in favour of it.

Australia is lagging behind more than 20 countries including Spain, South Africa, Germany and, most recently, Malta, that have legalised same sex marriage.

The Liberal National Coalition (LNP), currently in government in Australia, have been pushing for a plebiscite — an election promise made in 2016. A plebiscite would allow Australian people to vote on marriage equality. However, the current proposal is non-binding and several MPs have publicly expressed that they would not vote in line with plebiscite results.

Senator Penny Wong @SenatorWong: The country wants parliament to deal with #MarriageEquality. Civil marriage should be open to all Aussies. pic.twitter.com/POZyqccyVD

As an alternative to the plebiscite, many Australian supporters of marriage equality have been advocating for a free parliamentary vote.

According to Australian Marriage Equality, the main reasons people oppose the plebiscite are its $170 million price tag, and concerns for the wellbeing of the LGBTQ community.

Although they appear to be in the minority, there are some conservative groups in Australia who strongly oppose marriage equality. If a plebiscite were to occur, such groups would be likely to protest and run hate-fueled campaigns that would be disruptive and damaging to the lives of LGBTQ individuals and their families.

In November 2016, the LNP introduced a plebiscite bill but were blocked in the Senate by the Australian Labor Party (ALP) who hold federal opposition, the Australian Greens, the Nick Xenophon Team, and Senator Derryn Hinch, who voted against it 33 votes to 29.

Despite the Senate’s rejection of the proposed plebiscite,  the recently released budget for 2017 showed no change to its $170 million funding allocation, sparking wide public outrage.

Read more: UN Rule in Favour of Transgender Woman Changing Her Gender on Her Birth Certificate

Additionally, according to Australian Marriage Equality Chair, Alex Greenwich, “Liberal seats have some of the highest levels of support across the nation including the federal seat of Goldstein where a recent ReachTel survey revealed that 77% of the electorate backs marriage equality.”

Goldstein’s MP, Tim Wilson, who is openly gay, discharged his responsibility to the plebiscite earlier this week, saying that it “torments and challenges” him on a daily basis.

.@timwilsoncomau says it's in the govt's best interest to resolve same-sex marriage issue so it can focus elsewhere. https://t.co/logFpUkMwfpic.twitter.com/IXPk2M7FI9

Recently there has been more support for a free vote coming out of the Liberal party, with MPs, Trent Zimmerman, Trevor Evans and Warren Entsch, expressing their support for marriage equality and a free vote.

MP Entsch went on to dismiss the idea of a postal plebiscite, suggested by Immigration Minister Peter Dutton, saying that since MPs would not be bound by its result, “the only option is a free vote.”

Cracker from Liberal MP Warren Entsch explaining why he keeps standing up for SSM. https://t.co/NQhLrLm4bNpic.twitter.com/KeidRrRWNM

Read more: The Colorful History of the Rainbow Pride Flag

Liberal Senator Dean Smith has been hard at work preparing a private bill for a free vote on marriage equality, which he plans to present when Parliament resumes for its Spring sitting in early August.

“Far too much time and energy has already been consumed by this debate. It is time to resolve the matter, in parliament, as our constitution provides,” Smith wrote in a column in the Australian Financial Review on July 31.

Prime Minister Malcolm Turnbull reaffirmed his support for the plebiscite, in an interview with The Guardian Australia on August 1, saying, “Our government’s policy position on this issue is very, very clear and it has not changed. We went to the last election promising that the Australian people would have their direct say on this issue.”

The PM has indicated he'd be comfortable with backbench MPs crossing the floor to pass #MarriageEquality!https://t.co/VoqpYgINVP

However, he also stated that there are no rules which prevent Liberal MPs voting against the official party line. If individual LNP members chose to vote in favour of a marriage equality bill, he would have no grounds to prevent this.

This is not the first time that Australians have waited with bated breath to see if there will be change to marriage laws in the country. It will be interesting to see if anything evolves in the coming weeks.