The debate to #change the debate continues 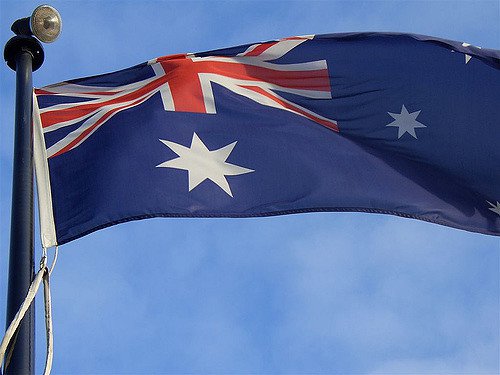 26 January is known as Australia Day to many. The date marks the arrival of the First Fleet into Sydney Cove in 1788 and is considered to be the founding moment of the country. However, for Indigenous Australians the 26th is a day of mourning, sometimes referred to as “Survival Day” or “Invasion Day”. The day represents the atrocities and genocide committed against Indigenous Australians, including stolen land and children.

It is for this reason that there has been growing debate to change the date of Australia Day celebrations to a more cuturally sensitive date.

In response to this ongoing public debate, a local Melbourne council, the city of Darebin has voted in favour of removing Australia Day from its calendar of celebrations.

Read more: Australia Day: Inside the Debate to #ChangetheDate

In a bold move, the Darebin city council expressed its view by acknowledging that January 26 marked the beginning of “British invasion” and was therefore, not an appropriate date for celebrations.

The decision will also result in the city of Darebin renaming its Australia Day Awards to the Darebin Community Awards and to utilise the term “January 26” instead of “Australia Day” in all communications.

Proud that my local council has recognised that January 26 is not a day for celebration in Australia #changethedatehttps://t.co/WM1hIHTpRN

In an interview with The Age, local Aboriginal woman Lidia Thorpe says “Australia’s colonisation had caused pain and displacement for generations of Indigenous people.”

"Australian people need to come to terms with the truth of this country for us to move forward. There needs to be an understanding of the human rights of all people. We have a public holiday for horse racing, for a football grand final, but no public holiday day to recognise the first people of this nation."

This sentiment has been echoed in The Age by Darebin Mayor Kim Le Cerfwho says, "It cannot truly be a national day when the oldest part of our nation cannot hold it equally with the rest us...It is time to set it right."

According to Darebin council, it has the second-largest Aboriginal and Torres Strait Islander population in metropolitan Melbourne.

Although there has been much community support for the council’s involvement in the #changethedate campaign, this move has resulted in the Federal Government stripping Yarra Council of its powers to hold future citizenship ceremonies and threatened to do the same to other councils if they followed suit.

Prime Minister Malcolm described this decision as an “attack on Australia Day” and rejection of “Australian values.”

To change the date of Australia Day would be to turn our back on Australian values and on the great achievement of 24 million Australians. pic.twitter.com/Qv5zfBxXPR

In an interview with the ABC, Darebin councillor Trent McCarthy acknowledged that it is likely the council will suffer the same fate as Yarra City Council, however this change was essential for creating equality and inclusivity for Indigenous people.

“We are at risk of losing our citizenship ceremonies but we need to make this change to respect our Indigenous people.”

It is believed that several other councils are now considering to implement similar moves.