The B-Town Warriors Tell A Different Story About Their Hometown 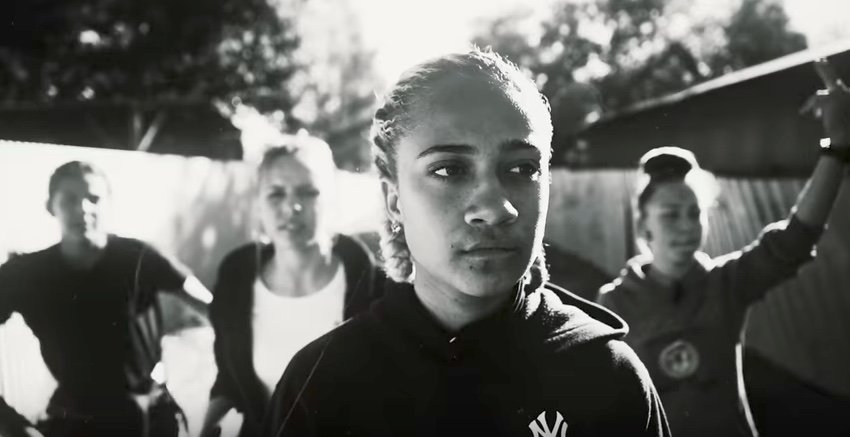 Bourke, a remote town in New South Wales (NSW), Australia, is not generally known for its musical talent. Reported to have some of the highest crime rates per capita, it’s been named one of the most dangerous locations in the world.

Violence, high incarceration rates, substance abuse and broken homes form the common narrative surrounding the town, and by all accounts Bourke is a tough place to grow up.

Enter the B-Town Warriors, a group of local Indigenous high-school kids, who are using hip-hop to tell a different story.

The group uses hip-hop lyrics to talk about some of the difficulties of growing up in Bourke, but they also want Australians and the rest of the world to know that there’s more to their small town than violence and crime.

Their music celebrates Indigenous culture and community, and the group sings about their identity, history, hometown pride, and hopes for the future.

“We’re connected to our culture, and we have dreams,” Sari Wills, a B-Town Warrior, told Australian News Program, The Project. “We want to do things with our lives, we’re not just a bunch of kids who run around causing trouble.”

On September 19, 2016, the B-Town Warriors gained international attention with the release of their debut single “People Of The Red Sunset”, which premiered on Noisey (VICE), one of the most successful music brands on the planet. By September 21, the video had over eight thousand Facebook shares and 265 thousand views, and was soon playing on high rotation on both MTV and Australian radio station Triple J Unearthed.

The hit was produced with the help of grassroots organisation Desert Pea Media (DPM), who use music and contemporary storytelling to facilitate social and cultural dialogue within Indigenous communities.

The organisation visits remote Indigenous communities, such as Bourke, to talk to kids about social issues they’re facing and facilitate songwriting. Spending five days with local teenagers, DPM Creative Director Toby Finlayson encouraged them to open up about some of challenges in their community and what it’s like growing up Indigenous in Australia today.

"There's a massive shame thing for young Indigenous people all over the country,” Finlayson told the ABC. “It comes from a couple of generations of shameful political and social history, and being taught that your culture and your identity is worthless. That confidence to be seen and be proud and to tell your stories is not supported enough in Australia.”

The youth discuss a range of tough topics they might be experiencing in their own lives, such as mental health, bullying, suicide, substance abuse, and family breakdowns. Finlayson then helps them turn these ideas into music, and you can definitely hear the issues come across in the B-Town Warriors' lyrics.

"Hip-hop was created as a form that gave voice to the oppressed and was a way for young people to communicate their oppressions, and so I think young Indigenous people really respond to that vehicle," said Finlayson.

Andrew Ryder, Principal of Bourke High School, said the program has led to a marked rise in attendance and created a distinct sense of energy and excitement within the school community.

“The thing that’s hardest is talking about the future, and what they want, their goals and their dreams, because it’s often so hard to see,” said Finlayson. “We wanted to write something together that black fellas all around Australia could relate to.”

“Our people have always passed the stories by word of mouth, but somewhere along the way we’ve lost it,” Community Elder, Auntie Ellen, told The Project. “The kids, through the music, are bringing it back to what’s real. They’ve actually put something out there that’s so positive, and I think it’s started something. It’s young people, it’s our leaders of tomorrow. Their voice.”

The B-Town Warriors will definitely be a group to watch.