Australia Day: Inside the Debate to #ChangetheDate

What does Australia day mean to Indigenous Australians? 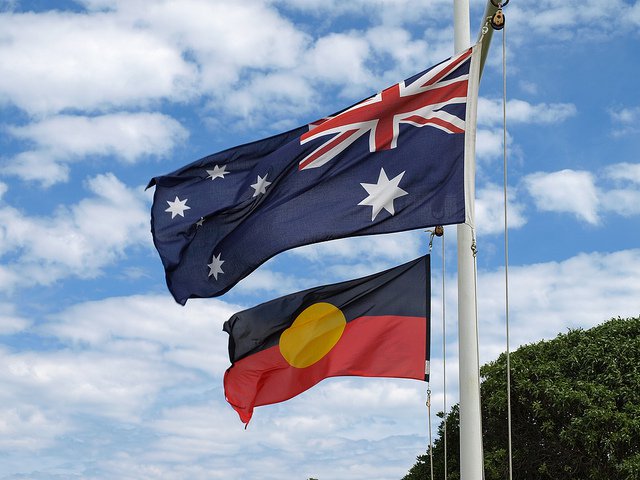 Australia Day is celebrated on 26 January to mark the anniversary of the arrival of the British first fleet in 1788. However rather than unite a country, this national day divides us.

For many Australians it’s simply a day off and a chance to have a backyard barbeque with friends and family.

But for Aboriginal and Torres Strait Islander people, it is a day of grief and mourning as it marks the anniversary of the genocide and dispossession of the First People. For them it is know as Invasion Day or Survival Day.

The debate to #ChangetheDate is not a new one. Aboriginal Australia have been asking to have their feelings considered for decades.

Many people celebrate the day by listening to the Triple J Hottest 100 countdown where the national radio station counts down the top 100 songs as voted by listeners. But even holding the countdown on the 26th of January is now under review. In a statement from the radio station they said: “We will continue to talk to Indigenous communities, artists and our audience about the date for the Hottest 100 in future years.”

Two critically acclaimed indigenous hip hop artists Briggs and Trials have launched a new collaboration: A.B. Original. In their song January 26, they call for the date to be changed.

The Western Australian city of Freemantle voted to cancel their Australia Day fireworks and celebrations and have postponed them to two days later. The council said in a statement of their decision: "Everyone should celebrate when they feel it is appropriate, however the City of Fremantle wanted to celebrate being Australian in a way that included all Australians and we believe moving away from this date was more culturally inclusive and more in line with Fremantle's values."

There’s nothing more Aussie than a BBQ. In the lead up to the 26 January, Meat and Livestock have released a political Australia Day ad for lamb. The culturally diverse cast challenge issues of land rights celebrate diversity and ask, “Aren’t we all boat people?”