Once known for its fishing culture, Versova beach became infamous as one of the dirtiest beaches. 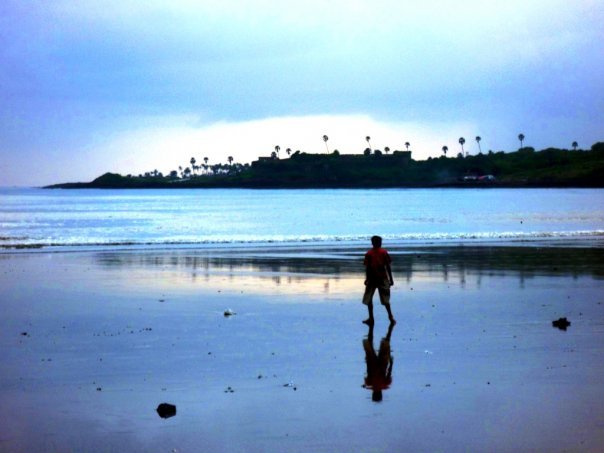 In what is being hailed as the world’s largest beach cleanup, 4 million pounds of trash have been removed from a 1.5 mile strip along the shoreline of Mumbai, India.

And it all happened thanks to a local resident who took it upon himself to rid the beach of garbage.

Last October, Afroz Shah, a 33-year-old lawyer, decided he was sick of seeing Versova beach, on the Arabian Sea coastline, covered in trash.

“I already had an inclination to protect the environment, and then one fine day I saw huge patches of plastic and filth on the beach from my balcony,” Shah told The Washington Post. “The amount of plastic on the beach had to be seen to be believed. It was a horrendous and disturbing sight.”

So he founded the organization Versova Residents Volunteers (VRV), and since then, the project has only grown rapidly. The initiative now also includes students, UN representatives, members of a local fishing community, as well as many more concerned citizens. Recently, Lewis Pugh, a distance swimmer and the UN Environment Programme’s Patron of the Oceans, also visited Mumbai and joined the volunteers.

Read More: How a Lack of Toilets and Clean Water Leads to Stunted Growth

Once known for its fishing culture, in recent decades the beach had become infamous for its trash-littered shores. But after successive governments failed to clean up Mumbai’s beaches, volunteers have been picking up the trash and moving it to a nearby dumping ground.

Residents are Working On
2Km Stretch Of #Versova Beach

Shah first reached out to his 84-year-old neighbor Harbanash Mathur, and together they conducted the first clean-up. Word of their initiative soon spread through social media and by word of mouth, and Shah decided to form the VRV.

The group meets every weekend to contribute in the effort, picking up the piles of garbage and junk spread across the beach. The 45-week-old cleanup mission which now has more than 200 volunteers has successfully managed to remove more than 4 million pounds of litter.

While most of the garbage washes in from the ocean, a lot of it is also the result of people littering along the beach. Across the world, water pollution is a dangerous problem, endangering marine species and putting potable water sources at risk. Most of India’s water bodies are polluted due to untreated sewage, improper maintenance, and dumped industrial waste.

Great initiative to clean up @VersovaBeach in Mumbai: over 1 mill. kg garbage removed so far https://t.co/NdJA9KDT5qpic.twitter.com/kli7UfM66T

But volunteers at Versova beach are setting an example for Global Citizens across the world to take matters into their own hands and do the best they can for the environment.

“We are ocean lovers, and our engagement will continue with the beach and ocean till our oceans are clean,” he said.