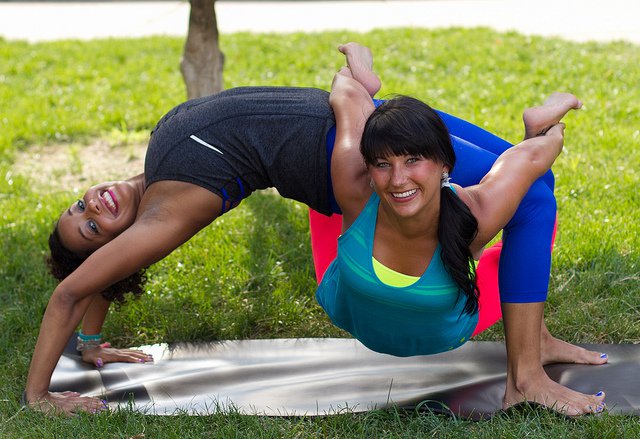 Breathe in. Breathe out. Set your intention for the day.

This is a core mantra of yoga and meditation, an ancient practice that has been revitalized in the past decades. The movement has gained a following of 200 million people worldwide, and it’s still growing.

Setting an intention for every day is also a core facet of becoming a Global Citizen.

While many turn to yoga and meditation for the physical benefits, its impact reaches far beyond that. Practicing can improve mental health, sustain and cultivate relationships, drive compassion, promote better decision-making and workplace productivity and empower activism.

In the same way yoga and meditation create a ripple effect, sending positive energy out to all areas of practitioners’ lives, Global Citizens can change their communities and work to end extreme poverty worldwide.

About 17 million women in the US alone practice yoga, and the movement is still growing.

The film Yogawoman, for example, captures how one group of women found their voices through yoga, an awakening that radically changed the lives of many women featured in the film. Now, women are paving the way in a male-led tradition by becoming teachers, opening their own studios and taking their practice to work. 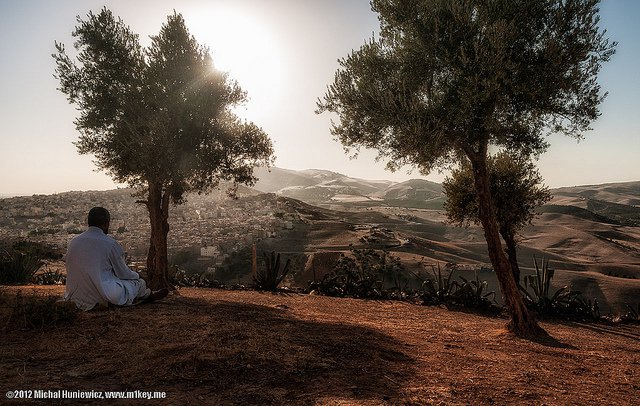 The Africa Yoga Project (AYP) uses yoga and meditation to show youth that they have the power to change the world, one body at a time. Celebrating its 10-year anniversary this year, the movement thrives in 80 communities throughout 13 African countries and has gained over 6,000 participants. And in Nairobi, Kenya, the birthplace of the AYP, 360 people gather each morning for a two-hour yoga session.

Over 200 young teachers, paid a liveable wage by the AYP, live and practice with the community where they teach. With 70% of Kenya’s youth unemployed, the AYP hopes to upend this statistic by building civic leaders and healthier bodies in African youth.

In Baltimore, Maryland, 80% of students qualify for free or reduced lunches, and many of them live in high crime neighborhoods. To help these elementary students cope with the stress and violence surrounding them, schools have turned to meditation.

Robert W. Coleman Elementary School's meditation room, where teachers send students who act up in class instead of sending them to detention, helps students go back to class feeling calm. These school hopes that keeping students engaged in class will keep them in school in the long run.

"Some of our children are homeless. Some of them come to school from situations where they don't have lights at home, or food. They see crime occur in their neighborhoods," Principal Carlillian Thompson told CNN. "So we're trying really hard here to make this a place where children feel safe and where their needs are met."

"Yoga connects body, mind and soul. It is playing a big role in bringing the world together too," Indian Prime Minister Narendra Modi said in an address to the crowd of over 50,000 in Lucknow.

Modi’s gathering was one of many throughout India on International Yoga Day, speaking to the ancient Indian tradition that has resurfaced in the recent decades. A staunch practitioner himself, Modi has led the movement to reclaim yoga — dating back 5,000 years — as a historic piece and unifying ingredient in Indian culture.

Since the yoga movement spread from India to people across every continent, Modi also sees yoga working as a form of “soft power” that connects India to the larger world. In shared practice, India and fellow countries can work toward more understanding relationships and better diplomacy.

Yoga, at its most basic level, has been empowering people around the world to make a positive change in their communities, one ripple, one body and one mind at a time.