This Woman Is the World's Youngest Female Boeing 777 Captain

“I want guys, girls, everybody to achieve their dream” 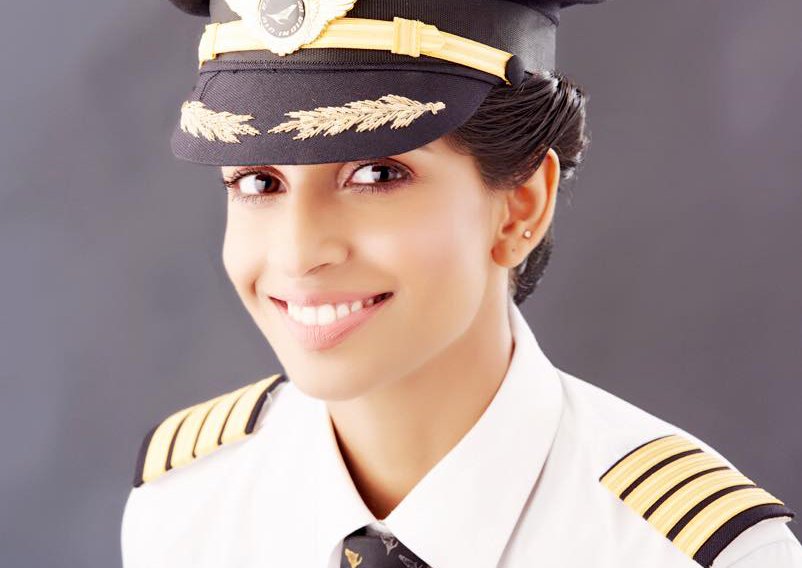 Despite graduating from the Indira Gandhi Rashtriya Uran Akademi flight school at 19-years-old and having over a decade of flight experience, Anny Divya told CNN that people are still shocked when they discover she is the commander of a Boeing 777 aircraft.

“But she's such a young girl to be flying such a big plane!” is something she often hears.

It’s also something that she’s gotten used to, as the  world’s youngest female commander of the large Boeing 777 jetliner.

But the journey to this high ranking position was not easy for Divya, who is now 30.

Read More: This Afghan Refugee Is About to Become the Youngest Female Pilot to Fly Around the World

Although she learned to read and write English in her hometown, her verbal skills were poor. Divya told Hindustan Times that this contributed to the huge culture shock she experienced in Uttar Pradesh, the large city where she attended flight school.

“People used to mock me for my poor English and that hurt me a lot,” she said. “At times, I thought of going back. However, I didn’t. With my parents’ support, I worked hard enough to win a scholarship.”

Before earning her scholarship, Divya’s parents took out a loan for her education, even though they struggled financially. Divya holds that without her parents’ support, both financially and emotionally, she would have never have achieved her childhood dream.

Kids in her hometown were encouraged to pursue medicine or engineering, and aviation was not considered an acceptable career for a woman. Divya was often mocked by other children and looked down on by relatives, but her parents supported her decision every step of the way.

“It’s only with their support that I could do it,” she told CNN.

Air India, the airline Divya flies with, offered her a position as captain of the smaller Boeing 737. The ambitious pilot decided to reject the offer, waiting instead for an opportunity to command the jet from her childhood dreams, the larger Boeing 777.

Divya says she is proud her accomplishments may inspire other hopeful pilots-to-be to follow their dreams despite the barriers they face. She has even posted advice on Facebook on how to becoming a commercial airline pilot.

"I want guys, girls, everybody to achieve their dream and if you want to become a pilot you need to have a passion for this," she says. "Because the sector is such that sometimes the jobs are there, sometimes there are no jobs—you really need to have that passion. You have to have patience."