By Phineas Rueckert  and  Katie Dallas

How You Can Help Us Fix The Education Crisis (and See an Amazing Festival, Too)

But we need your voice before September 23 to do it. 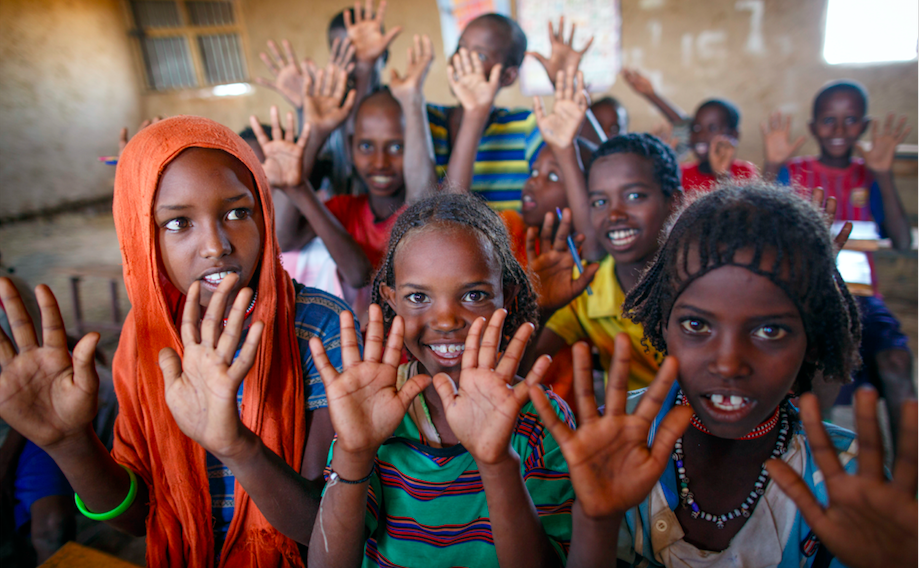 By Phineas Rueckert  and  Katie Dallas

The theme of the Global Citizen Festival 2017 on Sept. 23 is “For Freedom, For Justice, For All” — and education is paramount in achieving this vision, especially when it comes to the “For All” part of that.

Investing in education, it has been argued, is the single greatest way for a country to ensure economic growth and development, which in turn helps lift millions around the world out of poverty. It’s been proven that access to education increases support for democracy, and decreases the risk of conflict. It makes humans more empathetic and tolerant of difference.

Yet, even in 2017, far too many people around the world are left without access to an education. Worldwide, an estimated 264 million children are out of school, half of whom are young girls. Of these 264 million, an estimated 75 million are internally displaced persons (IDPs) or refugees, all of which have fled their schools due to conflict or crisis.

Overall, less than half of all children will attend secondary school, and well under 10% of the global population will attend college. In 13 countries, primarily located in Sub Saharan Africa and the Middle East, literacy rates still remain under 50% of the population.

Which is why Global Citizen is urging world leaders to increase access to global education in three primary ways:

1. We’re urging leaders to invest in women and girls.

“I have traveled the world and met people in many countries. I've seen firsthand many of the problems we are facing today — war, economic instability, climate change and health crises,” Malala Yousafzai, the youngest ever Nobel Laureate said in a speech to Canada’s parliament in April. “And I can tell you that the answer is girls.”

Per usual, Malala is right.

The failure to educate girls, according to a study by Plan International, costs developing countries an estimated $92 billion in economic losses each year. Getting girls off the streets and into the classroom increases girls’ post-education wages by 20 percent for each additional year past the 4th grade, lowers the incidence of preventable diseases like HIV, and can even reduce hunger.

Global Citizen is campaigning for girls’ education on several fronts:

We’re asking governments and corporate leaders to sign on to the Statement of Action on Girls’ Education and contribute to the Global Partnership for Education and the Education Cannot Wait Fund.

We’re urging global leaders from the EU, Japan, and Sweden to remember that girls education is the key if we hope to see positive changes in the global economy, global health, equality, and climate change by 2030.

We’re supporting the Global Menstrual Hygiene Alliance so girls can access a full education without being held back by their periods.

2. We’re looking to leaders to support the most vulnerable.

For the estimated 75 million children who find themselves unable to access an education because of conflicts they aren’t responsible for, and natural disasters they have no ability to stop, accessing an education can be the difference between life in a refugee camp and a path out of it.

That’s why Global Citizen is urging world leaders in Japan, Sweden, Finland, and the UAE to commit to the Education Cannot Wait Fund, which needs an additional $423M by the end of 2018 to continue providing kids an education in conflict zones around the world. One week in and over 12,000 Global Citizens have agreed that education should be a priority in humanitarian aid by taking action.

3. We’re engaging the private sector to fight for global education.

Governments are not the only players in the global education field. Education financing is everyone’s responsibility, including the private sector. Corporations can also do their part in ensuring that everyone around the world has access to a quality education.

We’re asking corporate and government leaders in developed countries to increase their funding to the Global Partnership for Education(GPE), which provides support to children in 65 countries around the world, by at least 30 percent. If fully funded, GPE will be able to reach 870 million children in 89 countries. So far, over 22,000 Global Citizens have taken action in support.

So please, join us now and have your voice heard before Global Citizen Festival on Sept. 23, so that every child receives the education they deserve.