People fleeing a country increases by 1.9 percent for each percentage increase of food insecurity. 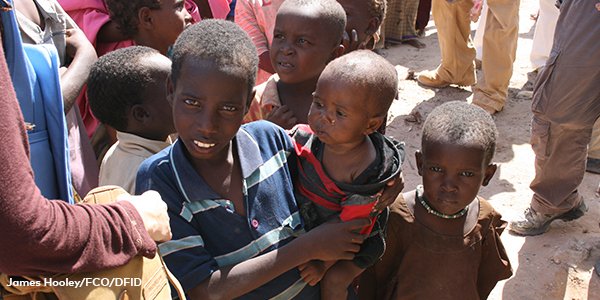 ROME, May 5 (Thomson Reuters Foundation) - The more people go hungry at home the more likely they are to migrate, according to a United Nations study released on Friday as the world grapples with four potential famines simultaneously for the first time in recent history.

The number of people fleeing a country increases by 1.9 percent for each percentage increase of food insecurity, the U.N. World Food Programme (WFP) said in the first report to comprehensively analyse the link between hunger and migration.

"By understanding the dynamics that compel people to move, we can better address what lies at the heart of forced migration and what must be done to end their suffering," said WFP Executive Director David Beasley.

More than 20 million people risk dying from starvation because of drought and conflict in Yemen, Somalia, South Sudan and northeast Nigeria, while more than 100 million face acute malnutrition worldwide, according to the United Nations.

Famine was declared in some areas of South Sudan in February - the first official famine in six years.

Read More: Millions of Nigerians on the Brink of Famine Could Exacerbate Europe's Migration Crisis

The WFP study, which included interviews with migrants from 10 countries, also found that hunger fuelled conflicts with reports of people joining armed groups to feed their families.

"We had to eat grass to survive. My kids stayed up all night crying because they were hungry," a woman who fled Syria to Jordan with her family was quoted as saying.

Read More: US to Spend $990M to Save Millions of People 'Months From Starvation'

A record 65.3 million people were uprooted worldwide in 2015, according to U.N. data.

Some 1.6 million refugees and migrants reached the European Union in 2014-2016 leading to disputes on how to share the burden among member states.