A major reason for this disparity, of course, is geography. 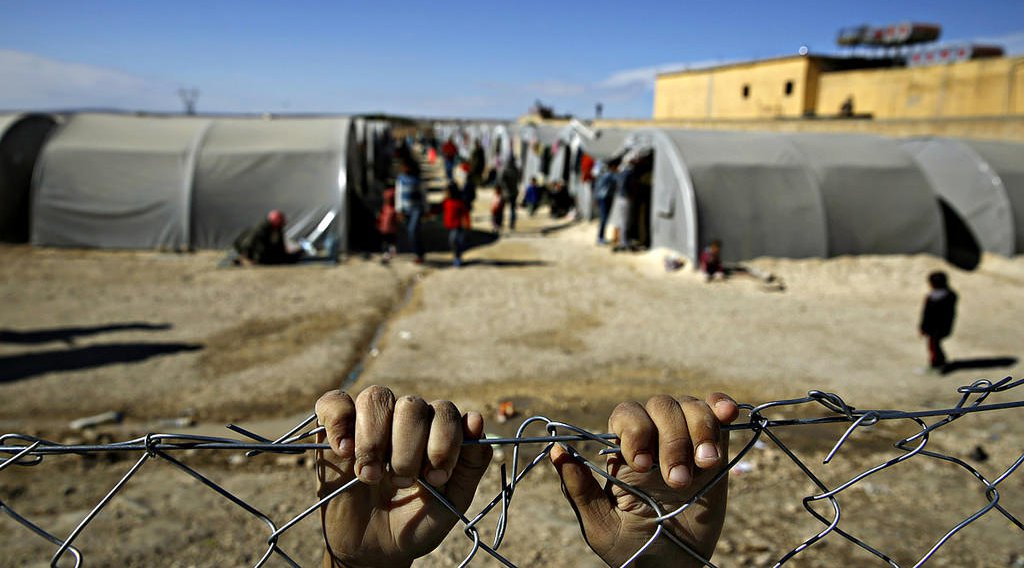 The number of displaced persons around the world is showing no signs of letting up, a new mid-year report from the UNHCR reveals. In the first half of 2016, more than 3.2 million people were forced to flee their homes.

In all, the number of refugees around the world has increased by 50% since the end of 2011, to more than 16 million.

Despite rhetoric indicating otherwise, the brunt of this new wave of refugees has been born not by the world’s richest countries — like the United States, Germany, and France — but by the poorest. Of the top 10 refugee hosting countries, nine are low- or middle-income, according to UNHCR.

Read more: Do Refugees Cause More Crime? The Facts Say Probably Not

These 10 countries are host to a total of almost 10 million refugees, or about 60% of the world total.

“Today we face not so much a crisis of numbers but of cooperation and solidarity,” UN high commissioner for refugees Filippo Grandi said, “especially given that most refugees stay in the countries neighbouring their war-torn homelands.”

So which countries are hosting the most refugees and why were they tasked with hosting the lion’s share of new refugees in the first half of 2016?

A major reason for this disparity, of course, is geography.

With the bulk of refugees (around one third of all refugees) coming from Syria, neighboring countries of Turkey, Jordan, and Lebanon have seen the biggest influx of refugees and asylum seekers. Stricter refugee resettlement programs in Europe and the United States create a bottleneck situation, forcing many refugees who seek to leave the massive camps in the Middle East to wait as many as several years to be resettled, or in some cases go back to their home countries.

A similar situation has played out in Sub-Saharan Africa, primarily with refugees from South Sudan and the Democratic Republic of Congo. Ethiopia, Kenya, Uganda, and Chad — none of which have a GDP per capita over $1,500 — have all taken on the most refugees because of their proximity to those countries.

Another reason poorer countries are taking on more refugees is cultural. Nationalistic backlash to refugee resettlement in richer countries like the United States, France, Germany, and Italy has made it harder for these countries to swallow up refugee populations, even if those countries have the resources necessary to support them.

But perhaps the greatest challenge is political. The United States, for example, has one of the most stringent refugee resettlement vetting processes, which makes it hard for the country to accept more refugees, even if it wanted to. Under the Trump administration, the political challenge to accepting refugees will become even greater.

Read more: Refugee Executive Order Puts Trump on the Wrong Side of History

In countries like France and Italy, which are showing signs of moving to the right, the refugee bottleneck could grow even thinner.

The historical high for refugees came just after the end of the Cold War, when a total 17.8 million refugees were without a permanent home. The world is again quickly approaching that number, but for these new refugees the window of opportunity for resettlement is shrinking.

The onus to provide a home to refugees will have to fall more heavily on the richer countries that can afford to host new populations. If not, already unstable situations in the Middle East and Sub-Saharan Africa could deteriorate quickly.