On Jan. 23 US President Donald Trump reinstated the Mexico City Policy, also known as the “Global Gag Rule”, extending restrictions on all US global health assistance to organizations that provide access to, or even information about, abortions.

As a consequence, this will cut funds to women’s health providers around the world. Vital services such as cervical cancer and STI screenings, maternal health checkups, access to contraceptives and family planning will be taken away from millions of women and their children.

In response to this, the Netherlands launched She Decides, a global initiative calling on governments, businesses, and private citizens to fill the funding gap that will be left in the wake of this policy. And five months ago, Global Citizen joined them in this fight — within weeks over 13,000 Global Citizens had signed the petition. By March 2, world leaders alongside private stakeholders and foundations, had pledged $190 million to support the initiative.

A great result, however, there was still a very long way to go — considering the funding gap left by the reinstated Mexico City Policy is nearly $9.5 billion. Which is why, in the lead up to Global Citizen Festival Hamburg last week, Global Citizen has been tirelessly campaigning to urge leaders to step up for women’s health including 39,951 emails, tweets and signatures performed by Global Citizens.

And it was clear, to 11,000 Global Citizens in the crowd and the millions more who viewed the broadcast of the Global Citizen Festival in Hamburg on July 6, our voices were heard.

“The right to adequate and quality health care including sexual and reproductive health and it’s always her right to decide: She Decides,” Prime Minister of Luxembourg, Xavier Bettel declared on the festival stage. “Thank you, Global Citizens, for taking action for women and girls around the globe.” The leader also outlined that female empowerment and gender equality are ‘top priority issues’ for his country.

This video statement was followed by even better news later in the evening though. When Norway, Netherlands, Belgium, the Ribbink van den Hoek Family Foundation and the Brook Foundation pledged over $172 Million in funding toward women’s health and Sexual and Reproductive Health and Rights.

Lilianne Ploumen, Minister for Foreign Trade and Development Cooperation of the Netherlands, was the first to announce a €15 million contribution toward organizations affected by global gag rule on the Global Citizen stage, after outlining to the audience where the She Decides movement came from.

“Imagine… You don’t have access to safe and reliable contraceptives. For most of us here, this is hard to imagine. But many women aren’t that lucky. Worldwide, far too many women don’t have a say over their own body and that’s why we started this movement. Every girl has the right to decide for herself. That’s why we called the initiative She Decides.” 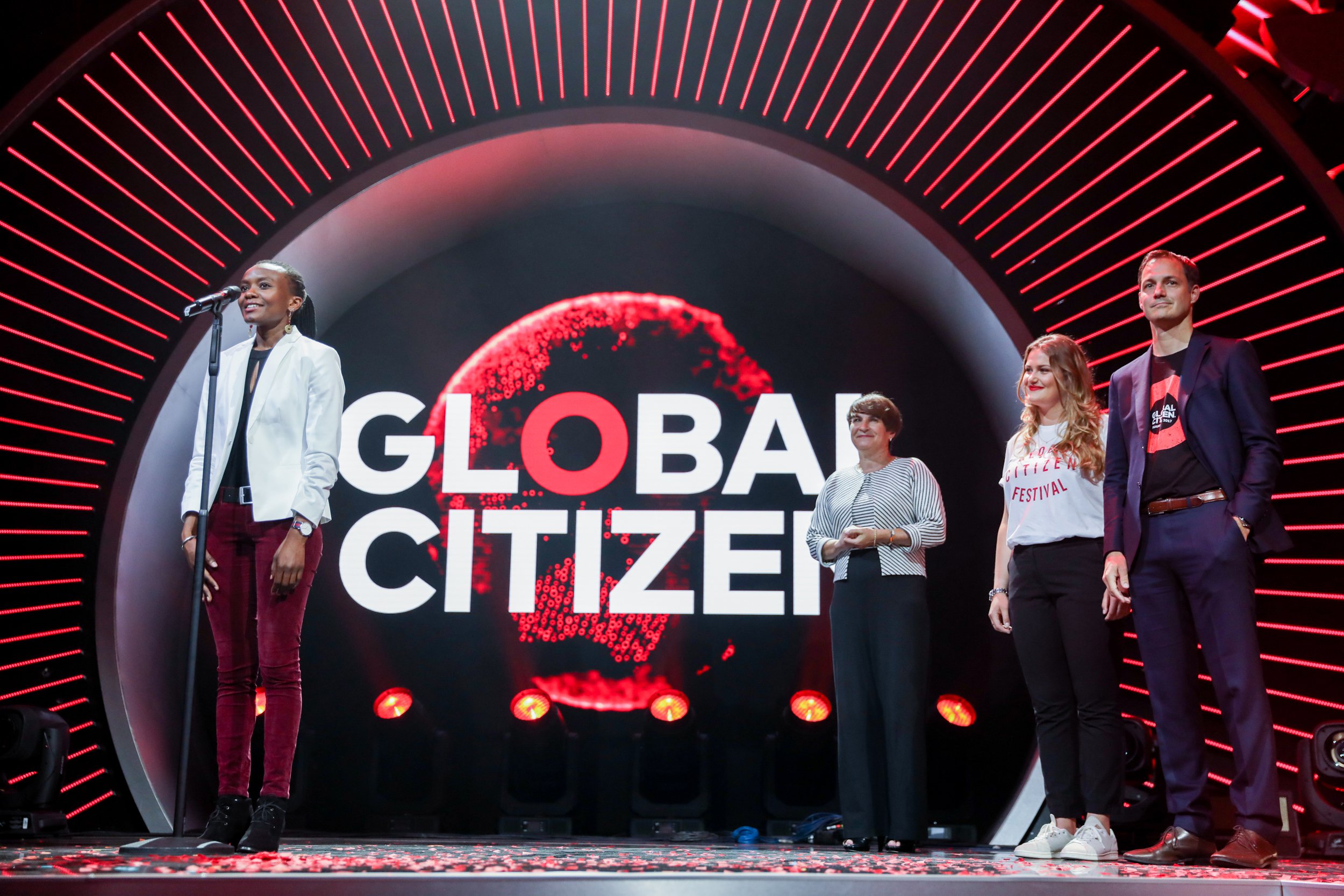 The next country to step up on behalf of women’s rights was Belgium, whose Deputy Prime Minister, Alexander De Croo, announced another €64 million over four years in core funding. With €36 million going to United Nations Population Fund, €12 million to UNAIDS and another €16 million to UNWOMEN. The Minister stood alongside youth activist Brenda Mbaja and Eva Ribbink of the Ribbink van den Hoek Family Foundation who announced a €25,000 commitments towards She Decides and another from the Brook Foundation which took the total committed up again, by €50,000.

Right before the night closed, Prime Minister of Norway, Erna Solberg, gave women’s health a final boost and pledged another $85 million (USD) toward the initiative.

These commitments provide vital funding that will allow recipient organizations to react flexibly and plan strategically in uncertain times for funding of women’s health issues. In a world where, even prior to the Global Gag rule was instated, close to 300,000 girls and women — or 800 every day — die each year due to pregnancy- and childbirth-related causes.

Our work is far from done if we are to make up for the funding deficit which now sits at around $8 billion. As Kenyan health rights activist, Brenda Mbaja, rallied from the stage in Hamburg “G20 leaders, the time is NOW. Reproductive health rights must be treated for what they are: Human Rights.”

Thank you Global Citizens for all of your emails, tweets and signatures. Together we will create a more equal world. Leaders, you will be hearing from us again.