His work is just one step in a long journey for African agriculture. 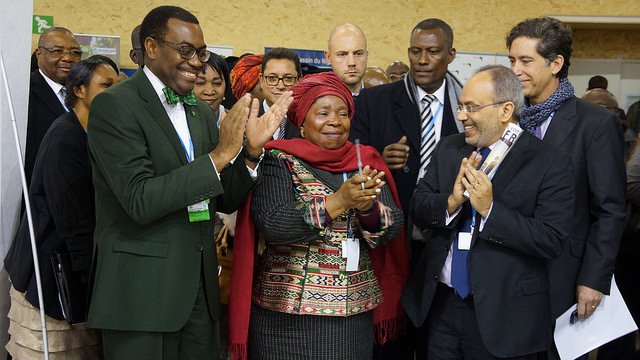 The son of a Nigerian farmer who went onto spend decades improving the African agricultural system just won what is considered to be the Nobel Prize for agriculture.

On Monday, Dr. Akinwumi Adesina, the president of the African Development Bank, won the 2017 World Food Prize for his work in expanding food production throughout the continent.

He has pushed to bring modern farming techniques to traditional, rural areas of Africa, a plan that could help improve global food security and eventually help end extreme hunger.

Each year, the World Food Prize awards $250,000 to an individual whose work “has advanced human development by improving the quality, quantity or availability of food in the world.”

“Adesinahas been at the forefront of galvanizing public will to transform African agriculture,” the World Food Prize Foundation said of Dr. Adesina.

Through pursuing policy reforms and encouraging modern farming practices, Dr. Adesina strived to make the African agricultural system one that worked for all.

Known best for his promotion of improved seeds and fertilizer to better crop yields in the Alliance for a Green Revolution in Africa (AGRA), Dr. Adesina also championed innovative financial changes to the African farming system, including providing greater access to local farmers to credit and convincing banks to invest more money into agriculture.

Read More: Banks Are Stepping Up to Help Africans Suffering From Famine

Appointed Minister of Agriculture in Nigeria in 2011, he helped the country increase food production by 21 million metric tons. He also ushered in an additional $5.6 billion in private sector investments.

Now, as president of the African Development Bank, he has expanded his mission to encompass the entire continent, and not just Nigeria.

Read More: Why Agriculture Is Key to Africa's Future