In 1917 ‘Silent Sentinels’ Protested for the Right to Vote

On Jan. 10, 1917, long before the days of MegaBus or a quick, casual drive to a place where women could collectively voice their opinions, 12 women silently gathered in Lafayette Square in Washington, directly across the street from the White House’s north lawn, and sparked a protest that would later contribute to granting women the right to vote.

The women were known as the “silent sentinels.” As part of the National Women’s Party, they organized the Grand Sentinels Protest — which included the first picket line to ever take place at the White House.

Read More: Meet Emmeline Pankhurst, a Rowdy Social Activist Ahead of Her Time

During the protest, women stayed through the bitter cold, taking up residence across the White House lawn with signs reading “How Long Must Women Wait For Liberty” and “Mr. President, What Will You Do for Woman Suffrage?" And they didn’t say, or shout, a word.

They literally lit bonfires of President Woodrow Wilson’s speeches in plain sight of the him.

Their actions and banners cried out for equal voting rights from Wilson who ignored protests as the US entered WWI in April 1917.

Read More: 7 Most Important Protests of 2016

Still, suffragettes and the NWP did not give up. With sharp lines such as “Democracy Should Begin at Home" and “Kaiser Wilson” their banners pointed out the bitter irony that Wilson was fighting for democracy abroad while women still had less rights domestically.

The “Kaiser Wilson” sign was a jab at Wilson, likening the U.S. President to the Wilhelm II, the German ruler America was engaged in war against at the time. The sign specifically ignited tension between anti-suffragettes who allegedly tore up the sign and physically attacked the NWP members picketing. 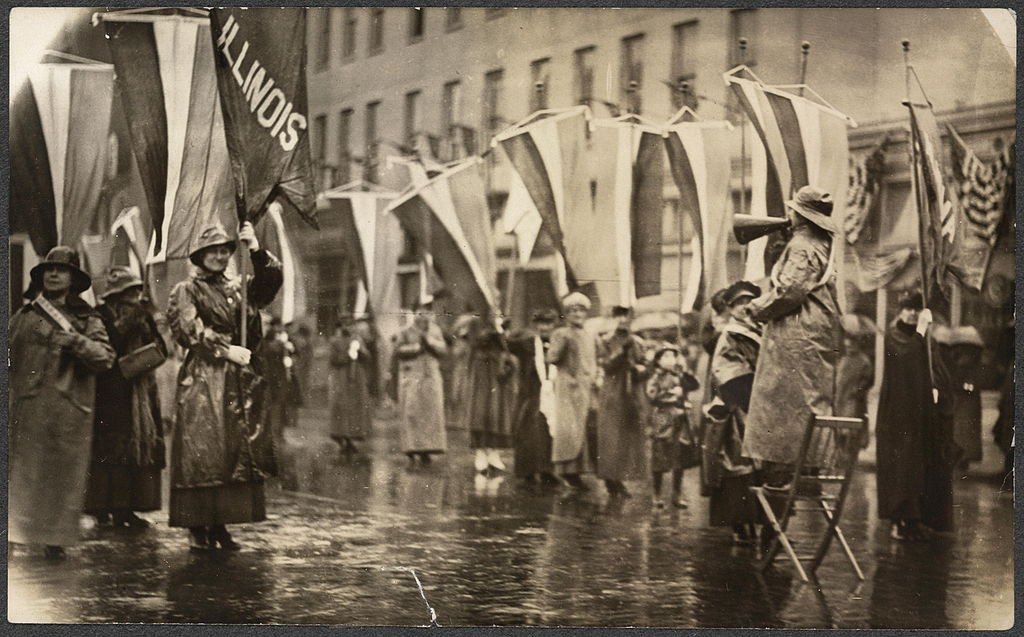 1,000 women gather in the rain for the Grand Picket on March 4, 1917 to protest women's suffrage.
Image: Wikimedia Commons: Library of Congress

Members of the NWP continued the protest six days a week in front of the White House through the summer of 1917. And over 500 women were arrested between 1917 and 1919 for picketing across the nation.

On Jan. 9, 1918, Wilson publically claimed support for the suffrage movement — pushing Congress to grant women the right to vote.

“The right of citizens of the United States to vote shall not be denied or abridged by the United States or by any State on account of sex,” was amended in the Constitution, Aug. 18, 1920, after failing in the Senate two years earlier. 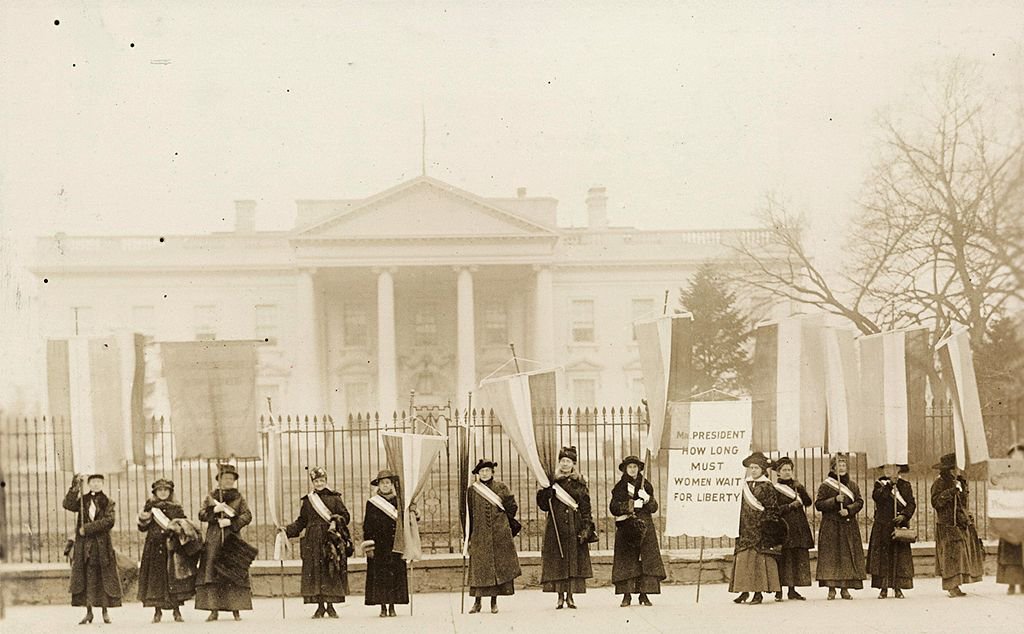 At the time, the acts of the NWP, which also included hunger strikes, the burning of presidential speeches on democracy and liberty, and getting arrested, were considered “unladylike” by their sister suffragette champions the National Women Suffrage Association.

Today, those acts of the Grand Sentinels Protests are regarded as paramount to passing the 19th Amendment landing women the right to vote in the U.S.

And in the past 100 years, women have gained the right to reproductive rights, legislation on Equal Pay, and women hold 20% of seats in Congress.

Now is not the time to let this progress slip away.

Let the women who fought courageously for the right to vote 100-years-ago act as inspiration to press forward and continue advocating for women’s rights everywhere.

In just 11 days, 100,000 women (and men) including celebrities such as Olivia Wilde, Scarlett Johansson, Katy Perry, Amy Schumer, Zendaya, and Cher will attend the Women’s March on Washington ensuring feminist voices ring out and clear for an incumbent Trump administration.

In past years, Trump spewed an array of sexist jargon providing an arsenal of reasons for women to fume over. While we can use this as fuel to stoke the fire that is the fight for women’s rights, let’s also recall the dauntless nature of the women like Alice Paul, Emmeline Pankhurst, and others. These women are the true badass feministas to follow on Jan. 21.