Amelia Earhart, 40, stands next to a plane before her flight from Oakland, Calif., to for Honolulu, Hawaii in 1937 on the first leg of her record-setting attempt to circumnavigate the world westward along the Equator.
AP Photo
Girls & Women

12 Badass Women Who Changed the Course of Human History

Women's History Month is almost over, but these women’s legacies live on.

As the month of March comes to a close, so too does Women’s History Month — an annual celebration of women’s accomplishments and stories. The past month has seen important strides made toward equality for and by women everywhere.

On March 8 — International Women’s Day — more than 5 million people took to the streets of major cities around the world in the largest-ever ‘feminist protest.’ Later, the Crown Prince of Saudi Arabia, one of the worst countries for women in the world, announced that he believed women were “absolutely equal” to men.

Major companies also joined in, with McDonalds flipping their arches from an “M” to a “W” for women and Barbie creating dolls in the image of powerful women from history.

As the month comes to a close, there is still much work to be done — whether that’s electing more women to office, ensuring gender pay parity, or getting rid of laws that discriminate against women around the world.

And we can look to history for inspiration as we continue to wage these battles.

In honor of the end of Women’s History Month, Global Citizen is highlighting some of the powerful, inspiring women who changed the world for the better: 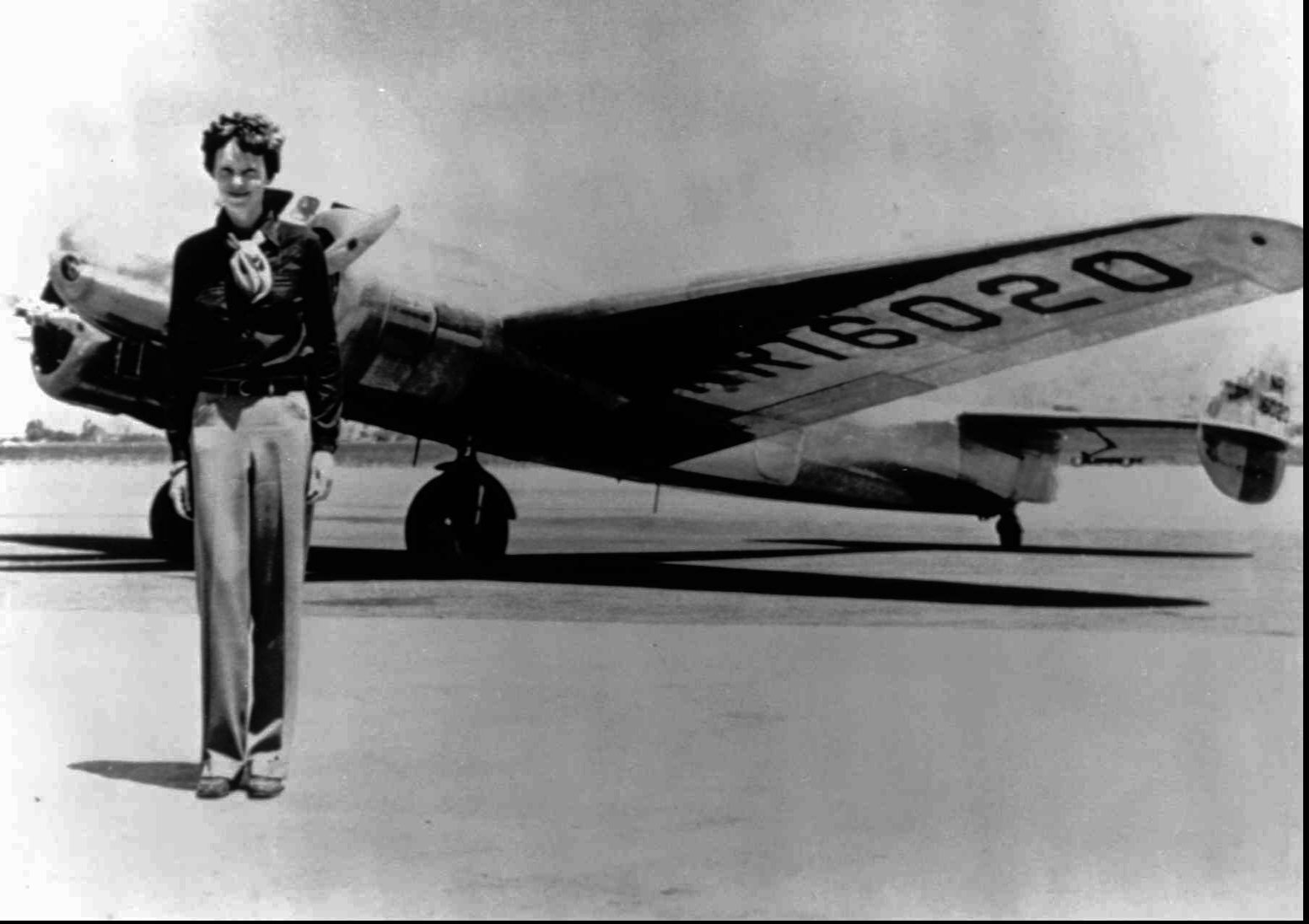 Amelia Earhart, 40, stands next to a plane before her flight from Oakland, Calif., to for Honolulu, Hawaii in 1937 on the first leg of her record-setting attempt to circumnavigate the world westward along the Equator.
Image: AP Photo

The first woman to fly solo across the Atlantic Ocean, Amelia Earhart made aviation history — and then disappeared into thin air. While the controversy over where, when, and how Earhart disappeared when she attempted to circumnavigate the globe in 1937 is still a topic of conversation, Earhart’s feats as a pioneer for female pilots should not be forgotten.

In 1932, Earhart completed a 15-hour flight from Harbor Grace, Newfoundland, to Derry, Ireland — becoming just the second-person to complete such a trip, and overcoming “fatigue, a leaky fuel tank, and a cracked manifold that spewed flames out the side of the engine cowling” along the way, according to reports published at the time. Her flight set the stage for other female pilots, including Anny Divya, who recently became the youngest-ever woman to pilot a Boeing 777. 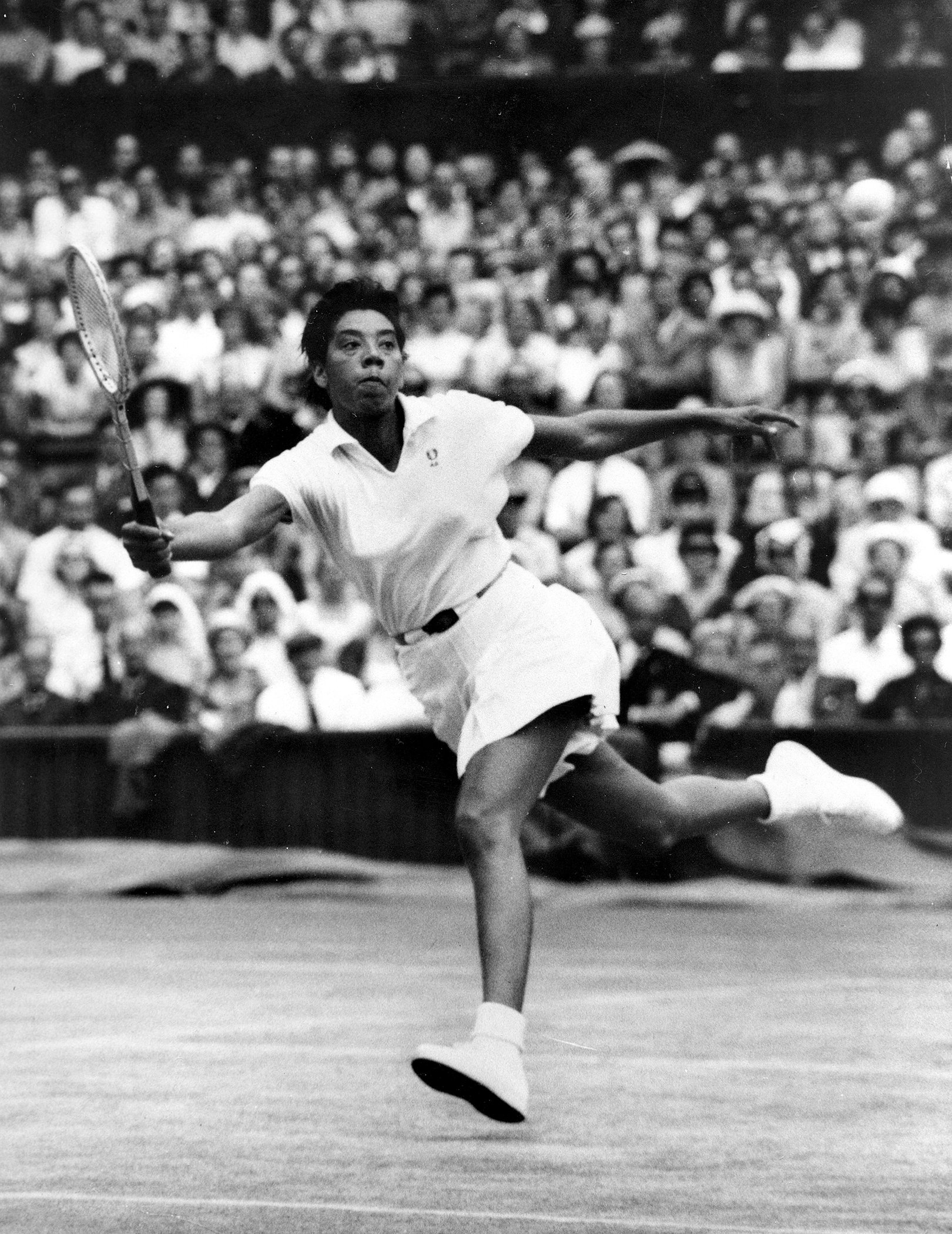 Well before Venus and Serena Williams dominated the courts, there was Althea Neale Gibson. Gibson was the first African American to play tennis at Wimbledon, the world’s oldest tennis tournament, which she did in 1950. She would later go on to become the first black woman to play in the PGA Tour, breaking a second color barrier in professional golf.

Read More: Hollywood Star Hedy Lamarr Was a Genius, But the World Only Saw Her Beauty

On and off the court, the multi-sport athlete never cowed to external pressure, once telling reporters, “I am not afraid of any of these players,” in advance of a major tennis match. 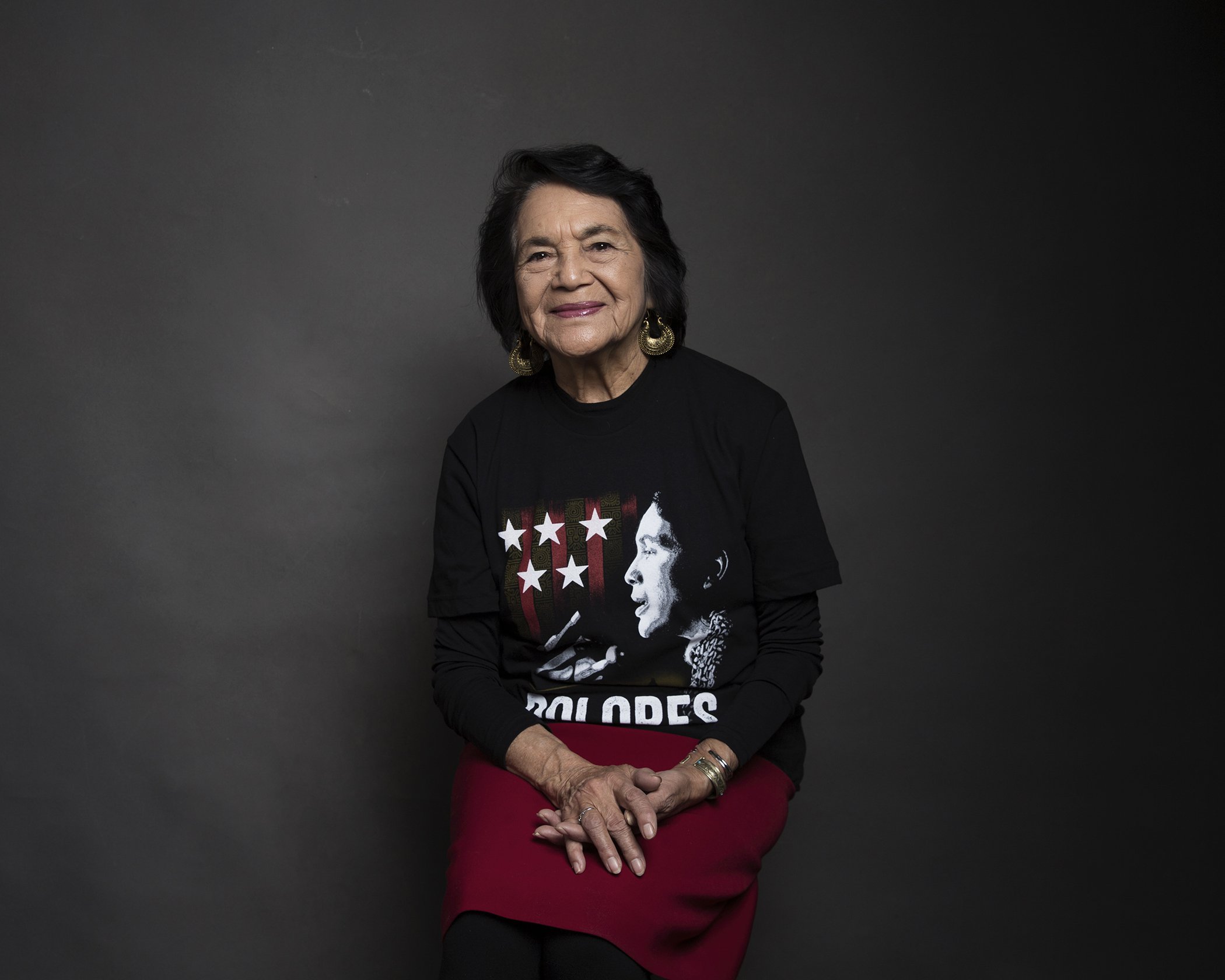 Dolores Huerta poses for a portrait to promote the film, "Dolores", at the Music Lodge during the Sundance Film Festival on Friday, Jan. 20, 2017, in Park City, Utah.
Image: Taylor Jewell/Invision/AP

A living legend, Dolores Huerta has organized for labor rights, especially in Latino communities, since the 1950s, and is famous for coining the phrase, “Si, se puede!” (“Yes, we can!”) Her labor activism began with farmworkers in Stockton, California, where she led the Agricultural Workers Association before co-founding the National Farmworkers Association, which was renamed United Farm Workers in 1966.

In her years as an activist, Huerta has fought for voting rights, higher wages, and better working conditions for low-income workers. Even in her old age, she’s become a powerful voice for the voiceless as an activist, speaker, and icon.

Most people have probably heard of the first man on the moon: Neil Armstrong. But what about the first woman in space?

That would be Valentina Tereshkova, a Soviet cosmonaut who in 1963 spent just under three days in space, orbiting earth 48 times. Tereshkova was born to poor, farm-working parents, but would ultimately be honored with the title of Hero of the Soviet Union as well as win a United Nations Gold Medal of Peace, according to Space.com. 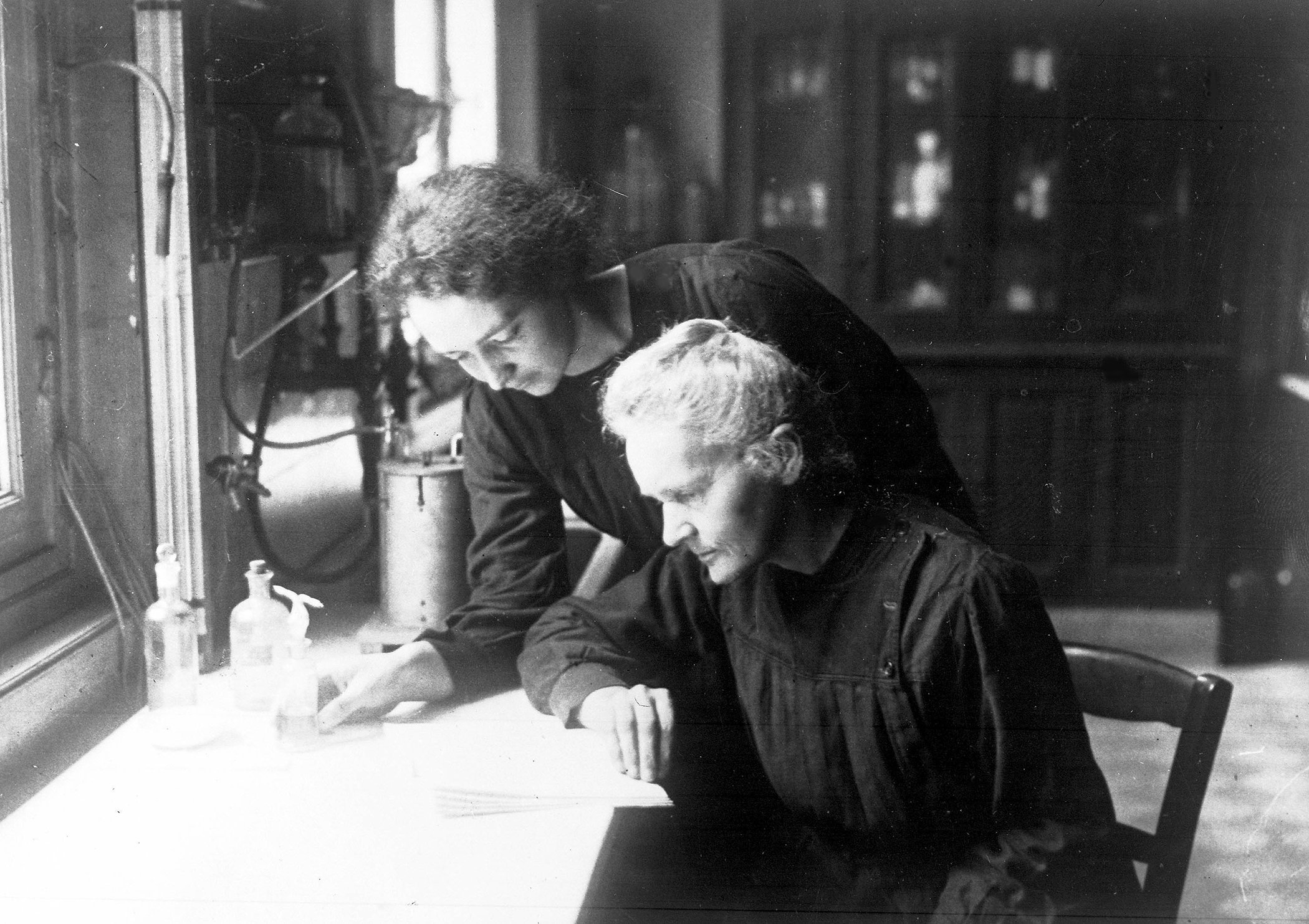 The first-ever female winner of the Nobel Prize, Marie Curie discovered the elements of polonium and radium, coined the term “radioactivity,” and was the winner of numerous academic and scientific distinctions over the course of her distinguished career.

A noted humanitarian, Curie also used her scientific discoveries to help deliver life-saving electromagnetic radiation techniques to French hospitals during World War I. During that time, she opened a training program at the Radium Institute that helped get other women involved in the response effort during the war, according to IEEE. 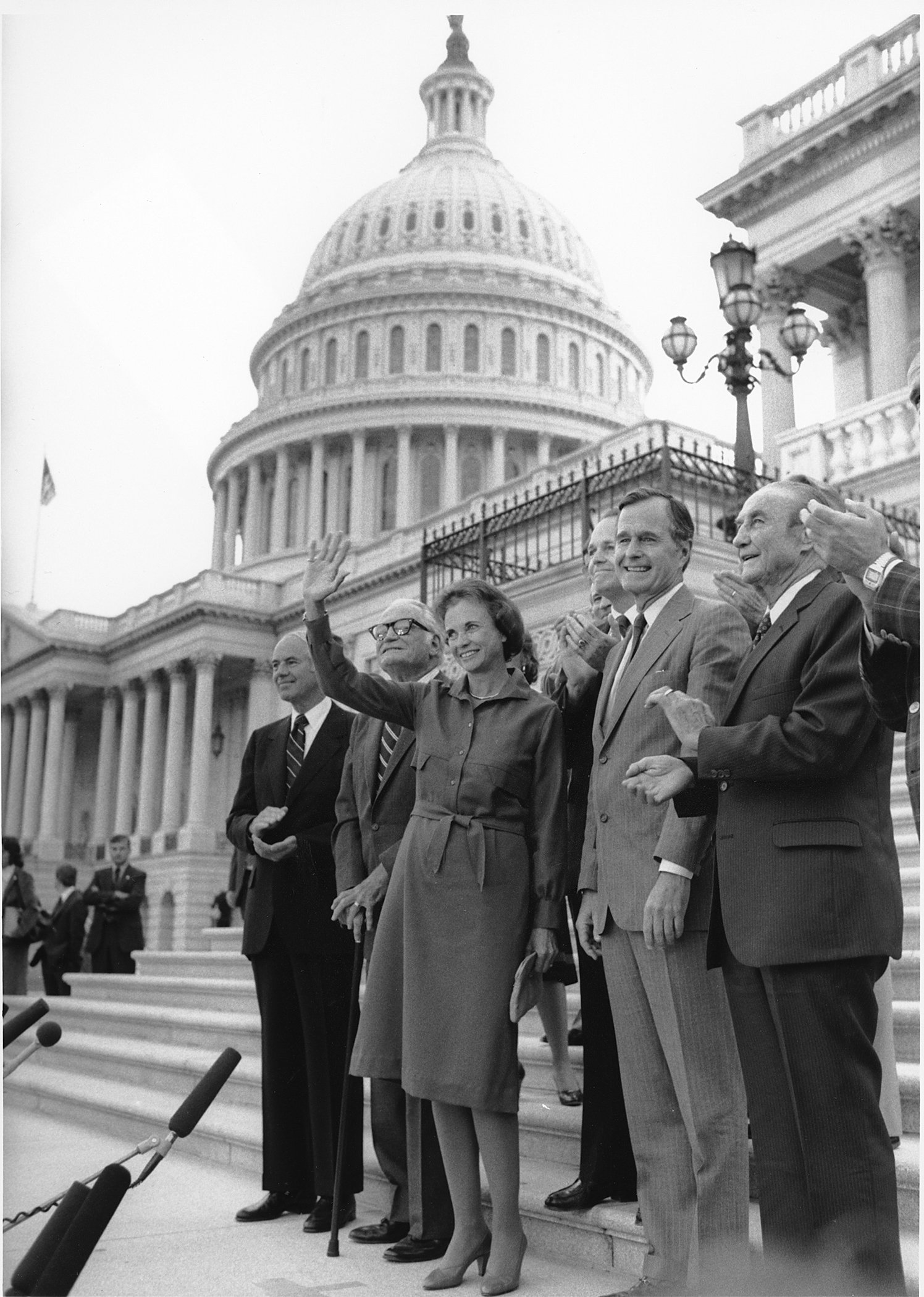 Sandra Day O'Connor waves to photographers after her unanimous confirmation by the U.S. Senate to the Supreme Court on Capitol Hill in Washington, D.C. on Sept. 21, 1981.
Image: Scott Applewhite/AP

The “notorious RBG” (Supreme Court justice Ruth Bader Ginsburg) might not be where she is today were it not for the groundwork laid by Sandra Day O’Connor, the first woman to serve as a justice on the US Supreme Court.

Read More: Girl, 8, Gets a Handwritten Note From Her Superhero: Ruth Bader Ginsburg

O’Connor graduated high school at age 16, and later studied at Stanford University — where she graduated near the top of her class. She was nominated to the US Supreme Court in 1981 by US President Ronald Reagan and served until 2006, a quarter of a century later. In her time on the bench, O’Connor served as the swing vote on major cases, including Mississippi University for Women v. Hogan, when she voted that men should be allowed to attend nursing schools. 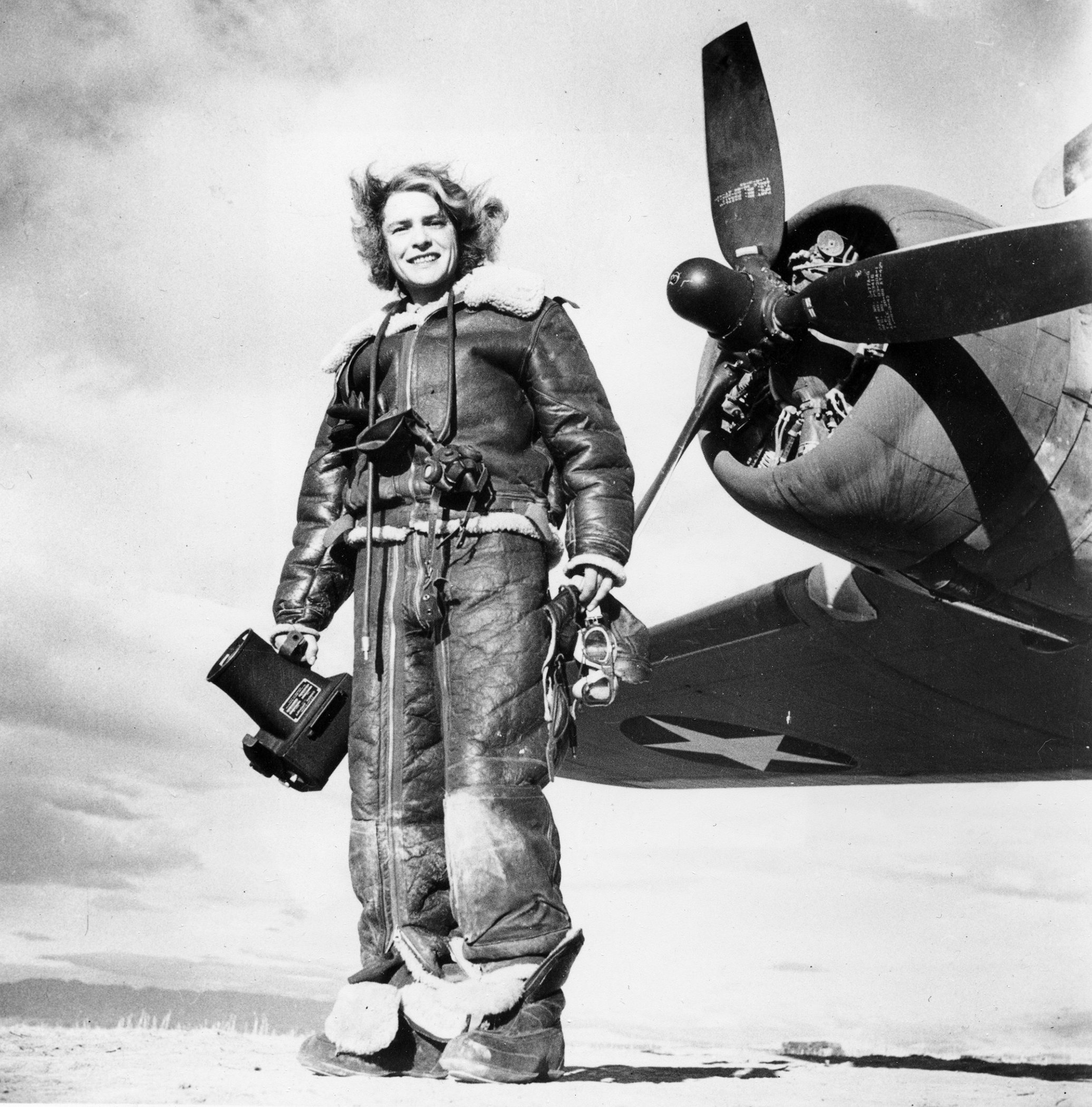 Known for her deeply moving portraits, Margaret Bourke-White was the first female documentary photographer to be credited for working with the US Army — paving the way for later generations of female war photojournalists that included Vietnam War photographers Dickie Chapelle and Catherine Leroy. Working alongside US military units in World War II for Life Magazine, Bourke-White did not just capture scenes from the war, but also brought to light the atrocities committed by Nazis at concentration camps in Germany. 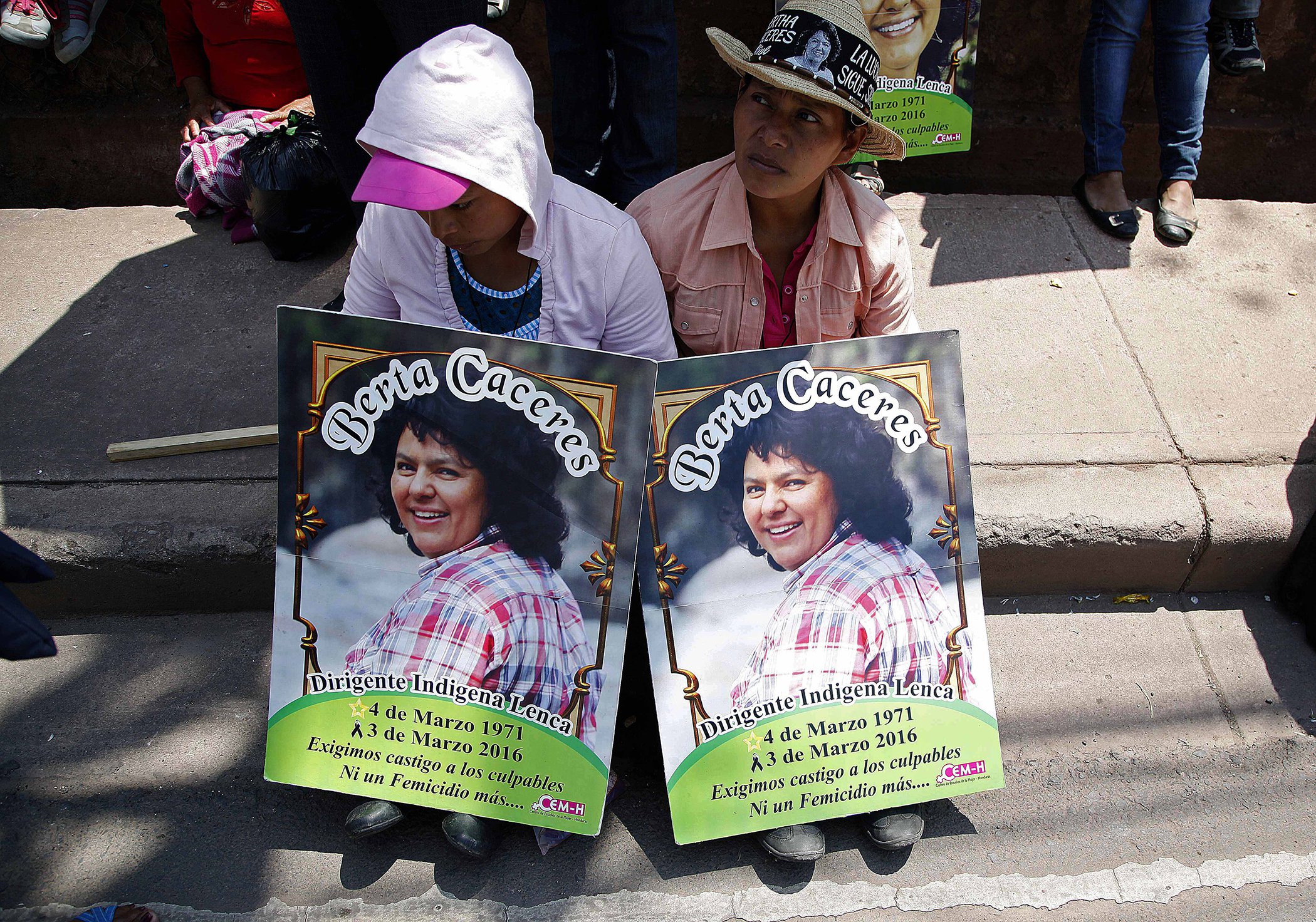 Two women sit on a sidewalk holding posters with the portrait of environmental leader Berta Caceres, as they protest outside of the Secretary of Natural Resources and Environment (SERNA) to demand justice over the recent slaying of Caceres in the capital.
Image: Fernando Antonio/AP

An environmental activist in Honduras, activist Berta Cáceres was murdered in her own home in an ongoing battle being waged between environmentalists and land developers in Central America. Cáceres, who was 45 when she was killed, dedicated her life to fighting for the protection of the Gualcarque River, a critical food and water resource for the indigenous Lenca population that was threatened by damming, mining, and logging projects.

Read More: 7 Victories for Indigenous People Around the World You Probably Didn’t Hear About in 2017

Cáceres founded the Civic Council of Popular and Indigenous Organisations of Honduras (Copinh), which is now led by her daughter Bertha Zuñiga — who has also faced armed threats for her environmental activism. Cáceres was one of more than 120 activists killed in Honduras since a right-wing coup toppled democratically elected president Manuel Zelaya in 2009.

Between 1990 and 2015, the gender wage gap between men and women in the United States decreased by more than 50% — from 36 cents to the dollar to 17 cents to the dollar. And while there is still work to be done to bring that gap all the way down to zero (by some estimates it could take more than 170 years globally to close the gender gap), women today can, at least in part, thank the activism of Lilly Ledbetter for the strides made in the past decades.

Ledbetter is the namesake of the Lilly Ledbetter Fair Pay Restoration Act, signed into law by President Barack Obama in 2009. Her landmark gender discrimination case, Ledbetter v. Goodyear Tire & Rubber Co., was overturned in 2007 because she had filed it more than 180 days after her initial employment. The Ledbetter Act revised this law, amending the 180-day requirement and making it easier for women to file gender discrimination cases and receive the restitution they deserve. 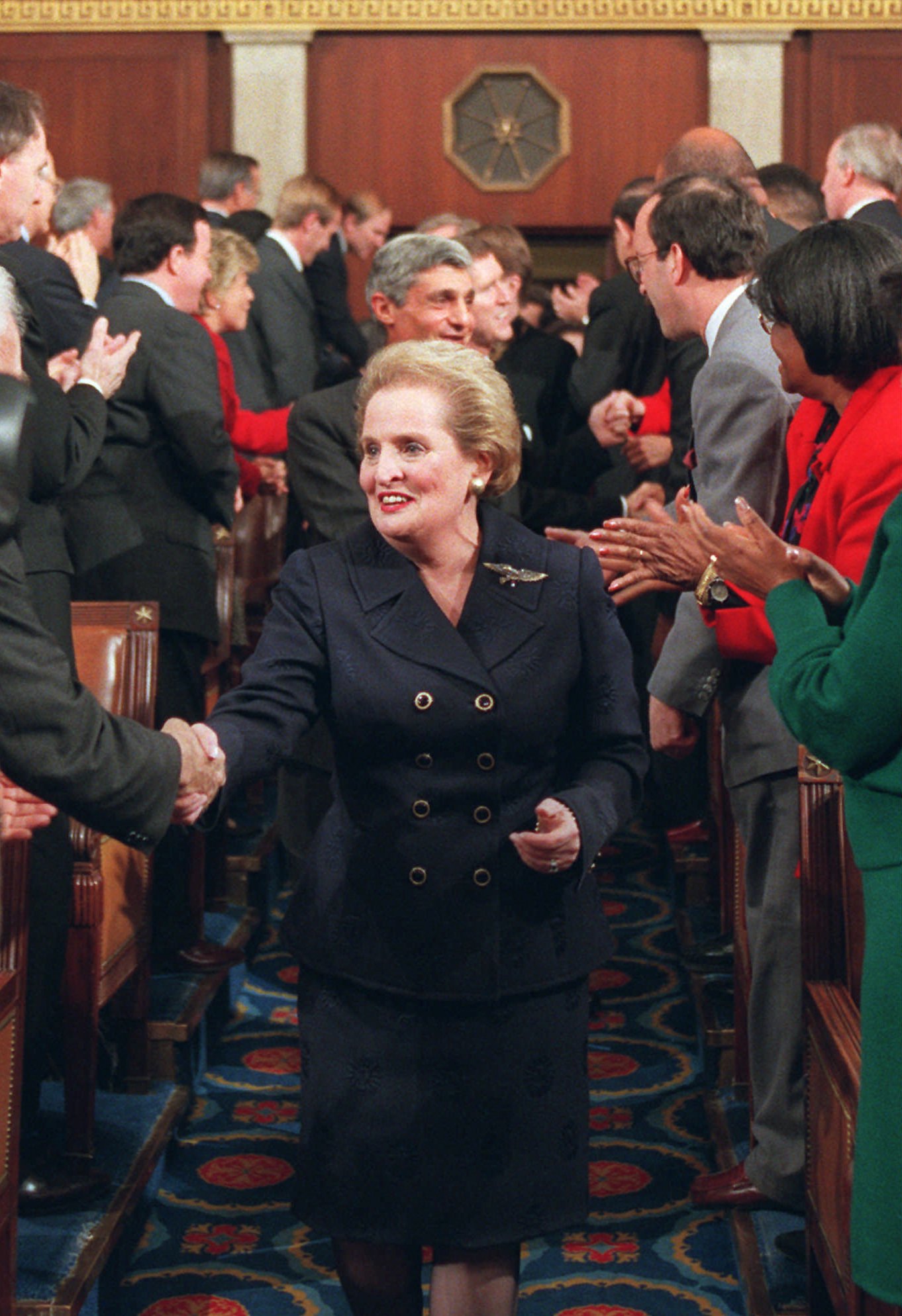 Secretary of State Madeleine Albright is greeted as she arrives for President Clinton's State of the Union Address at the Capitol on Tuesday Feb. 4, 1997.
Image: Joe Marqutte/AP

One of America’s most revered immigrants, having fled Czechoslovakia after it was occupied by the Nazis, Madeleine Albright was the first-ever female US Secretary of State. As Secretary of State, Albright sought to broker peace in the Middle East, strengthen US relations with China and Vietnam, and also made history by meeting with then-leader of North Korea, Kim Jong-il.

Her leadership paved the way for not one, but two female secretaries of state in the years since she relinquished the post in 2001 — Condoleezza Rice and Hillary Clinton.

The mother of the modern day movement for birth control, Margaret Sanger’s contributions to reproductive rights are notable for more reasons than one. Sanger’s own mother died during childbirth, after having brought 11 children into the world — a death that, according to American National Biography, Sanger attributed to a combination of multiple child births and poverty.

After leaving the suburbs for New York City in the early 1990s, Sanger went on to write columns for The Woman Rebel and New York Call about female sexuality and rights, and in 1914 was the first to use the term “birth control” in her pamphlet “The Woman Rebel.” Later in life, she founded the International Planned Parenthood Federation, which provided more than 180 million family planning services around the world in 2016, according to its website.

An advocate for the working poor, Jane Addams fought to end pernicious child labor in Chicago in the late 19th and early 20th centuries, becoming just the second woman and first American to win the Nobel Peace Prize in 1919. Addams opened Chicago’s Hull-House in 1889 as a haven for thousands of Chicagoans that also offered resources from kindergarten classes to an art gallery to an employment bureau.

Throughout her career, she was also the first woman to earn an honorary degree from Yale, which she was given for her charity work, and waged an ultimately unsuccessful anti-war campaign in the lead-up to World War I.

TopicsWomen & GirlsHistoryHeroesWomen's History MonthBadass Women
Amelia Earhart, 40, stands next to a plane before her flight from Oakland, Calif., to for Honolulu, Hawaii in 1937 on the first leg of her record-setting attempt to circumnavigate the world westward along the Equator.
AP Photo