Women Are The Answer via We Are Moving Stories.
.
Girls & Women

The documentary explores the link between women’s education and environmental stability.

Why Global Citizens Should Care
Educated women not only have the opportunity to steer their communities out of poverty and construct the prospering nations of tomorrow, but also hold the key to reducing our carbon legacy. Global Citizen campaigns on the right to universal education — regardless of gender, socioeconomic status, or ethnicity. You can take action here.

The global danger and influence of climate change is universally known. However, when it comes to addressing the major contributors of global climate change, the impact of population growth is often dismissed.

In her latest documentary, Australian filmmaker Fiona Cochrane attempts to shift climate change solutions away from diminishing greenhouse gas-emitting goods and enhancing the use of solar energy to instead focus on reducing population density.

Entitled Women Are The Answer, Cochrane’s internationally award-winning documentary highlights the links between population growth and environmental stability, and reveals that when it comes to reducing population density, educating women is key.

"In the West, when talking about climate change, we tend to concentrate on how much energy we all use, but we have avoided discussing one of the largest problems in the developing world — population growth and the number of people using the world’s limited resources — because it has been controversial,” she told film broadcast publication We Are Moving Stories. “Population growth is one of the most important factors in the climate debate, and the best way to reduce it is by non-coercive means, namely by the education of women through secondary school.”

Set in the southern Indian state of Kerala, the documentary explores Kerala’s birth rate percentage, literacy levels, and health care systems. Compared to the rest of India, in which 39% of girls aged 15 to 18 receive no education, Kerala has 93% literacy rates on par with Australia. Similarly jarring, families in Kerala have on average 1.7 children per couple, compared to 5.5 children per couple in various other Indian provinces.

“What is it about Kerala that makes it look like an entirely different country, rather than a state of India?” Cochrane asks in Indian newspaper The Hindu. “The answer is simple — the education of its women.” 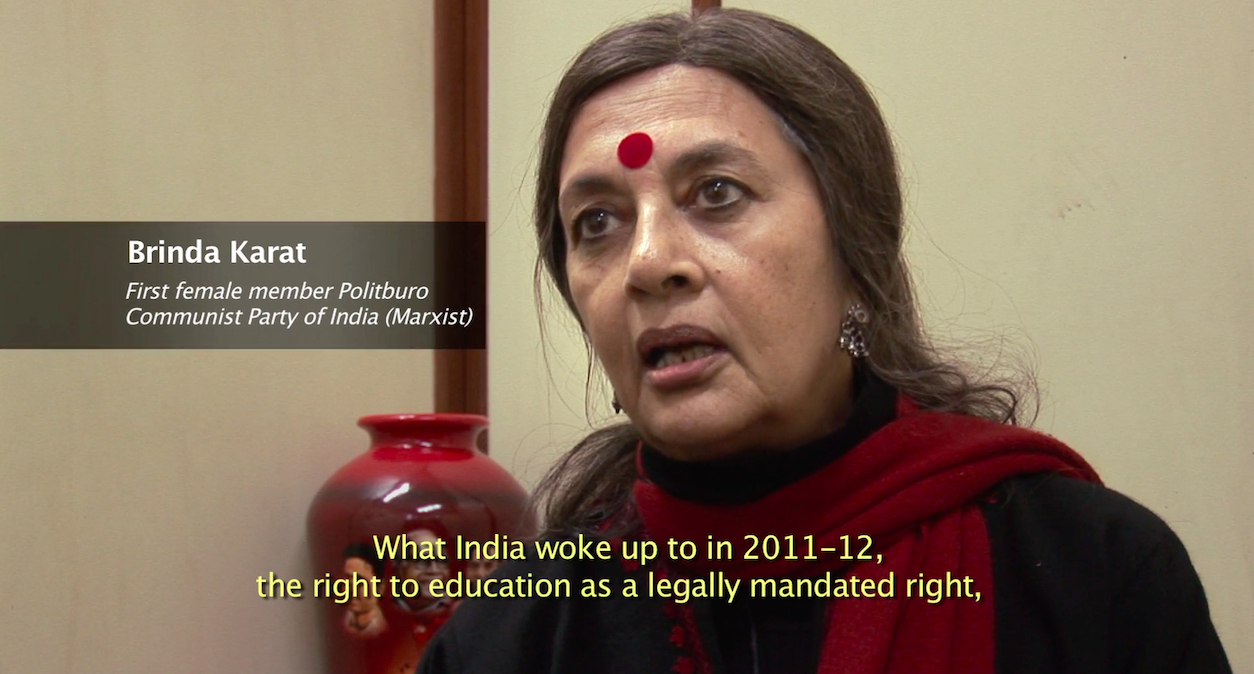 Brinda Karat in the Women Are The Answer Documentary.


Since 1970, Kerala has widely encouraged the education of women and girls. In 2011, the region regarded the wholesale education of all female children as a legally mandated right and initiated an array of statewide educational campaigns.

As a result, Kerala’s girls turn into women who pursue full-time careers, which, in turn, naturally delays the age in which many choose to start having children. Many are also empowered to avert pressure from relatives to marry and have children early.

“The evidence is overwhelming," he stated.

Related Stories Nov. 15, 2016 Periods Are a Pain — But They Shouldn’t Stop a Girl’s Education in India

For Cochrane, highlighting Kerala's success allows for greater global understanding about how all progressively overpopulated developing nations — like Pakistan, with a population of 193 million, and Nigeria at 186 million — can work towards reducing the number of people using the world’s limited resources, including coal, natural gas, and oil.

“Examining Kerala could contribute to the discussion on global population growth and how it might be slowed down in other developing countries,” she stated. “I want to show that if we don’t do something to curb population growth soon, the environmental consequences will be disastrous for everyone.”