Women are helping those around them by organizing food relief and taking care of people in need. 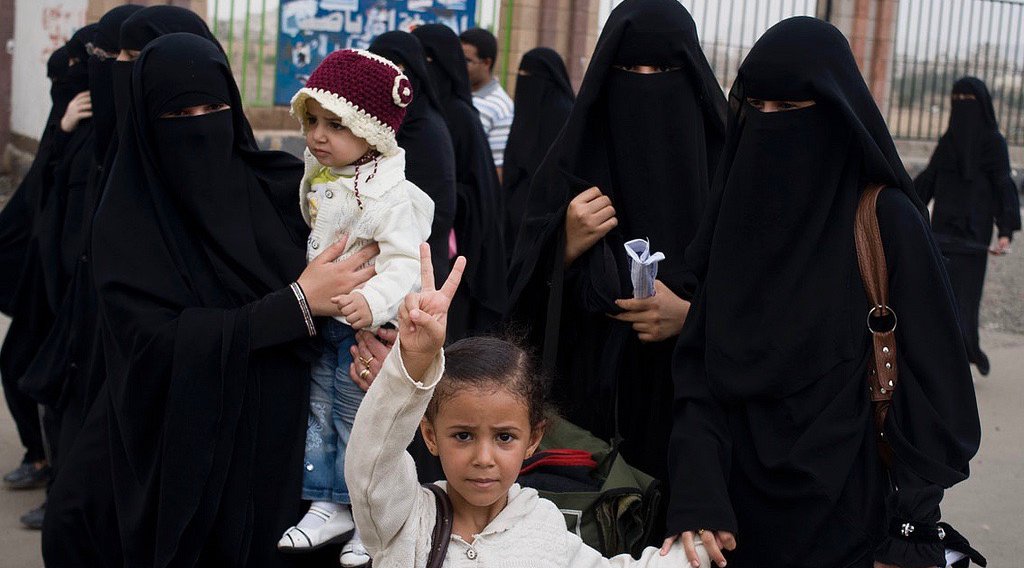 ADEN, YEMEN – Since the start of the latest Yemen conflict in 2015, women’s daily lives have been deeply impacted – among other difficulties, those who have been widowed struggle to provide for their families and it’s harder for pregnant women to access maternal care. However, many women have also risen to the challenge of helping those suffering around them, notably by starting NGOs or providing emergency medical aid.

Take Action: Children Are Starving And They Need Your Help

“The government is busy with war, so we don’t have any other choice but to help people,” Hiba Ali Zain Aidaroos, a 34-year-old lawyer and lecturer at Aden University, told News Deeply.

Ali Zain Aidaroos first decided to become a lawyer because she “wanted to help people get justice for the bad things that happened in their lives,” she said. But the courts have not functioned in Aden since 2015, when the Houthi rebels took the city, and even after they were forced out. So she decided to look for alternative ways to help others.

She did that through the local NGO Sawasya (“Equal”) which she founded in 2014, after civil uprisings began escalating into tribal conflicts. The organization has three main goals: reporting human-rights violations; distributing food aid to families in and around Aden who lost their breadwinners to the war; and more recently, giving out small solar energy systems to people unable to afford generators. (Today, there is little or no electricity in most of the country.)

“During the Houthis’ invasion of Aden [for four months in 2015], even if most women couldn’t help outside their houses, they still managed to gather money and cook [for the poor], while others volunteered as nurses in health centers,” Ali Zain Aidaroos said. “My brothers and I were crossing lines of fire to provide help to people in need.”

In June 2017, the independent international NGO Saferworld, together with the Center for Applied Research in Partnership with the Orient and the Yemen Polling Center, released a report analyzing how the conflict in Yemen affects the lives of the country’s women. It highlighted the growing role of women in war efforts or peace building, such as first aid, child protection and psycho-social support.

Before the war, the situation for women was [already] not ideal.

“Women are not passive spectators of the conflict unfolding in Yemen but are actively involved: from contributing to the war effort and combat, to protecting their families, to leading humanitarian relief efforts or reducing tensions and promoting cohesion within their communities,” said the report. “Regardless of whether women’s efforts are promoting or attenuating conflict, they are playing a significant role, alongside men, in shaping their country’s trajectory.”

For some women, that means putting their medical backgrounds to work in health centers or with international organizations, such as Medecins Sans Frontieres (MSF).

Read More: More Than 1 Million Children in Yemen Are at Risk as Humanitarian Crisis Worsens

“Due to the war, more women came to work with us,” said Malak Shaher, field communications manager for MSF. “A hospital that MSF manages in Taiz is directed toward women and children, and in Yemen women can only be treated by [other women], so 90 percent of our staff is female there. It is also easier for women to move around the country because they are considered harmless creatures. A lot of our doctors are women who are [internally] displaced; some left their families in order to work in a different area.”

One Yemeni doctor on MSF’s staff, Marwa Aljunaid, went from working in private practice in Ad Dhale district to joining the coordination team in Sana’a for MSF Holland. She is currently traveling between projects in the south and the north of the country, providing technical support and medical management.

“My family is a bit worried whenever I cross the front lines,” she said.

Women are not only victims [in this war], as they also play a leading role in peace building and humanitarian relief.

Through her job, Aljunaid sees how the war has affected her fellow citizens, especially women.

“Women have been under great pressure since the beginning of the war. Many families have lost their fathers because of the fighting, so women have taken on the role of mother and father, and ensuring the well-being of their families,” she said.

“Women who work face difficulties to go to their workplaces, which may be far from their home or behind frontlines. And pregnant women are struggling to reach hospitals to seek needed medical care, either because their homes are far away from the nearest hospital or because the roads are blocked due to intense fighting or airstrikes.”

But in Yemen’s conservative society, war is not the only problem women face, said gender activist Rasha Jarhum.

“Before the war, the situation for women was [already] not ideal,” said Jarhum, who manages a network called MENA1325 and helps NGOs led by local women in Yemen. Women in the country have long been disempowered and vulnerable, she said, a situation that the war has only exacerbated.

“The constitution was changed [in 1990] and … the national laws changed to emphasize guardianship rules, where a woman needs to ask a family male guardian’s permission to do basic things. Forms of violence against women [have long] included forced and early marriages, deprivation of inheritance, sexual and physical violence and street harassment.”

Read More: These 8 Women Are Speaking Out About What Life is Really Like in Syria’s Most Notorious Jails

When Yemen joined the “Arab spring” in 2011, its women took to the streets to try to improve their lives as citizens and as females. “Women were active in the national dialogue that took place in the transitional period between 2012 and 2014, making up nearly 30 percent of participants,” said Jarhum.

The outcomes of the dialogue included recommendations to reinstate equality between men and women; to allocate a 30 percent quota for women in all forms of decision-making; and to amend and draft laws in order to protect women.

The war broke out before any of these recommendations could be adopted. However, that does not mean that all hope is lost, said Jarhum.

“Women are not only victims [in this war], as they also play a leading role in peace building and humanitarian relief,” she said. Despite the challenges of war, Jarhum hopes that women’s experiences during this time might give them grounds to fight for their rights once the war is over.

Ali Zain Aidaroos is also optimistic that the women of Yemen will emerge from the war with a determination to make themselves heard. “War has strengthened women; it has made them more independent and able to speak up. I don’t think they will ever accept anything less than being fully part of the future politics of Yemen and being changemakers in society.”