It could be the only way to get justice. 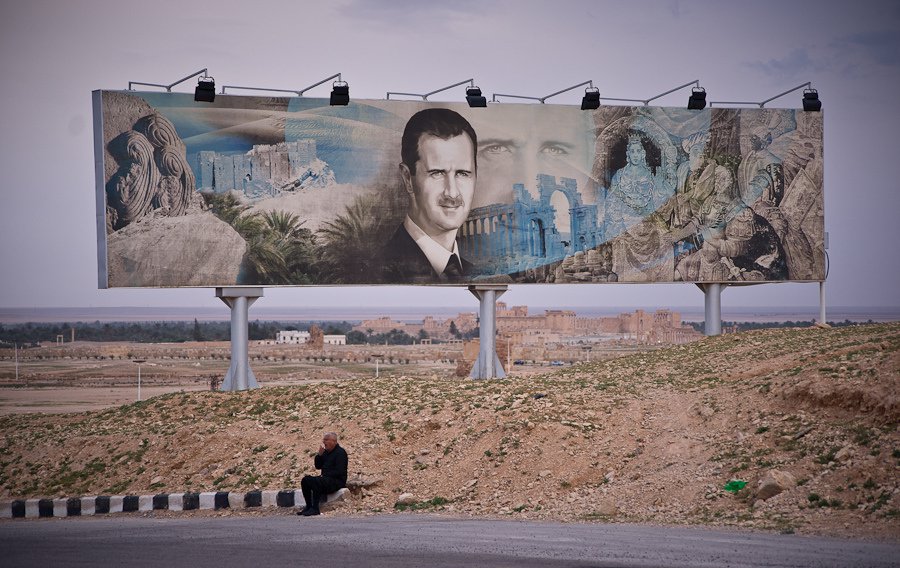 Eight brave women have revealed what life is really like inside a Syrian prison, in the hope that it will bring justice for tens of thousands of people suffering violence and inhumane treatment in regime cells.

The women say they suffered unimaginable violence and abuse during their time in detention, which ranged from eight days to 11 months, between 2011 and 2016.

They have now spoken out about their experiences in some of Syria’s most notorious detention centres, in a report by Syrian NGO Lawyers and Doctors for Human Rights (LDHR) entitled “Voices From The Dark.”

Read more: Meet the Heroic Syrian Women Who Are Saving Lives as Volunteers for the White Helmets

“Their stories contain horrific details of rape, sexual violence, and brutal torture,” reads the LDHR report. “They disclose unbearable suffering and agony, to the point where one of the women would have given up her children to make it stop.”

The women — under the pseudonyms Rima, Amina, Hayah, Munira, Ayda, Janan, Manar, and Zahira — come from many different areas of Syria, including Idlib, Aleppo, and Homs, and were held at government-run prisons all over Syria.

Each of the women have at least two children, and almost all of them were arrested while they were caring for their children, who were then left to fend for themselves. Rima’s children had to travel on their own by bus to relatives inside Syria. Ayda and Janan’s children were left by themselves at checkpoints.

Each, according to the report, was arrested arbitrarily, and every one of them was branded an extremist or a terrorist sympathiser without any evidence.

Global Citizen campaigns to achieve the Global Goals, including Global Goal No.16 for peace, justice, and strong institutions. You can take action here.

The women, who don’t know each other, were medically evaluated by a specially trained LDHR doctor who concluded that seven of the women were subjected to “extreme physical” pain repeatedly.

“Some were beaten and punched all over their bodies, slapped, thrown to the ground and kicked, lashed with thick, braided wire, cables, or hoses. Ayda had her leg stabbed with full force using a letter opener, had burning cigarettes ground into her hands and breasts, and was knocked unconscious by a sharp blow to her head,” reads the report.

“Janan was forced to lay on her back with her feet raised. Her feet and legs were beaten savagely with a broken-ended wooden stick and a braided cable… This happened on seven different occasions… By the last session, she was begging for it to stop. She told them she would say whatever they wanted. She said she would have given up her husband and children, she was so desperate.”

Read more: 10,000 Kids are Trapped in Raqqa Amid ISIS Fighting

But the violence in the prisons wasn’t just physical. From the moment they arrived, the women were kept in a constant state of extreme anxiety and psychological suffering.

Only one of the interviewees didn’t mention being subjected to some form of sexual violence during detention, in corridors, bathrooms, and their cells. Throughout their time in detention, the report reads, “the women’s bodies were not their own.”

The report also details the “squalid, subhuman conditions” that the women were held in, which “stands in stark and shocking contrast” to the UN Standard Minimum Rules for the Treatment of Prisoners (UNSMR).

The women describe being held in overcrowded, dank cells, where disease and insects thrived. They suffered from the spread of lice, from scabies, and from the insects or cockroaches which infested their cells.

‘It was so dark all the time, they could not tell day from night,” continues the report. “The cell was dank, mouldy and smelled of blood. There were only dirty blankets filled with lice and lice eggs. The cell was also crawling with small insects which stung them, leaving painful, itchy lesions. The women clawed at their skin because of the itch.”

Without exception, the women are still haunted by the terror of their detention. They are withdrawn, fearful, and anxious, and their relationships with their families, children, and communities have suffered greatly.

But for the Syrian NGO, for victims to tell their stories is the only way to achieve justice, for the tens of thousands of Syrians that have been detained in these centres; for the thousands of women who are still believed to be held in detention; and for the children who are also being detained and exposed to the same horrors.

The LDHR is calling for the immediate end of the arbitrary arrest and detention of government opponents, and the torture, extreme cruelty, and inhumane treatment which is being inflicted upon prisoners.

Arbitrary arrest and detention in centres such as the women experienced are tools used by the Syrian government “as part of a systematic attack against the civilian population,” reported human rights watchdog Amnesty International.

Read more: The War in Syria Is Hitting Women Trying to Go to School the Hardest

Amnesty reported in February that as many as 13,000 people were executed at a single prison, notorious Saydnaya, near Damascus, between 2011 and 2015.

“The bodies of those who are killed at Saydnaya are taken away by the truckload and buried in mass graves. It is inconceivable that these large-scale and systematic practices have not been authorised at the highest levels of the Syrian government,” Amnesty said.

“The victims are overwhelmingly civilians who are thought to oppose the government,” Amnesty added. “Many other detainees at Saydnaya Military Prison have been killed after being repeatedly tortured and systematically deprived of food, water, medicine, and medical care.”

In Syria's Saydnaya prison up to 13,000 people have been secretly hanged since 2011. End this horror NOW: https://t.co/a8mnT90jMRpic.twitter.com/1n5l8bsOnC

The victims — doctors, journalists, political dissidents, aid workers, and more — were all believed to oppose the government of President Bashar al-Assad in some way, even if that meant simply opposing the carnage.

President Assad and his government have rejected similar reports of torture and extrajudicial killings in the past, writing them off as propaganda, in a civil war that has claimed hundreds of thousands of lives.

While the women interviewed by the LDHR were among the survivors, the report’s conclusion about the long-lasting impact on their lives is chilling.

“All of the women have intrusive thoughts and flashbacks,” it reads. “For Amina, it is ‘the screams of men and the sounds of torture instruments’ that will not leave her. Nor the forced physical search and sexual violence upon arrival at the detention centre.”

It adds: “Black jackets trigger images of Ayda’s rape. The sound of water drops takes her straight back into solitary confinement. Janan says the voice and face of her interrogator, his torture tools and the cell walls follow her everywhere and chase her in her dreams.”

Read more: Syrian Girls Being Forced Into Child Marriage Are Turning to Suicide

That none of the women were held in the same place or at the same time, yet described consistently horrific conditions, cruelty, and inhumane treatment, shows just how widespread the issue is. It is estimated that some 65,000 prisoners have died in regime jails during the six-year conflict in Syria.

But LDHR hopes the women’s stories will inspire the international community to put pressure on the Syrian regime to allow inspectors into the country and its jails.

The NGO also aims to hold Syrian officials responsible for the mistreatment of prisoners, to draw attention to their cruelty so they can be punished at future war crimes trials.

“There were too many women to choose from, with horrible stories, when we set about compiling this report,” Khazi told the Independent.

“I have often felt powerless during the war. This is documenting our history, no matter how terrible it is, and probably the only way the Syrian people will ever have some justice."