The Tiny Microbeads In Soap May Pose a Big Environmental Problem 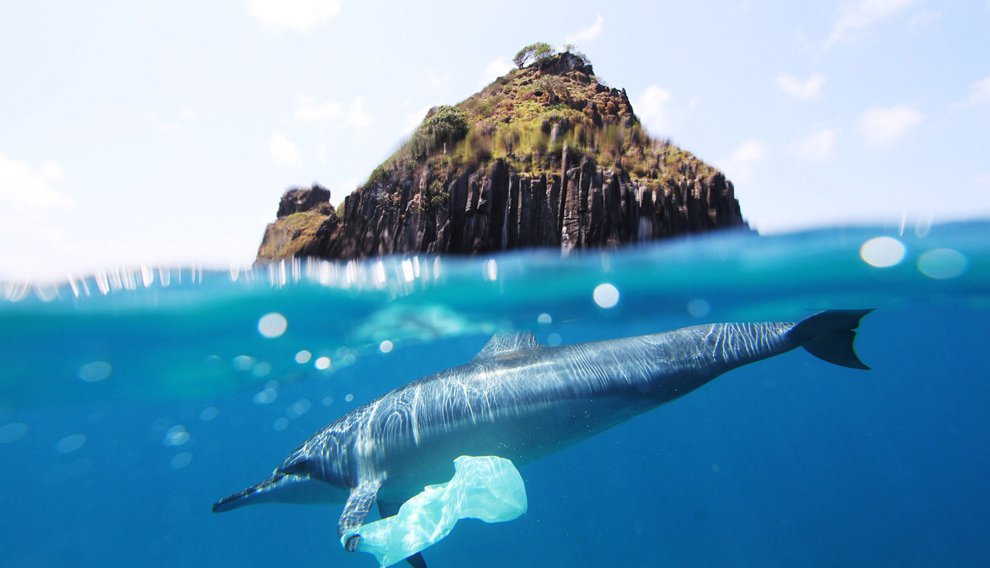 Exfoliants may be great for your skin, but the environment is paying a high price thanks to one tiny ingredient in your soap: microbeads.

A image of microbeads in the ocean may not tug on the heartstrings like a picture of a sea turtle caught in a plastic pop ring, but these tiny plastics are adding up in our waterways and threatening the lives of the animals who live there.

Global Citizen campaigns on environmental issues, knowing that a healthy environment gives people the opportunity to survive and thrive in a world free of extreme poverty. You can take action here.

But how are microbeads traveling from your morning cleanse to the shore of the ocean? Just as they are meant to.

These tiny plastics are designed to be rinsed down the drain, which is precisely where environmentalists and scientists don’t want them to go.

What’s a microbead? Which produces use them?

A microbead is a small piece of plastic, about 1 millimeter or smaller in size (approximately the size of a pinhead).

They are typically used as abrasives or exfoliants because their hard surfaces are effective, damage-free scrubbing tool for your skin and they don’t dissolve in water. For these reasons, it has become a common ingredient in many personal-care products.

Take Action:Call on the UK Prime Minister to Protect the Oceans

"The effect is similar to grinding up plastic water bottles, other products of concern to environmentalists, and pumping them into oceans and lakes," The New York Times wrote.

Microplastics are a big news item this week.
But what exactly are microplastics? Watch this 🎞️ to find out. #CleanSeas#BeatPollutionpic.twitter.com/vucKa4v8KD

How do microbeads get into the ocean or lake?

Those tiny pieces of plastic don’t dissolve in water, which is why they work so well at cleaning the oil and dirt out of your pores. However, because they are so small (less than 1 millimeter), the microbeads are not filtered out by wastewater treatment plants. That means they end up in water streams by the trillion.

US households wash 808 trillion microbeads down the drain each day, according to a study published in Environmental Science & Technology by the American Chemical Society. At the waste treatment plant, 8 trillion microbeads enter directly into waterways. That’s enough to cover 300 tennis courts each day and dump it in the lake.

Although the majority of microbeads at waste treatment plants do not directly enter water sources, there is still a clear pathway for the tiny plastic pieces to eventually find their way into rivers and lakes. The remaining 800 trillion microbeads settle into sludge, which is later applied as fertilizer to grass and soil where the microbeads can enter water sources via runoff.

Even one shower can release 100,000 microbeads into the ocean, British MPs warned.

"We're facing a plastic crisis and don't even know it," Stephanie Green, a co-author of the study, told CNN.

Many of the microbeads are ending up in the already-plastic polluted Great Lakes. A 2013 study found 1.7 million microbeads per square kilometer in Lake Erie, the highest count of the five lakes.

#Welsh government to prohibit the use of #microbeads in #cosmetics via @CosmeticsDsgEU#QARA#EUCompliancehttps://t.co/LFOB2fukqG

What damage can the tiny plastic beads really do?

Once in the water, microbeads accidentally enter the food chain. The microbeads used in many self-care products are the same size as fish eggs — food for many marine life.

Over 250 species of marine wildlife have mistaken the microbeads as food, according to a 2013 study, including fish, turtles, and seagulls.

"Microbeads are highly damaging to the natural environment and the wildlife that live there," the Wildlife Conservation Society said in a press release.

If ingested by an animal, the microbeads not only deprive the creatures of needed nutrients but also can become lodged in their digestive tract, causing pain, inability to eat and eventually death.

The microbeads possess another threat to wildlife. Because the plastic in the microbeads attracts and absorbs toxic chemicals, they are toxic to wildlife that eat them and humans that may eat fish that consumed the beads.

What have leaders done about the microbead problem?

The US passed a law banning plastic microbeads in soap, toothpaste and body washes in 2015.

Since President Barack Obama signed the ban, major companies like Unilever, Procter & Gamble, Johnson & Johnson and L’Oreal pledged to phase out products that use microbeads by July 1, 2017.; however, it is unclear if all of the brands have followed through on this commitment.

Members of the British Parliament followed up by calling for a worldwide ban on products containing microbeads. Canada made a similar law to that of the US and pledged to ban all microbead products by July 1, 2018.

Read More:Bad News: Your Yoga Pants Are Killing the Oceans

However, legislatures are unaware of all the products that contain microbeads, creating a loophole in the US ban that allows manufacturers to continue to sell some products with microbeads, including detergents, sandblasting materials, and cosmetics.

This loophole exists because the US Food and Drug Administration (FDA) does not have ingredient list guidelines for some of these products; therefore, these products could or could not include microbeads without the consumer or the government knowing.

Ban the 'bead! #Microbeads, what are they good for? Absolutely nothing. Check out latest @ECOH_Inc blog post... https://t.co/ql1nVv7n9qpic.twitter.com/TvsJHqX3DN

What can I do to reduce microbead pollution?

The simple answer: stop using and buying products that have microbeads in them.

You can check for yourself if a product uses microbeads if the label includes these ingredients: Polyethylene (PE), Polypropylene (PP), Polyethylene terephthalate (PET), Polymethyl methacrylate (PMMA) and Nylon (PA).

If you use exfoliant products that contain microbeads, opt for natural exfoliants like oats, salt, yogurt, sugar or coffee grounds. Alternatively, you can try the cosmetic alternative to microbead: man-made sand.

And if you already have products in your house with microbeads, don’t just throw them away where the beads will end up in a landfill and could end up runoff water anyway. One possible solution is to ship them back to their manufacturer.

You can donate microbead products to the 5Gyres Institute, a research and education group studying plastic waste, by sending this to this address: 3131 Olympic Blvd, Santa Monica, CA 90404; or you can send them to the team of scientists documenting microbead pollution in the Great Lakes: SUNY Fredonia, Attn: Sherri Mason, 280 Central Ave., 340 Sciences Complex, Fredonia, NY 14063.