The Real Cost of Female Circumcision

Isatou Barry was 28 years old when she was put through hell for a second time. She took her niece by the hand, promising her bananas and pigs’ milk when it was over: Just as they had promised Barry when she was a little girl herself. Barry handed the girl over to a woman, just as they had asked her to. She saw them put a cloth over her niece’s little face, blindfolding her. She heard the screaming, sobbing; the anger in her voice. Then Barry herself also started to cry but she wasn’t allowed to stay. They told Barry that she wasn’t supposed to see or hear this; her task had been simply to bring the girl to them. Now all she could do was wait until it was over.

Barry grew up in a village in the Gambia. She is now 40 years old but still remembers that moment as if it were yesterday.

After the circumcision, they told Barry that her niece was now “pure” and celebrated with a party. Barry kept her promise: There were bananas and pigs’ milk. Women from the neighborhood came to dance and sing while the girl still lay on the ground, screaming and sobbing. Men aren’t allowed to attend this ceremony.

For many families in the Gambia, circumcision is an expensive ritual.

Read More: FGM Among Us

“Poor families struggle to scrape together enough money for this celebration. They will often save up for years”, says Barry. But many cultures view it as a rite of passage. “If you aren’t circumcised, you’re discriminated against.”

Barry now lives with her husband and children in Germany, where she campaigns for an end to female genital mutilation. 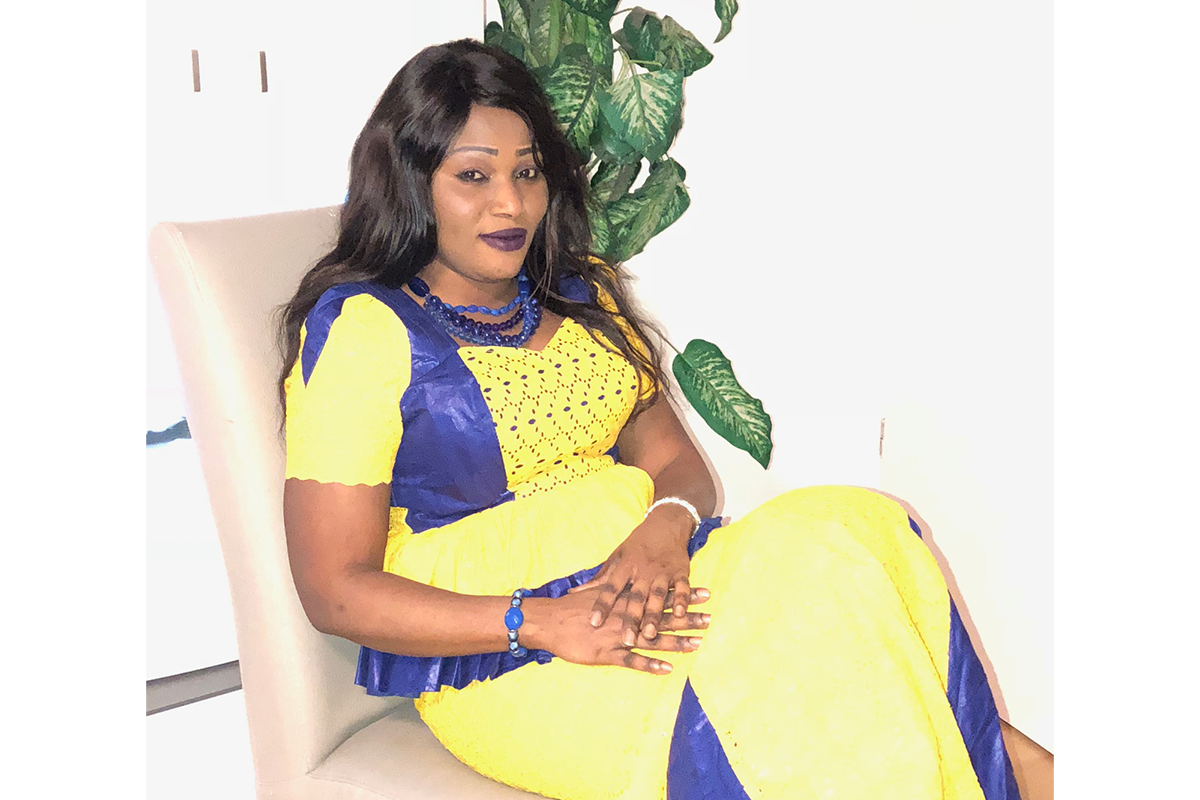 Isatou Barry, 40, is fighting for an end of FGM in the Gambian community in Berlin (Germany).

Every eleven seconds a girl will be circumcised somewhere in the world according to women’s rights organization, Terres des Femmes. That’s 8,000 girls every day. These are girls just like Isatou Barry and her niece, living in Nigeria, Somalia, Indonesia, or Iraq. They come from Afghanistan or Eritrea. Some live in Germany or the Netherlands. FGM has long since been more than just a localized problem—it’s a global phenomenon.

In Germany, female genital mutilation has been a crime since 2013, with perpetrators facing up to fifteen years in prison. Since 2015, it has also been an extraterritorial crime. This means that if parents take their daughter back to their homeland—usually during the long summer vacation—and have her circumcised there, they can be prosecuted for it in Germany.

However, this is difficult to monitor. While there haven’t been any proven cases or convictions in Germany to date, a female FGM perpetrator has been charged and sentenced in Paris. There are also some countries where FGM is widespread despite being officially banned, such as Egypt. “The practice is still being carried out there—even in hospitals under hygienic conditions,” says Weil. This example highlights that, while legislation is a useful tool, it isn’t enough on its own.

It is far more important to make changes to the everyday lives of families in Germany, give children access to a good education, and provide parents with job opportunities. In short, the emphasis should be on integrating new arrivals into the society they now live in. “Integration plays a key role. When families are well-integrated and have adapted culturally, there is significantly less likelihood of girls facing circumcision,” says Weil.

Weil emphasizes that although 99 per cent of traditional FGM procedures are performed by women, the procedure is still very much a way of oppressing the female sex. “The main reason for female genital mutilation was—and still is—to control women’s sexuality,” she says. Sewing the vagina together is supposed to preserve virginity and remove the woman’s sexual desire. “The tradition has a number of origins, which may vary significantly between different countries and regions, as well as between tribes in an individual region.” Female circumcision is often seen as a purity ritual. Myths also exist in certain places, professing, for example, that men become impotent if they touch the clitoris. Many cultures place high importance on the more aesthetic aspects: In many places, a woman is only considered beautiful, clean and pure if she has been circumcised. In some regions, particularly in some east African countries, it is almost impossible for women to find a husband if they haven’t been circumcised. This is why economic factors also play a key role. Here, female genital mutilation has nothing to do with the level of education, “People across the entire social spectrum have their daughters circumcised—from doctors to builders.”

FGM doesn’t have any religious origins and is carried out irrespective of religion—it takes place in Muslim as well as Christian communities—and is strongly anchored in social structures. In many countries, such as Somalia, it is an “unbreakable social norm,” with 98 per cent of the female population having been circumcised. Refugees from Somalia who arrive in Germany also find it difficult to break with this tradition. “We find the Somalian community very hard to reach. Most Somalian refugees have concerns of a completely different nature. They are living in precarious situations where they are often isolated and don’t know whether they will be forced to return to their homeland. This kind of thing is a contributing factor.”

Many new arrivals feel as if we want to rob them of their identity and culture. FGM is also a taboo subject in many communities: People only discuss it with their most trusted inner circle.

According to UNICEF, in Isatou Barry’s homeland, the Gambia, around three quarters of women between the ages of 15 and 49 have been circumcised. When she was at school, Barry and the other girls in her class were told by a female teacher that some circumcised women have problems giving birth. “She also said that circumcising girls was a scandal.” However, Barry’s mother refused to listen to such “nonsense.”

“I was confused, but my mother told me that what my teacher said was a lie. She told me not to worry and that it was a scandal for girls not to be circumcised. My mother genuinely believed that it was good for me and that would I would do better in life if I was circumcised. And you believe your mother, because she’s the closest person to you.”

Barry survived her circumcision. But the wounds still haven’t healed, even now.

Only when Barry had her first child did she fully grasp that what they had done to her as a little girl was not good. She experienced severe pain and was only able to give birth via C-section.

Isatou Barry has been living in Berlin since 2007. She has been actively campaigning against female genital mutilation for several years and is one of eight “CHANGE agents” in the German capital. The CHANGE Plus Project was launched in 2016 and is co-financed by the European Union (EU). It aims to put a stop to female genital mutilation in the EU. This project trains women and men in Europe from FGM-practicing countries to become CHANGE agents. In order to find women to take part, Charlotte Weil and her colleague distributed leaflets in barbershops, African shops and grocery stores run by immigrants around Berlin.

The CHANGE agents are deeply rooted within their homeland communities in Germany. This access, rarely granted to outsiders, is crucial for the success of the project. “The work done by CHANGE agents and their contacts is essential,” says Weil. “It’s the only way for us to change things.”

In Germany, Terres des Femmes (Berlin) and Plan International (Hamburg) are running the project. The program is also being implemented by other NGOs in the Netherlands, Portugal, France, Italy and the United Kingdom.

The CHANGE agents are trained and prepared for their role. Their goal is to inform women in their communities about the risks and consequences of circumcision. The biggest challenge they face is gaining the trust of the community and openly addressing the issue, “If you invite Guinean women to an information meeting about FGM, none of them comes,” says Tiranke Diallo, a CHANGE agent and activist. 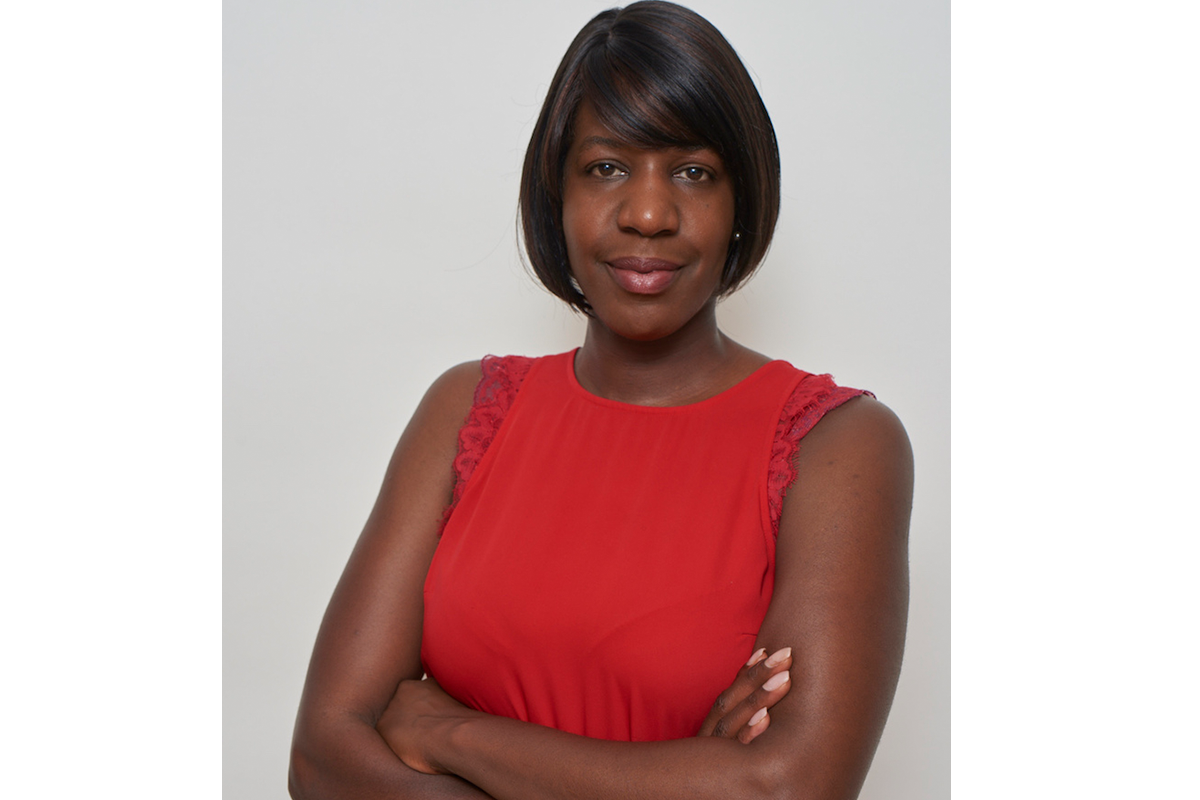 Tiranke Diallo continues the charitable organization's work of there mother.

Diallo is a tall lady with perfectly spoken German. She’s lucky: She wasn’t circumcised. This is because Diallo’s parents, originally from the Guinea, moved to Berlin a long time ago, at a time when the city had no real Guinean community to speak of. Her mother settled in well to life there and had German friends. “When I was young, there were no dark-skinned children in my neighborhood. All this was in my favor: If we’d moved to a suburb of Paris with a big Guinean community, for instance, my fate might have been different.”

It was only as an adult that Tiranke Diallo found out that her mother, Hadja Kaba, had been circumcised. Kaba had lived in a society where female genital mutilation was normal—to such an extent that, as a seven-year old, she had asked if she could be circumcised herself just like her best friend had been shortly before. She wasn’t aware of the pain and problems this would entail. All she heard was that you could only “belong” and “become a woman” once you had been circumcised. That was what she had wanted, explains her daughter Diallo. Kaba left Africa to study in France when she was 23 years old. In her new life in Europe, she started to question the tradition of female genital mutilation, and gradually realized what an absurd and dangerous practice was being passed down from generation to generation. In 2000, she set up the charitable organization, “Mama Afrika.” Kaba unfortunately died in 2015. Today her daughter and son continue the organization’s work in both Guinea and Germany. 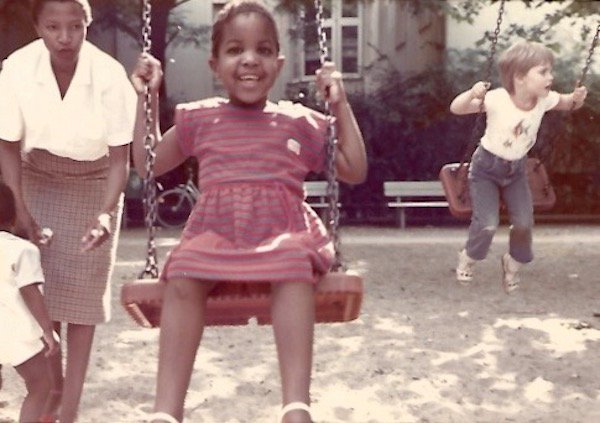 Tiranke Diallo grew up in Berlin. She is lucky, she wasn't circumcised.

“We’ve set up a kindergarten in Guinea that’s mainly funded by donations,” says Diallo. After all, focusing on literacy and education may well be the best way to increase awareness of the issue of genital mutilation in Guinea and to inform people there about its consequences and risks. “Many women in Guinea know little or nothing about the horrifying consequences of this procedure.” Saran Kaba from Guinea, who is currently living in Berlin while she interns for several months at “Mama Afrika,” agrees, “The risks and diseases resulting from FGM are not spoken about. Complications related to the procedure aren’t viewed as such,” she says. Kaba finished her medical studies in Guinea last year and has already had experience of working as a doctor in a hospital. Despite this, she still has never seen an uncut vagina. “In Guinea it’s simply not normal. It’s the norm to be circumcised there. Even among doctors, we are far from a scenario where everyone is against female circumcision.”

In many cultures, rituals and traditions often hold more sway than human reason. In China, for example, women with tiny feet were regarded as an ideal of beauty for thousands of years. Women’s feet were broken and bound to the point that they could hardly walk. Until the start of the 20th century, this custom spanned all social strata—with the exception of the poorest peasants who needed fully-functioning feet to work in the fields. It was only with industrialization that the need for labor increased so that China could compete with the USA, Europe, and Japan. This coincided with the emergence of social movements that rejected foot binding.

As well as highlighting the absurdity of some customs, this example also shows that an old tradition dating back a thousand years can be reversed.

Today, we don’t just need women who are able to stand on their own two feet. We need a society where women have equal rights; a society where men and women strive to ensure that every woman is free to make decisions about the whole of her body—she alone and no one else.