The sun sets behind the Statue of Liberty in New York, Sunday, July 1, 2018.
Andres Kudacki/AP
Citizenship

16 Photos of Extreme Weather and Stunning Celebrations This Week

Monsoon rains and heat waves in both hemispheres had people struggling to cope with the weather.

Extreme weather caused chaos around the world this week. Monsoon rains arrived in India ahead of schedule, bringing relief to summer crops, but heavy rains caused misfortune in Thailand, where a group of students and their soccer coach have been trapped in a cave by the rain for over a week. Further south, Bali’s Mount Agung erupted again, sending hundreds fleeing.

In North America, high temperatures had people from coast to coast reaching for water. Canadian children played in water fountains to cool off during a deadly heat wave, and New York City coped with the heat over the Fourth of July holiday.

Take Action:Reunite All Separated Families and Support Foreign Aid to End the Root Cause of the Migration Crisis

While many Americans turned their eyes to the sky on Wednesday, enjoying Independence Day firework displays, Therese Patricia Okoumou protested the separation of undocumented immigrant children by climbing the Statue of Liberty.

Migrants arriving at the US-Mexico border weren't the only ones who struggled this week. People continue to make the dangerous journey to Algeria from nearby countries in search of safety and opportunity; however, many have been deported in a massive effort to discourage migration to and from the country. Over 30,000 migrants and refugees have gone missing in the Sahara Desert while traveling to or from Algeria in the past 14 months.

Still, the summer season has brought beauty and celebration with the heat.

In Germany, photographer Michael Probst captured a stunning sunset over the Frankfurt skyline. And Mexicans celebrated the election of Andrés Manuel López Obrador to the presidency and his party, the National Regeneration Movement, to both chambers of Congress. AMLO, as López Obrador is known, campaigned on a progressive platform, promising to reshape the country and fight against poverty and inequality.

These photos show life in motion during the swell of summer.

1. Independence Day in the US: The Empire State Building is lit in blue, white and red as people watch the Macy's Fourth of July Fireworks from Hunter Point Park on July 4, 2018, in New York City.

2. Summer Weather: Children play in the water fountains at the Place des Arts in Montreal, Canada, on a hot summer day on July 3, 2018. 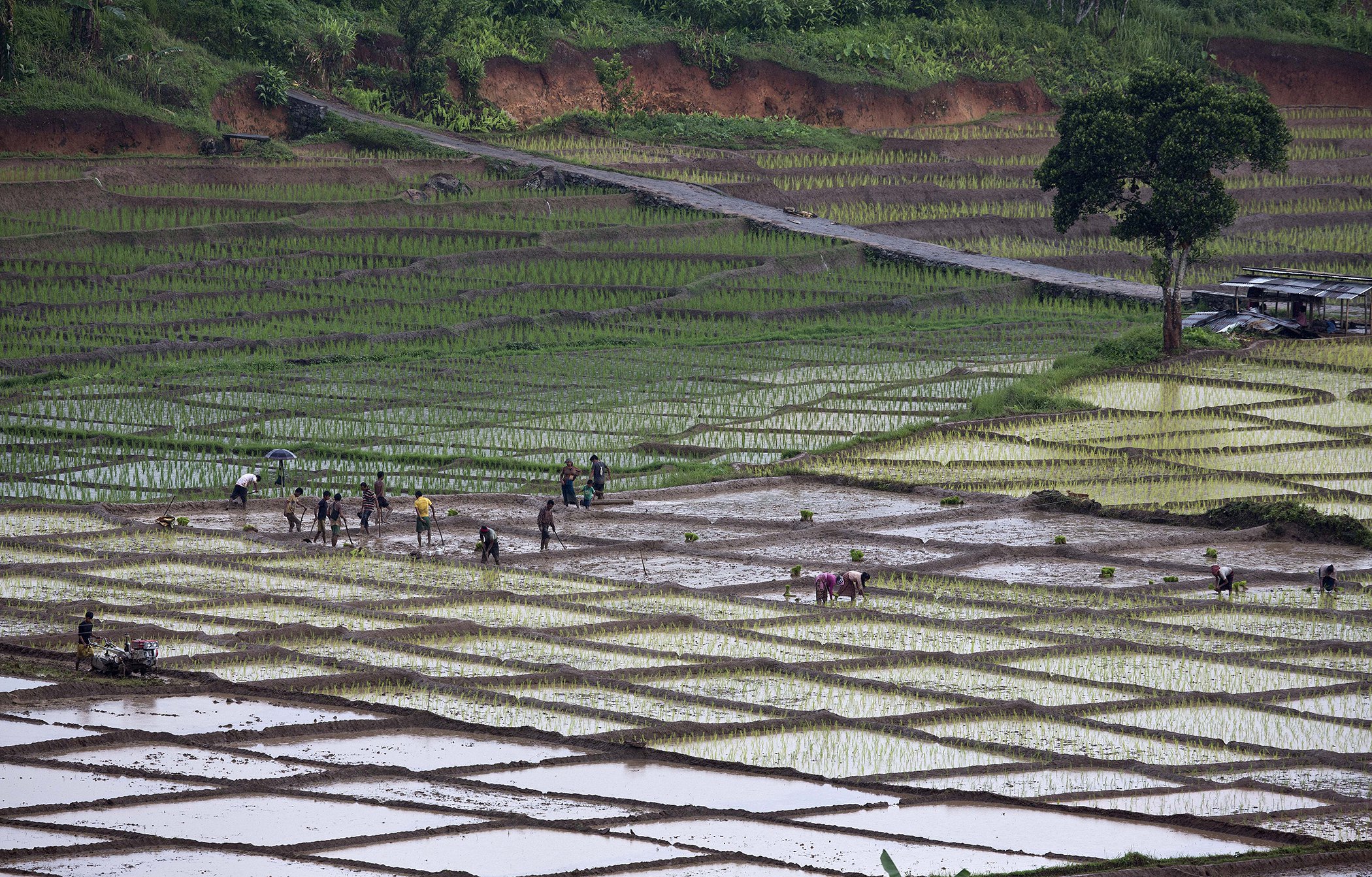 3. Agriculture in India: Indian tribal farmers work in a paddy field on a rainy day at Umwang village, outskirts of Gauhati, India, on July 3. The monsoon rains, which normally run from June to September, are crucial in a country where 60% of the population works in agriculture and less than half the farmland is irrigated. 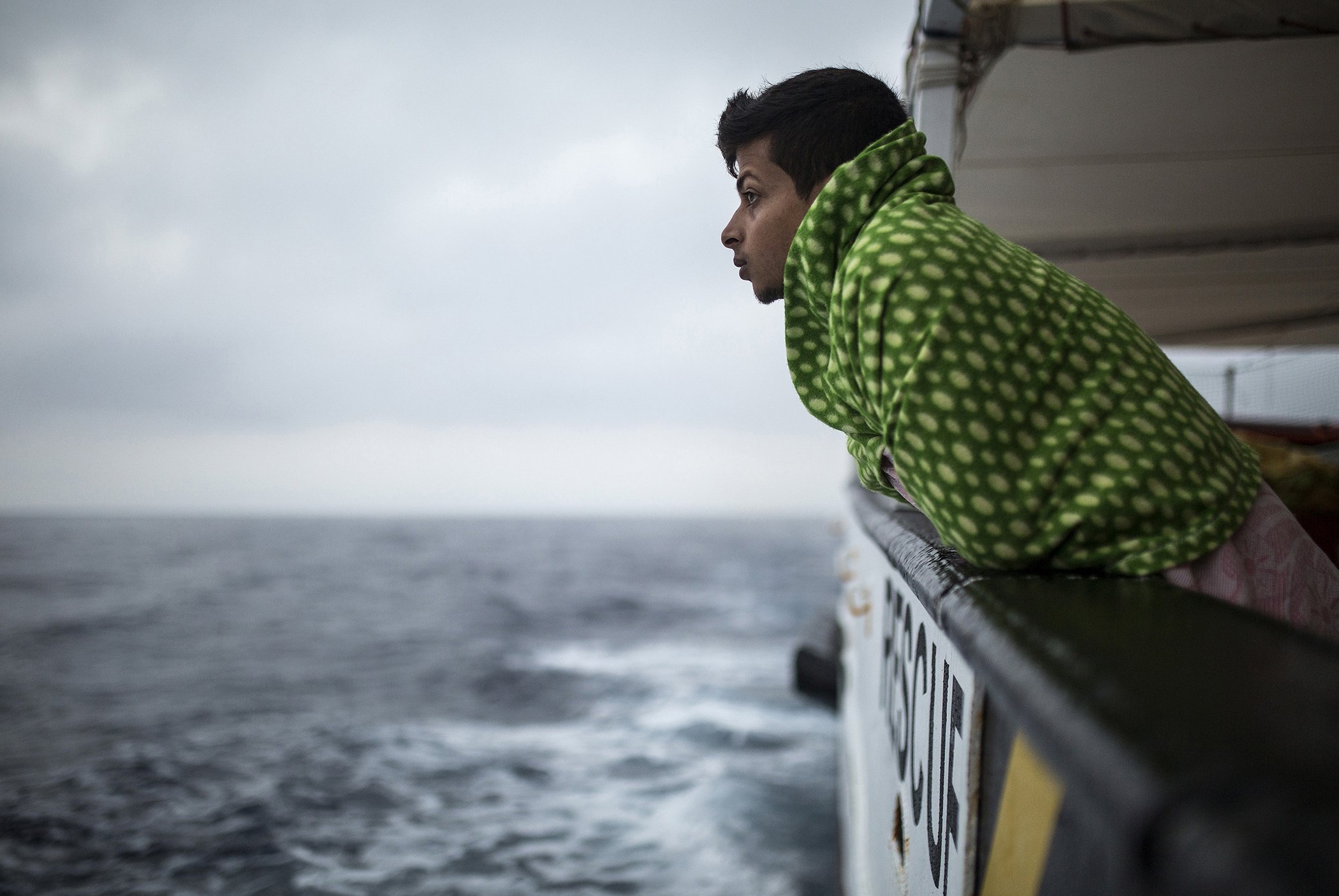 4. Migrant Crisis in the Mediterranean: A rescued migrant looks out at sea from on board the Spanish-run Open Arms rescue ship, on July 2. With 60 migrants on board, the Open Arms was south of the Italian island of Sardinia Monday, some 300 nautical miles from its destination Barcelona.

5. Migration in Africa: An African migrant from Niger stands with children during a temporary stop on the way to a transit center for migrants, about 124 miles north of Tamanrasset and 1240 miles south of the capital Algiers, on June 30, 2018. 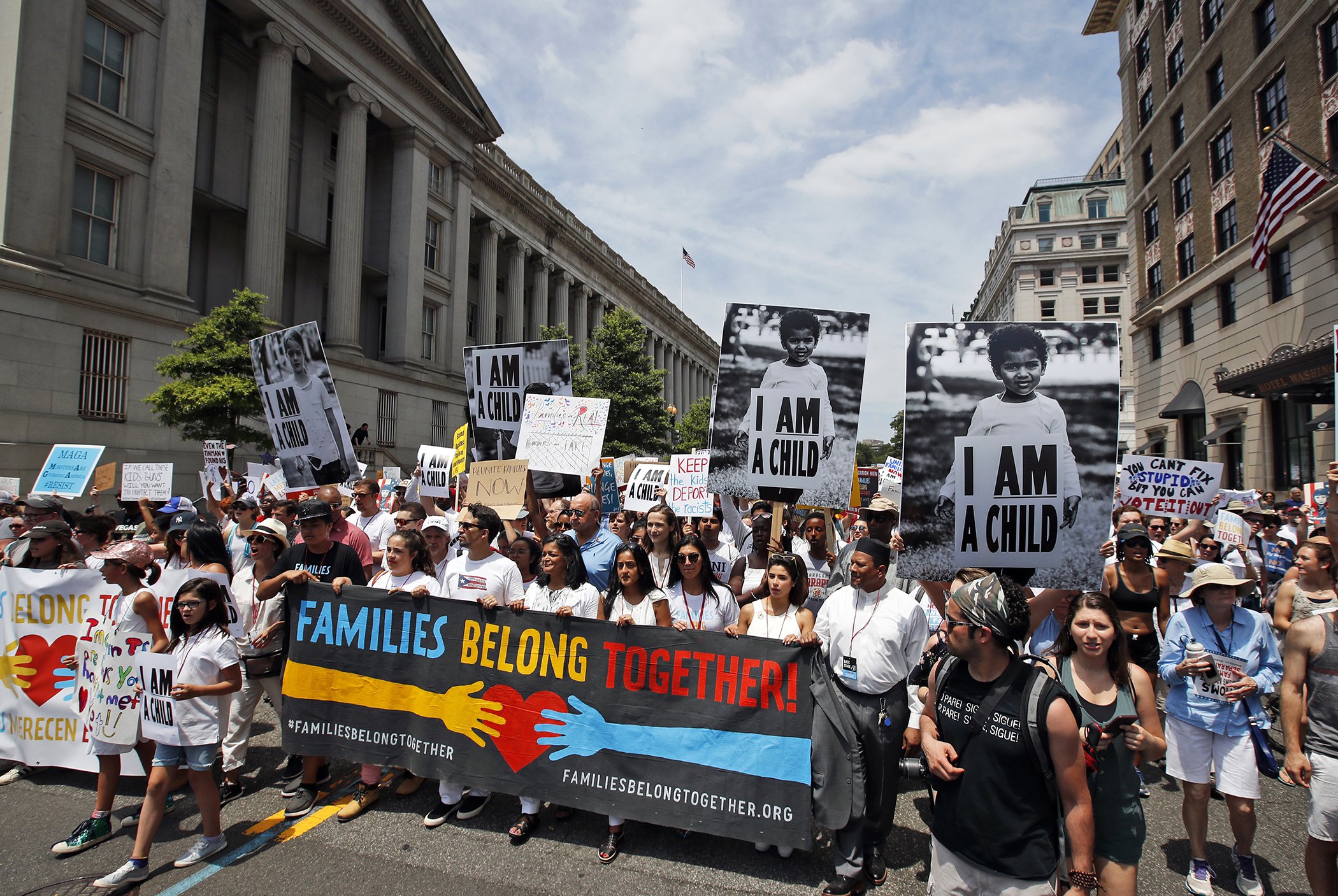 6. Families Belong Together Protest: Activists march to protest the Trump administration's approach to illegal border crossings and separation of children from immigrant parents, on June 30, in Washington, DC.

7. Mount Agung: A plume of fresh ash is released as Mount Agung volcano erupts, in this image seen from the village of Tulamben in Karangasem Regency on Indonesia's resort island of Bali on July 3. The volcano on the Indonesian island of Bali erupted on July 2, belching a plume of ash 2,000 meters (6,500 feet) high as bright orange lava cascaded from its summit.

9. Thailand Soccer Team: Family members pray before a shrine in Tham Luang cave area as operations continue for the 12 boys and their coach trapped at the cave at Khun Nam Nang Non Forest Park in the Mae Sai district of Chiang Rai province on July 5. Thai rescuers vowed to take a "no risk" approach to freeing 12 boys and their football coach from a flooded cave, as fresh video emerged on July 4 showing the team in good spirits following their astonishing discovery nine days after going missing. 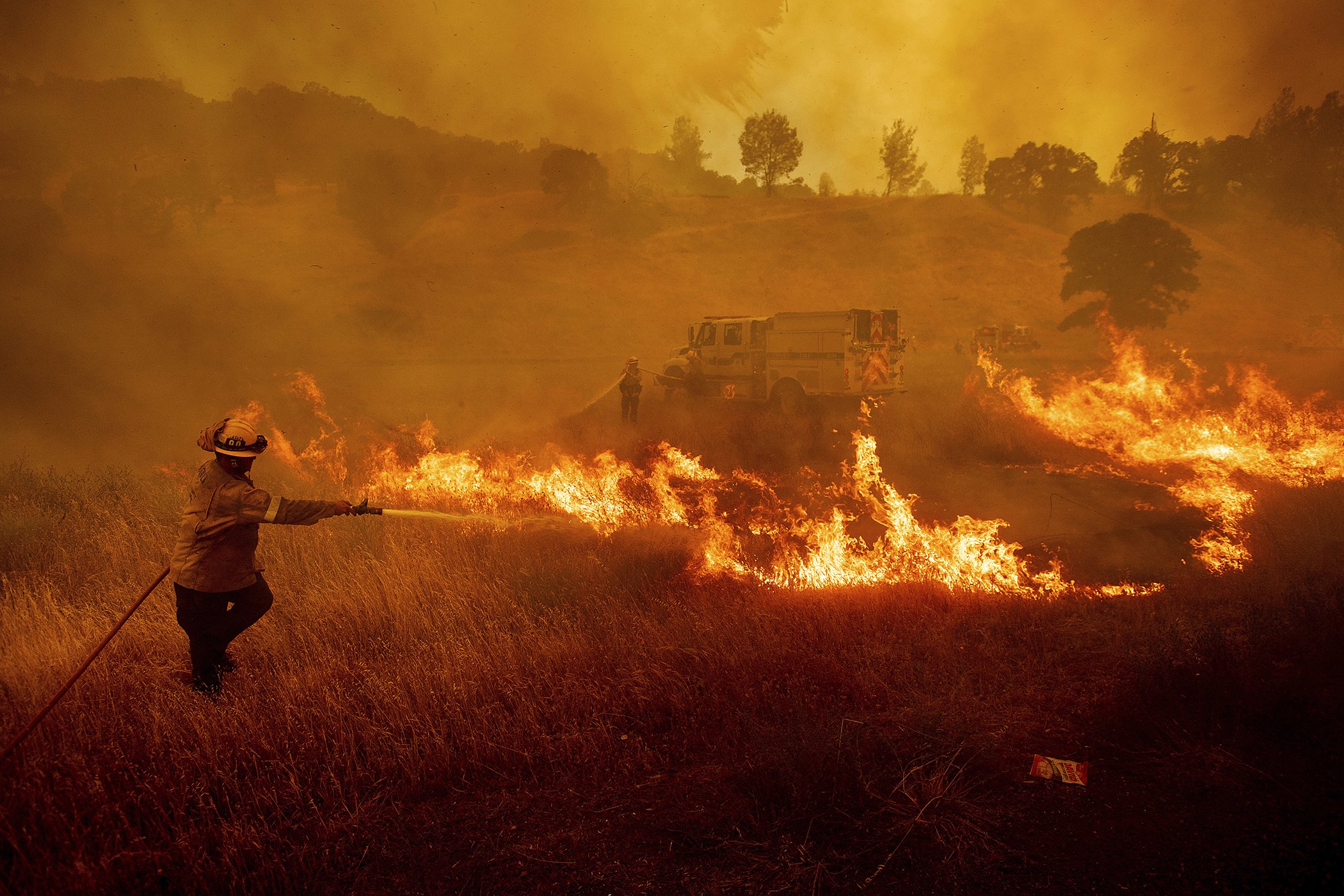 10. California Wildfires: A firefighter scrambles to stop a wildfire as wind drives embers across Highway 20 near Clearlake Oaks, California, on July 1. 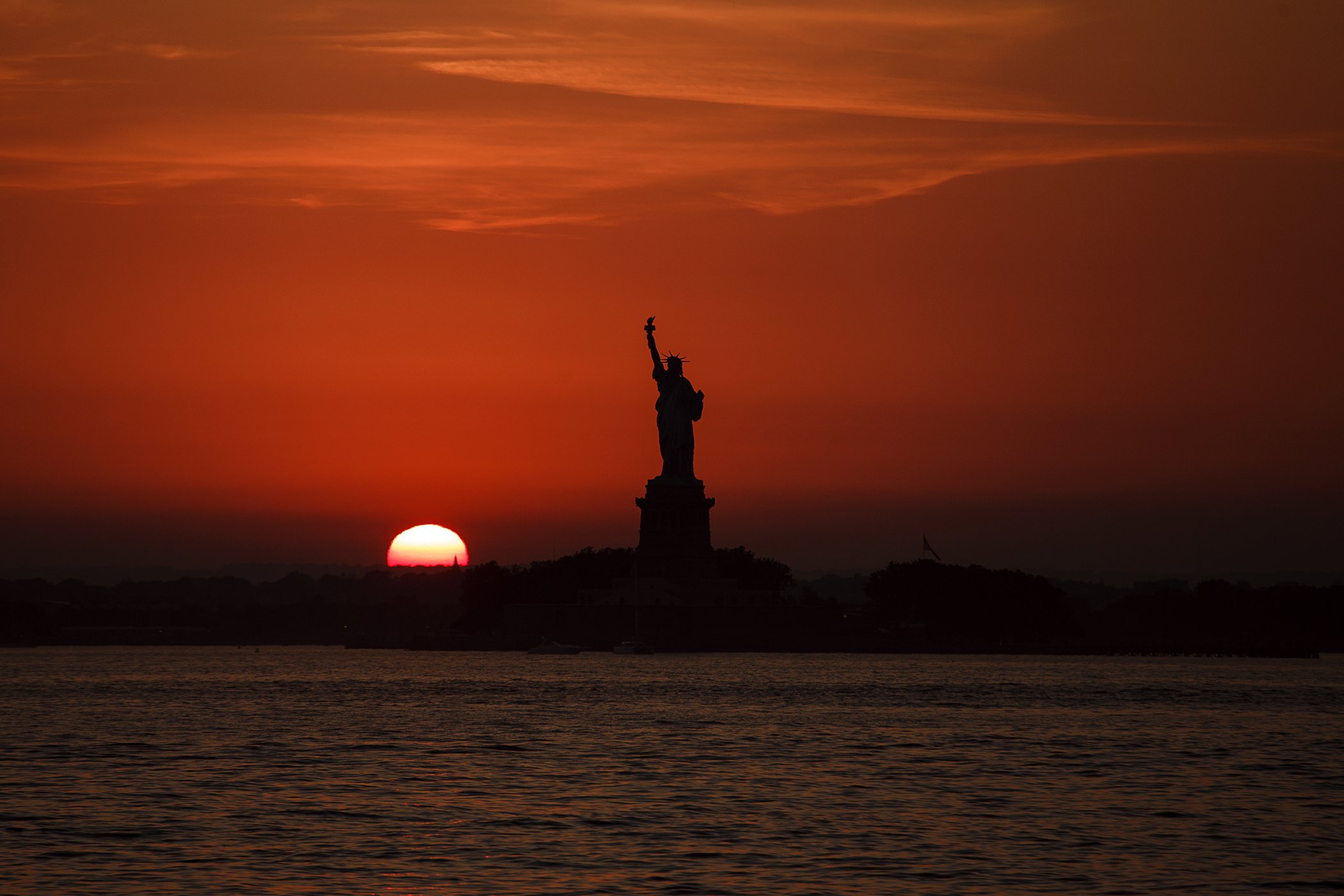 11. Statue of Liberty: The sun sets behind the Statue of Liberty in New York, on July 1. For more than three hours on July 4, news stations were riveted to a woman pacing along and sitting on the base of New York’s Statue of Liberty. The woman, Therese Okoumou, initially migrated to the US a decade ago from the Democratic Republic of Congo, and was protesting the detention and abuse of immigrants. On the statue, meant as a beacon for immigration, and on Independence Day in the US, Okoumou brought increased attention to the crisis of migrant children being separated from their parents at the US-Mexico border. Through her peaceful protest, she joins a long tradition of activists who have fought for equality and justice.

12. Elections in Mexico: Supporters of the presidential candidate for the 'Juntos haremos historia' coalition, Andrés Manuel López Obrador (AMLO), celebrate at the Zocalo square in Mexico City, after getting the preliminary results of the general elections on July 1. Anti-establishment leftist AMLO won Mexico's presidential election Sunday by a large margin, according to exit polls, in a landmark break with the parties that have governed for nearly a century.

13. India Monsoons: A rickshaw puller paddles along a flooded road during heavy rain in Guwahati on July 4.

14. Summer Weather in China: People cool off in a water amusement park in Lianyungang in China's eastern Jiangsu province on July 2. 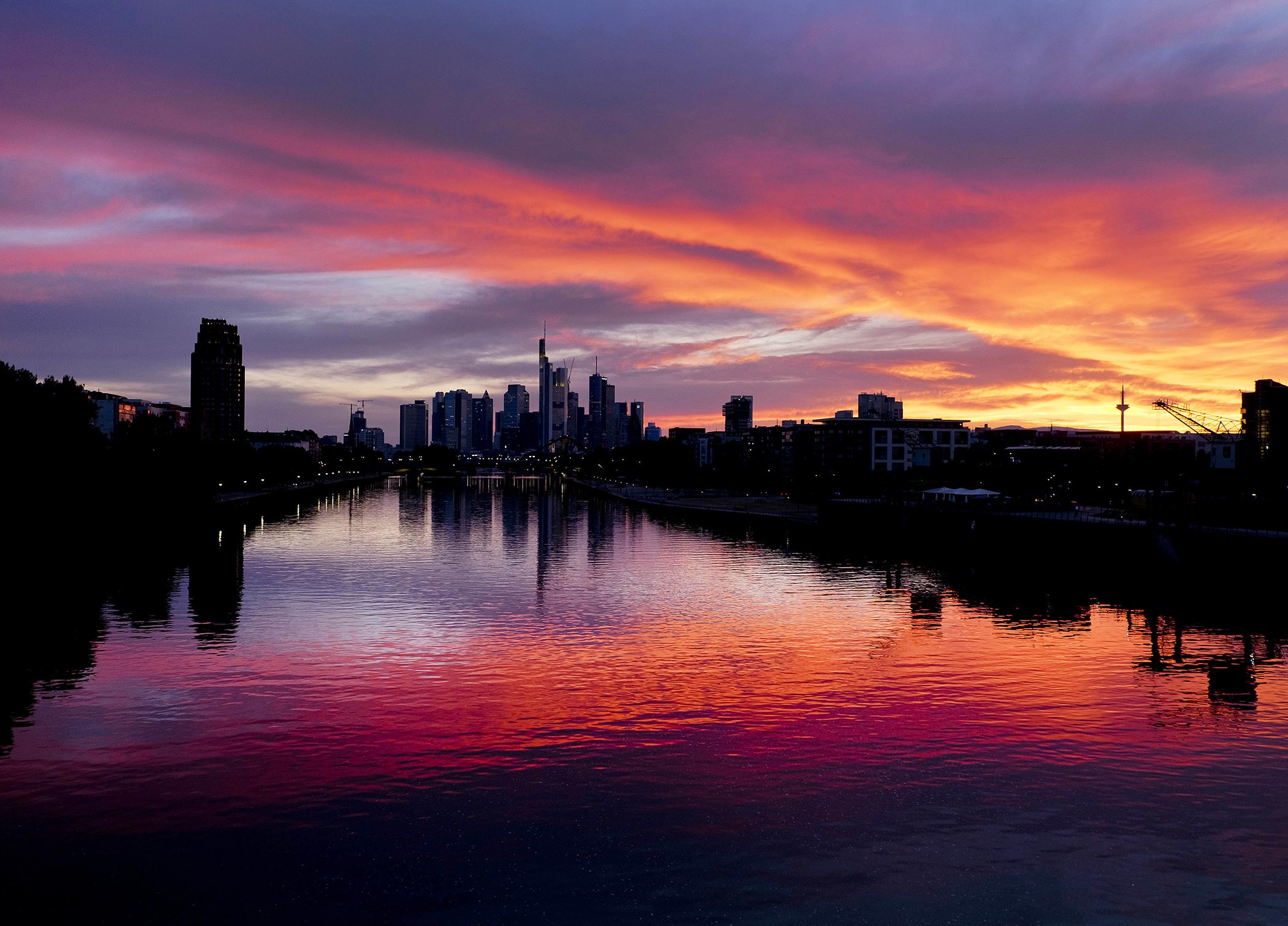 16. Daily Life in Germany: The sun sets over the banking district and the river Main in Frankfurt, Germany, late on July 4.