“If you believe in something so much, why don’t you just go and do it?” 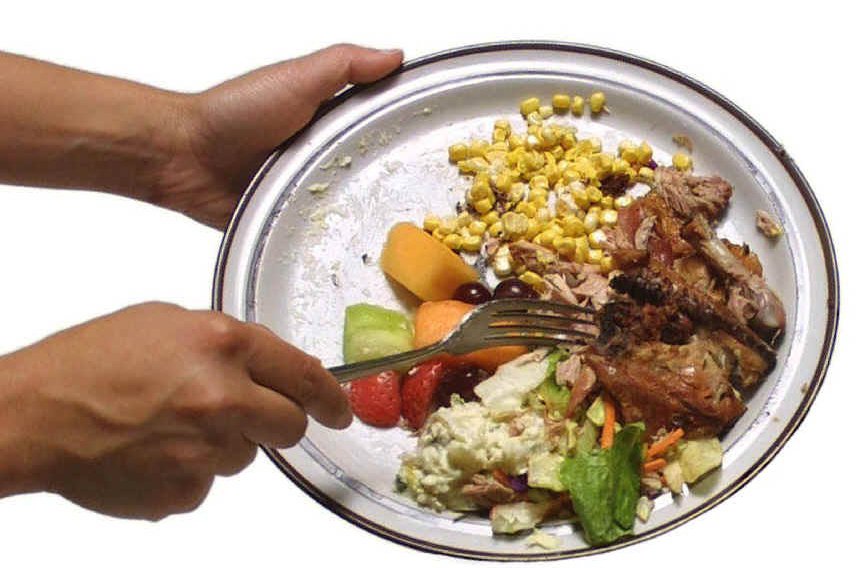 The UK's first food waste supermarket has opened its doors. Run by the Real Junk Food Project, the supermarket takes excess food due to be thrown away by big chain stores and allows customers to purchase items on a "Pay-As-You-Feel" basis. The store receives two to 10 tonnes of food every day, and helps feed communities that need it most.

Adam Smith, the founder of the Real Junk Food Project, started with a food waste cafe, which sought to show people how much food was being thrown away. Since then, the idea for the cafe has been taken up all over the world, as far flung as Australia and Israel. Now, his food waste supermarket is due to be rolled out across the whole of the UK, too. Ten more locations, in Sheffield, Bradford, Brighton, Wigan, Northampton, Birmingham, Leicester, and London, are due to open before the end of the year.

Is this the future? We think so.

Global Citizen caught up with Adam over the phone to talk food waste, mental health issues, and what inspires him to feed the world. He also expands on shocking accusations that major supermarkets use bread as nothing more than marketing, wasting most of the loaves they bake just to get customers into their stores.

How did you first come to see food waste as an issue?

"I was a chef for 10 years. First in catering, then travelling the world. I went to Australia and saw all the production waste. In my eyes it’s a paradoxical system, when you have people without food, yet you’re able to waste food at the same time that’s perfectly edible.

I started the (Real Junk Food Project) on Dec. 10 and six days later, I opened the cafe. I sent about 5,000 emails across Leeds enquiring to community centres and churches asking about empty spaces and use of kitchens. One group finally got back and let me use it. The rest is history."

Why do you think the ‘Pay-As-You-Feel’ cafes have become so popular?

"It’s the simplicity of it, food bringing people together. We haven’t created any new technology or reinvented the wheel. Here’s some people, let’s go feed them. The issue is global, so everybody understands that there’s a huge emphasis on tackling the environmental issues surrounding food waste. But it actually allows you to tackle the social issues, too.

I’m this guy from Leeds who decided to feed the world and then just went and did it. If you’ve got an idea, who cares? Just do it. If it works and people love it and get behind it, then momentum will propel you forward. That’s what happened to us really. The world now sees us as a force and something that’s a professional setup with a huge impact, not just at a grassroots level, but globally in terms of tackling food waste and food poverty issues."

When you’ve done interviews in the past, you’ve talked about substance abuse and mental health. What do you think it is about your life that people relate to?

"If you’ve been down to some of the depths I’ve been down to, whether it’s self inflicted or other issues, it’s a question of how to turn that around. There are so many people accessing food banks, and so many people that are displaced around the world and suffering. I guess a lot of people feel the same and want to question why things happen, but don’t have the balls to stand up and ask. I was just the person that did it. A lot of people resonate with that. Mental health is a big killer. People suffer from social isolation, substance abuse, suicide. One of the areas where the cafe is in Leeds has one of the highest suicide rates of men aged 18-30 in Europe. Coming from the background I’ve come from and what I’ve been through, and then to set up a project and for it to go global in such a small space of time… you can use that to say why we’ve got to the levels we’re at."

Corin Bell, the director of the Real Junk Food Project in Manchester, told BBC Radio 4 that the big supermarket chains use fresh food like bread as a marketing tool, baking too much and wasting it, just to get people through the door. Is this true?

"Yes. I see it every single day. We went to one of the Sainsbury’s in Leeds, and there were 750 loaves of bread being wasted in one day. They are basically making fresh produce only to attract customers. Employees are told to bake more, cook more, have an abundance on the shelves, so they can encourage customers to come in and purchase more. It’s a loss leader. We’re now getting people contacting us, emailing us, sending us pictures, showing us proof of them being told to do this. It is completely criminal what is allowed to happen right now and I will not be the one that stands down and is bullied by these people."

Global Citizen contacted Sainsbury’s for comment on this allegation, and here is their response: "With regards to bread, this isn’t a marketing tool but a staple item for the majority of our customers. This photo was taken over six months ago and depicts an isolated incident, which has since been addressed."

“I see it every single day. We went to one of the Sainsbury’s in Leeds, and there were 750 loaves of bread being wasted in one day.”

What would you say to young people encountering food waste issues for the first time?

First of all, don’t shop at supermarkets. That’s one of the biggest problems we have in the world right now. Secondly, no matter how big you think your idea is or how hard it may be, you have to to go out and do it. You have to say you tried and failed, or tried and succeeded.

What future do you want to build for the next generation?

(We want) to feed the world. I hope that we’ll take more responsibility over our actions in regard to the production. I hope there will be a local food economy that’s sustainable, that doesn’t depend on mass concentration of supermarkets that exploit people. That’s where I’d ideally want to be. I don’t know if it will be around in my lifetime. But hopefully we’ll be the catalyst to change so that it will happen in (my son’s) lifetime.

What are the biggest obstacles to change?

Unfortunately, we have a government that seems to create certain levels of poverty, and then people profit from that. We’ve seen it in the food waste sector, where people are trying to sustain the problem because there are people that are being paid high salaries to supposedly deal with the problem. The general public get it, the media get it, even the councils and local authorities get it, but those key decision makers and policy makers don’t. In the next six to 18 months, hopefully I can be in that conversation with those people and say, not that you should be supporting the Real Junk Food Project, but you should be finding ways for us not to exist any more.

“No matter how big you think your idea is or how hard it may be, you have to to go out and do it.”