Will The Next World War Be Fought Over Fresh Water?

Hint: What runs but has no feet? 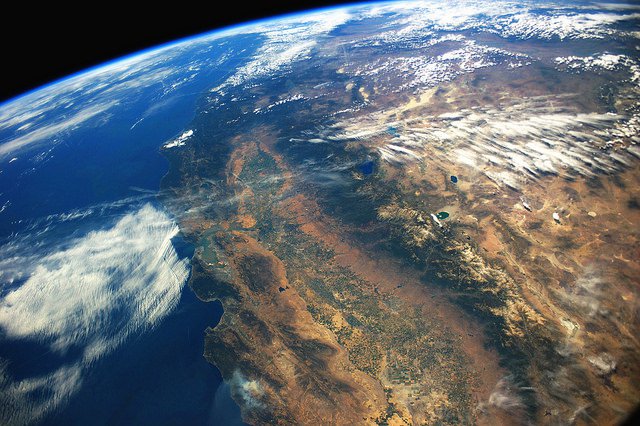 WWIII is going to be fought over the scarcity of water if things don’t change soon, according to several authors, news articles, and a new study from NASA.

Have you ever played Cards Against Humanity? If you have, you’re a bad global citizen...just kidding (no such thing and you’re awesome for having a sense of humor, in my opinion). The connection here is there’s a card in the game that asks players to complete this sentence, “I do not know with what weapons WWIII will be fought with, but WWIV will be fought with __.” Well, I have no answers on the weapons part, but some are saying (and offering solutions to avert) that WWIII will be fought over water.

“In the 20th century world water use has grown twice as fast as world population... Suddenly, we’re going to have to find to use the existing water uses in a far more productive manner,” Steven Solomon told NPR.

Solomon goes on to say that there is a “growing movement” for water to be recognized as a human right. Damn right it is! Humans can’t survive and certainly cannot thrive without access to water. Solomon doesn’t disagree.

The problem is that this “growing movement” comes into conflict with the diminishing supply of water around the world.

NASA recently came out with a mapped study revealing that 21 of the world’s major 37 water sources are distressed, largely because of climate change or overuse from human consumption. Many of these correlate with conflict regions or areas of high tension, such as the border between India and China, or Bhutan where the Ganges-Brahmaputra Basin is currently mapped as “severely overstressed.”

So, what can be done about this frightening imbalance between the need for water and the drying up of the world’s wells?

Fortunately, Solomon and others have some solutions.

First, water should cost more to reflect its true economic cost. But it should be priced relative to the ability to afford.

Right now, water costs in some regions cost such a small fraction of what it’s actually worth when you factor in how finite it is. In New York, water costs $3.39 USD for 748 gallons. In other regions such as Papua New Guinea, some of the world’s poor spend $2.60 USD for just 13 gallons (the minimum for human health requirements.)

It can be easy to run the tap while brushing your teeth when the cost of water is so low for some. One solution would be to increase the prices. This would be unsettling for many people, but it would better reflect how precious water is and would put costs on the wealthiest.

Developed regions of the world were lucky to build water and sanitation infrastructure early on compared to developing regions, affording some countries the opportunity to consider clean water an endless source. However, today only 2.5 percent of the planet’s water supply flows cleanly. There is more freshwater available but it’s either been polluted by human activity or is trapped in glacial form (though not for long with the increasing effects of climate change.) This is not a large amount and so it must be protected and carefully managed starting now.

The world’s global economy has started to come to terms with the fact that commodities such as oil are not infinite. Wars have already been fought over oil in the past and conflict over this scare (and, at this point, dangerous resource) continues in places like the Niger Delta and the South China Sea.

A shift in mentality around the value of water needs to happen to avoid future conflict.

The shift from oil to renewable energies is taking place, and it’s time for this movement to encompass water. There have been many social and economic awakenings in the past, and there’s no reason why another awakening can’t happen with water.

It’s true. There is enough water on the planet to meet the needs of more than 7 billion people. However, the issue again comes down to redistribution. As with farming and large-scale agriculture, subsidies generate a cycle of inefficient and wasteful food production, and the same is true for water.

Large political subsidies in countries like the US allow certain industries like agriculture to pay next to nothing for water. This creates a system of accessing water as polarized as the H20 molecule itself (please excuse the bad science pun).

On the bright side, the US has been able to keep water about the same since 1975, while experiencing a population growth of 30 percent.

Legislation such as the Clean Water Act and others led to better regulation that curbed water use and efficiency.

Others, such as Rajendra Singh co-leader of the World Water Peace Walks and winner of the Stockholm Water Prize last year, advocate for a return to community-led sustainability focused water management. This would entail first, the possibility of up-scaling measures to create sustainable watch catching systems to prevent flooding, exacerbated by severe droughts and also a shift of power to let local grassroots communities manage water instead of large corporations or big government.

“In my region, for the last 19 years our river parliament has made the rules and regulations that everyone follows, and everyone has enough water. Sustainable community-led water management has existed for thousands of years without anyone putting a price on water,” Singh said in this article from Quartz.

This is the kind of change, along with shift in mindset on water use and rights is necessary in order to avoid future conflict (or all out war) over water.

Water can cost a lot if badly managed. But if everyone treated it as a precious resource, it wouldn’t have to cost a thing.