She rapidly ascended in the literary world with books that won dozens of awards.

This profile is part of the 2016 Global Citizen March Madness Challenge. The challenge asks you to vote for your favorite global citizens, as we match them up “tournament style” from a “Sweet 16” starting round, all the way down to a champion on April 4th.

Chimamanda Ngozi Adichie is a Nigerian novelist who writes on a range of themes: the immigrant experience, tensions between cultural groups, identity, gender roles, and so much more. She rapidly ascended in the literary world with books that won dozens of awards.

She might be best known to a wider audience for a snippet of a TED talk she gave that was sampled in Beyoncé’s “Flawless.” In it, she talks about how girls are constricted by society. The full TED talk is a powerful call to action for gender equality and it has been made into a slim book called “We Should All be Feminists.”

Many avid readers know Adichie through her beautiful, expansive books that explore the knotty intricacies of life as it unfolds. It’s this ability to reach people on an immense scale for a sustained period of time that will have the most impact. After all, books have the power to move, shape and transform the minds of readers. A generation that grows up reading Adichie, will intuitively know these words to be true: 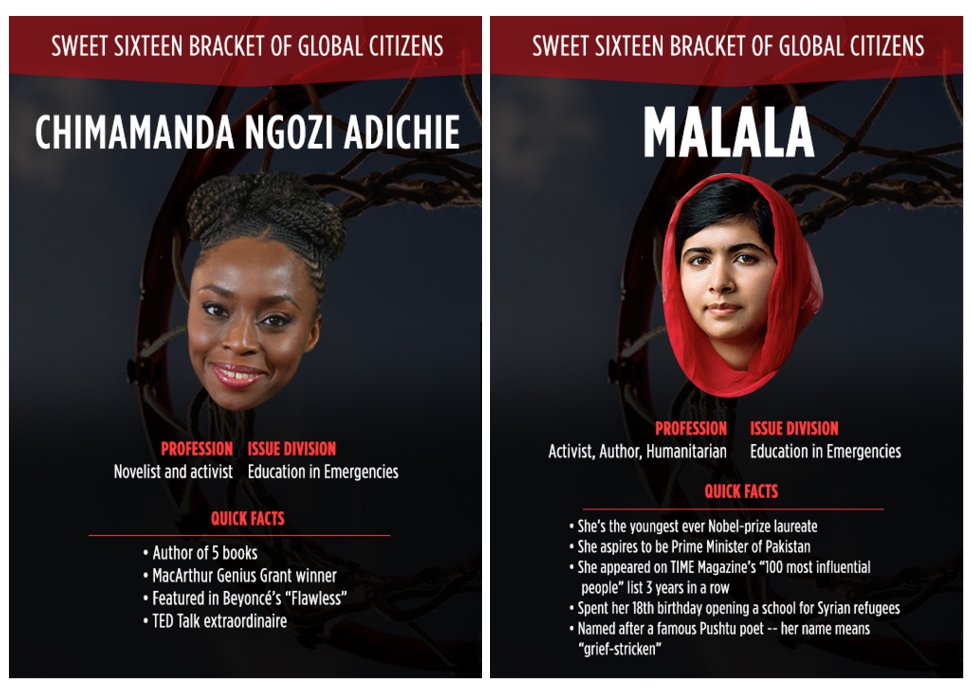