The Global Citizen March Madness Challenge Sweet 16 is now over, see the results and vote in the Elite 8 HERE.

It’s MARCH MADNESS!!! And it's time for you to pick your favorite global citizens in our 2016 March Madness Challenge.

If you're a bit confused, here’s a brief run down. Every year in the United States, sports fans devote their time to a college basketball tournament featuring the nation’s 64 best teams. The teams work their way through a single-elimination competition to determine a national champ. This tournament, and the custom of people picking their brackets to guess winners, is called “March Madness.”

The madness comes from college basketball teams doing crazy things like make full courts shots at the buzzer to win or lose games despite leading by 12 points with only 44 seconds left in the game (wait, both of those were done by just 1 of the 64 teams this year: The University of Northern Iowa).

This year Global Citizen is launching our own March Madness bracket, to celebrate some of the world’s finest and most recognizable global citizens. Instead of matching up teams, you are invited to vote for your favorite global citizens as they face off in a “Sweet 16” round all the way to the championship that will be unveiled on Monday April, 4th, to coincide with the end of the NCAA Basketball tournament. 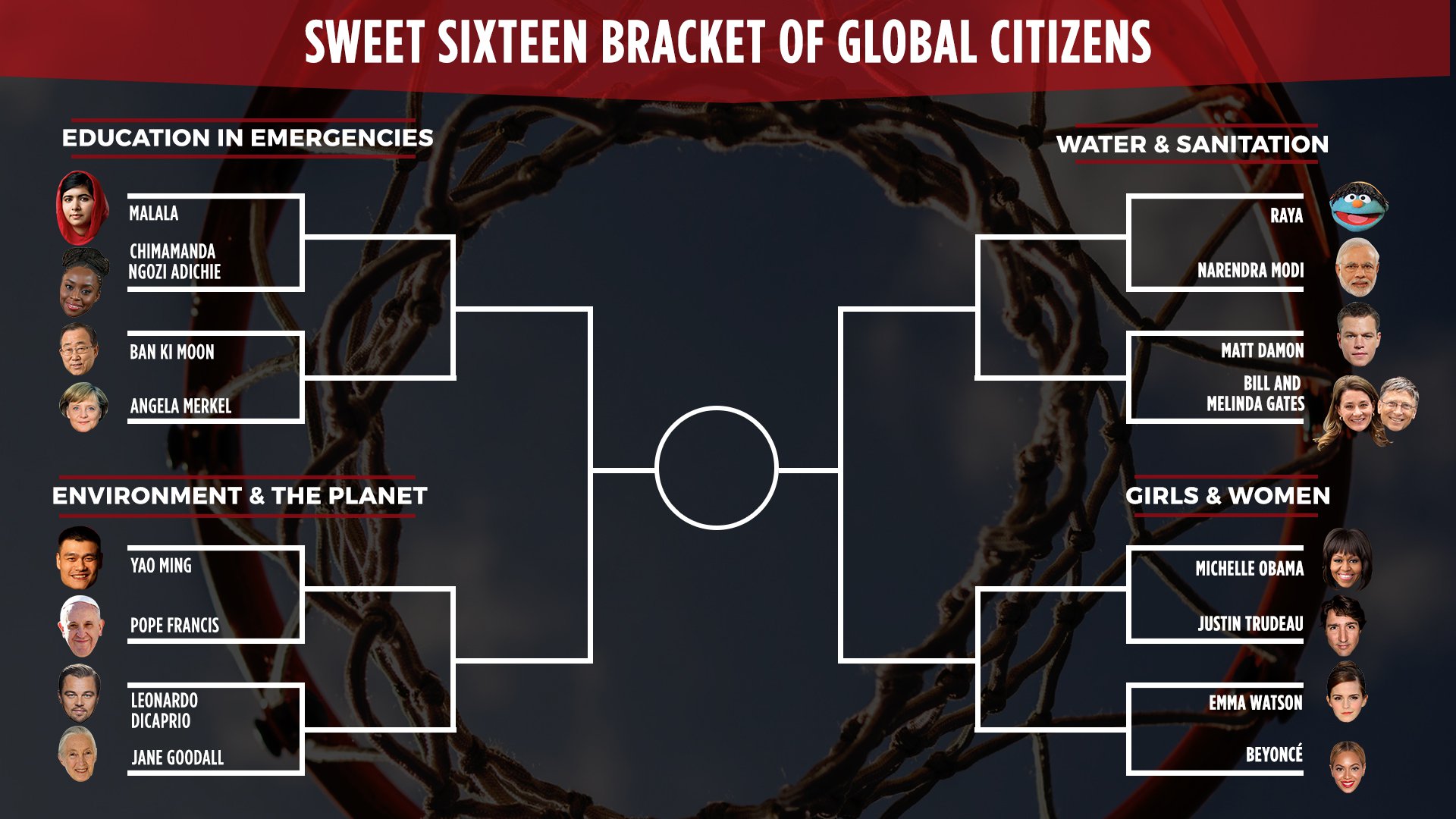 The 16 selected global citizens were selected by the editorial team, divided up into four “Issue Divisions” (we had to pair them up somehow! And yes we know that many of these powerful activists do great work in many issue areas), and randomly assigned them to initial match ups.

The “Issue Divisions” cover some of our most popular topics: Education in Emergencies, Environment, Water and Sanitation and Girls and Women.

So get to voting in each of the below match ups. Voting on the first round, The Sweet 16, will end Monday, March 28th at Noon EST. 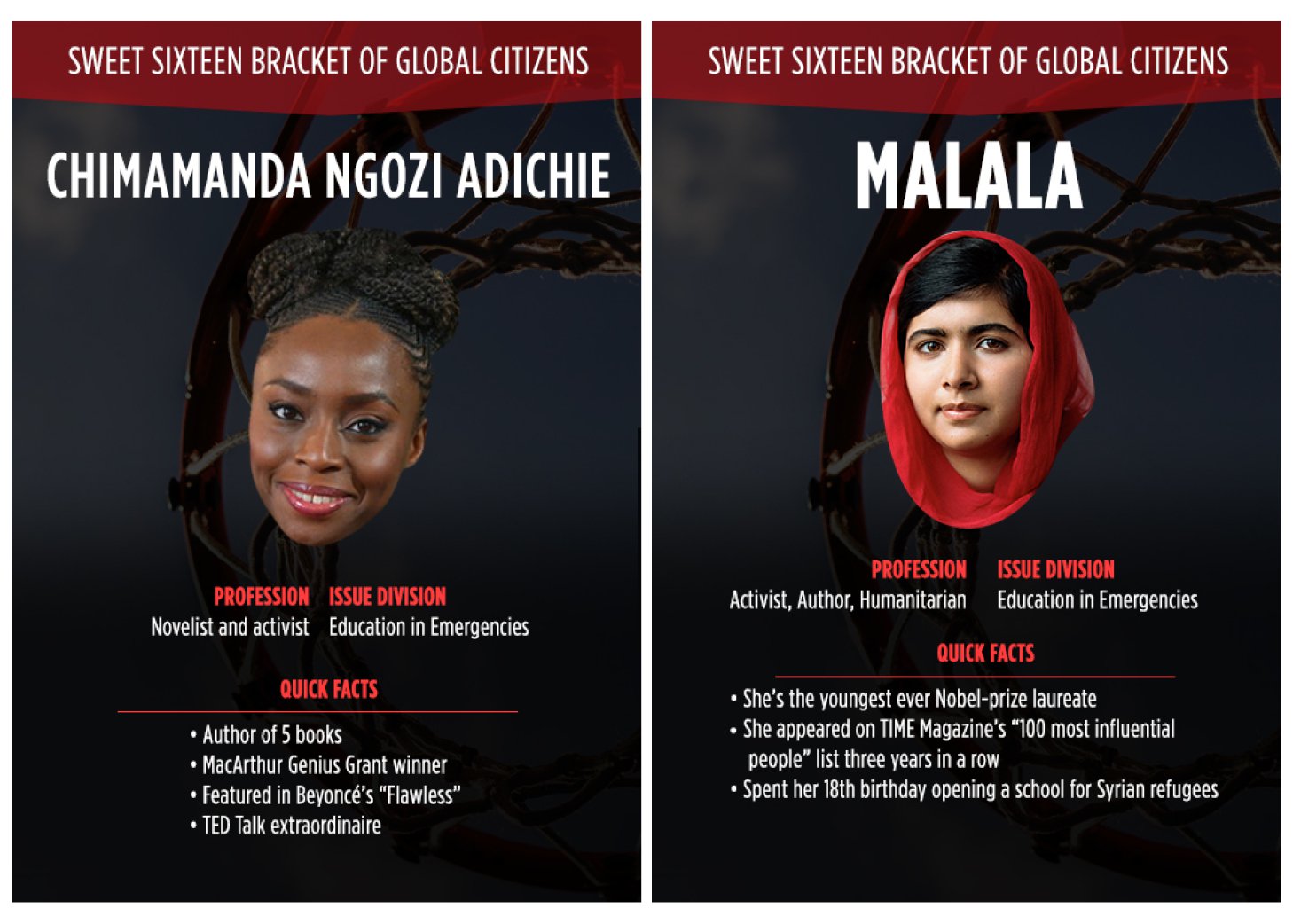 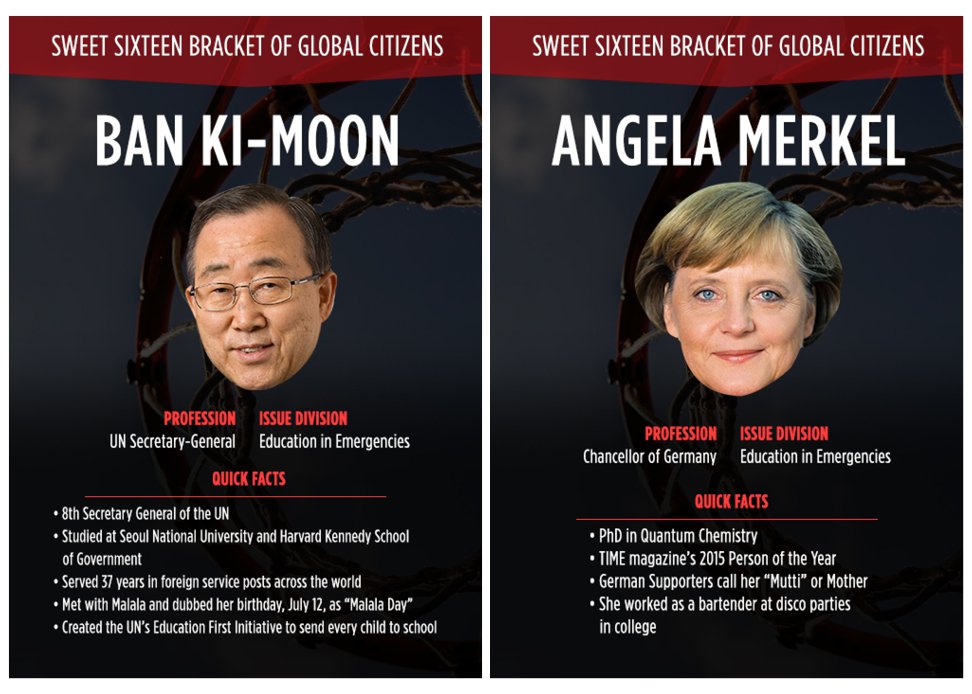 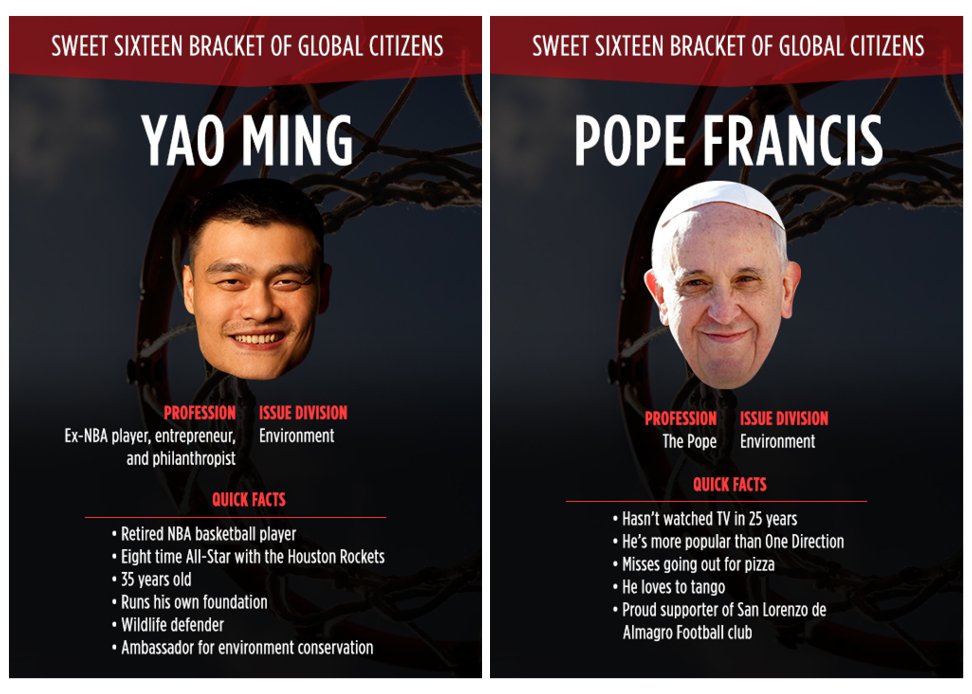 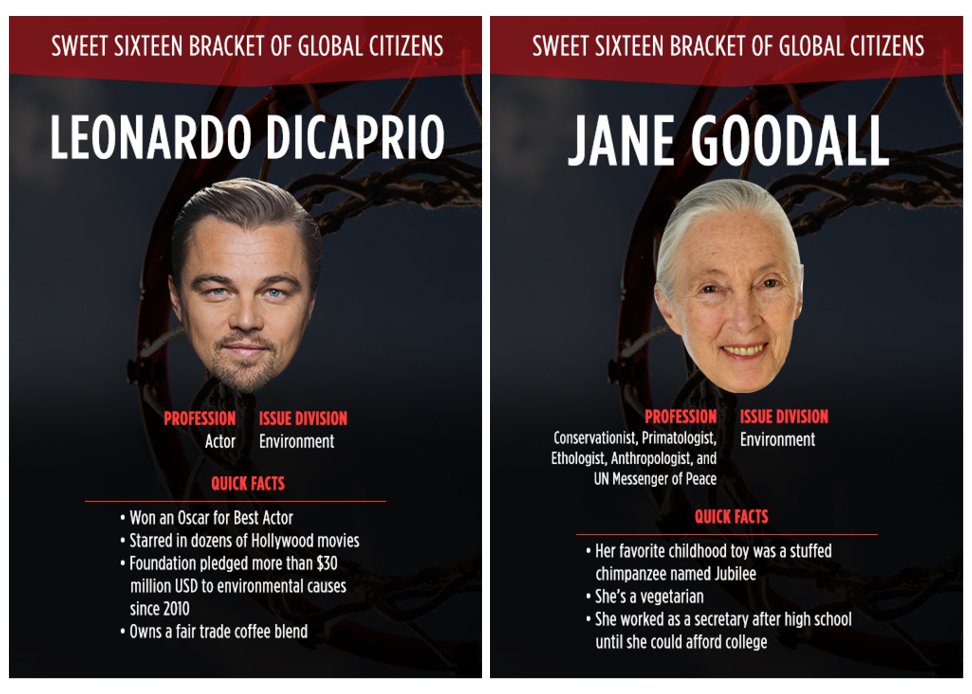 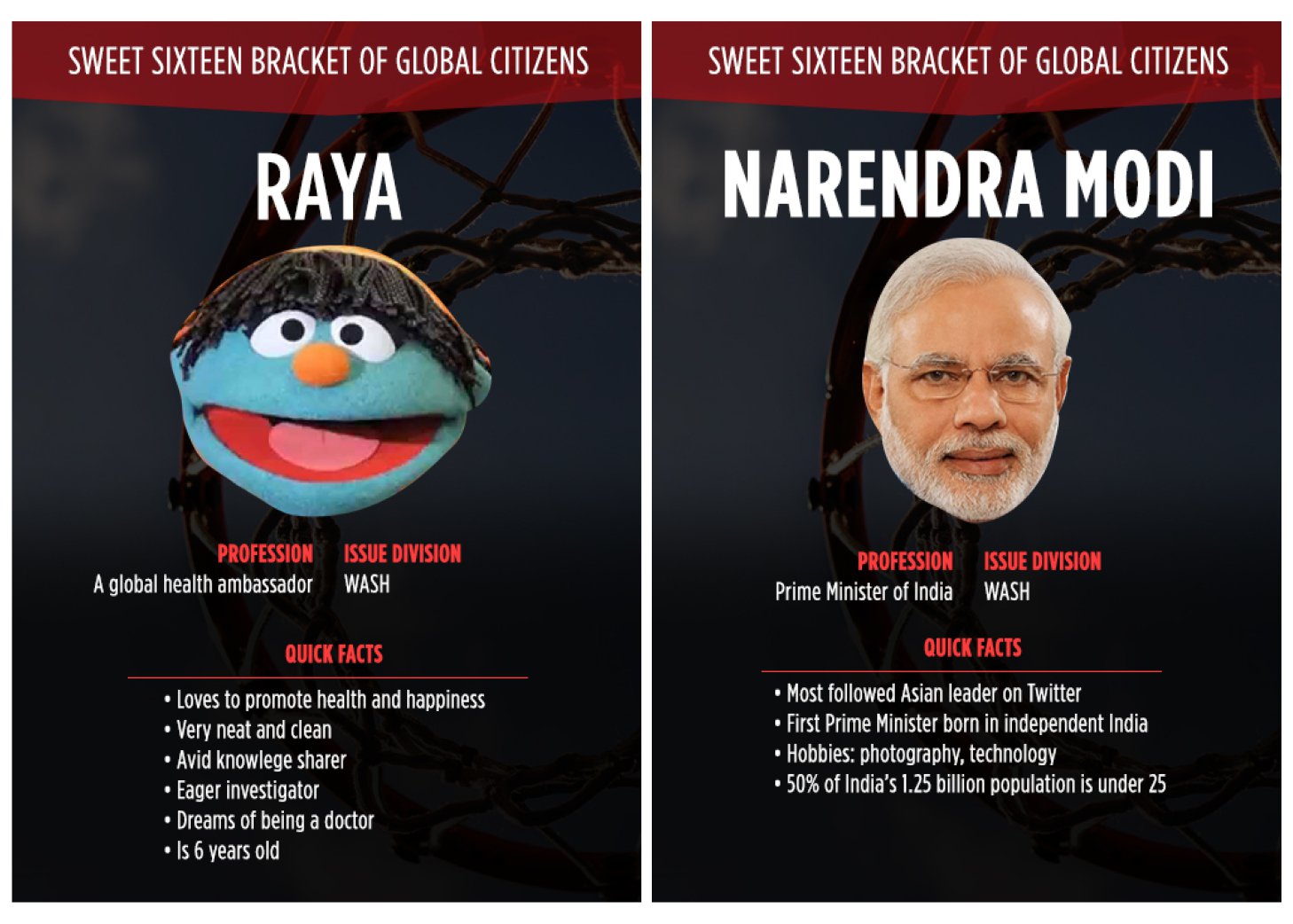 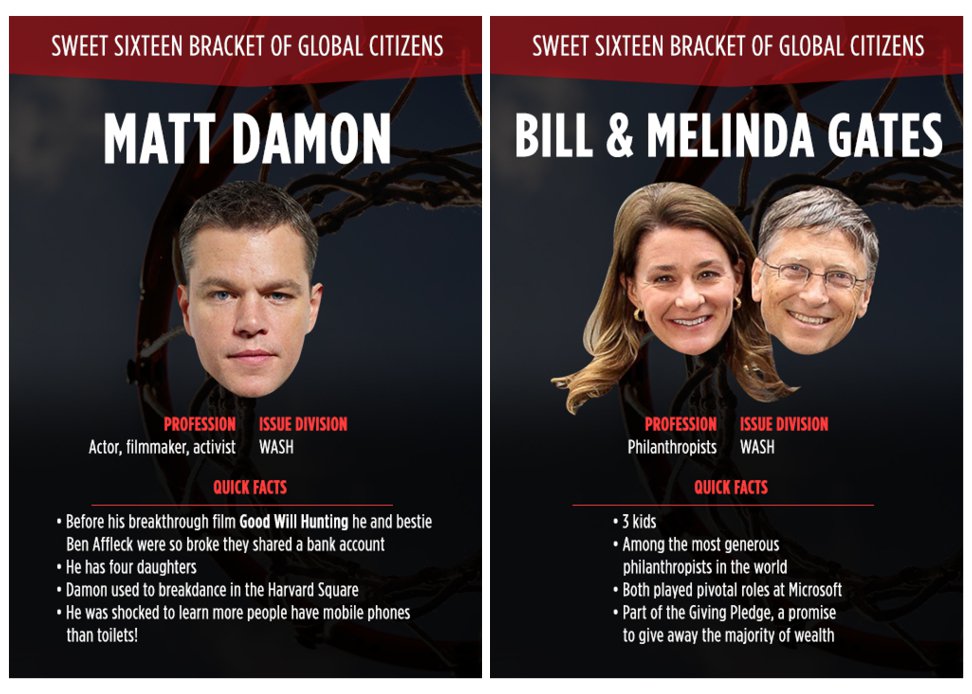 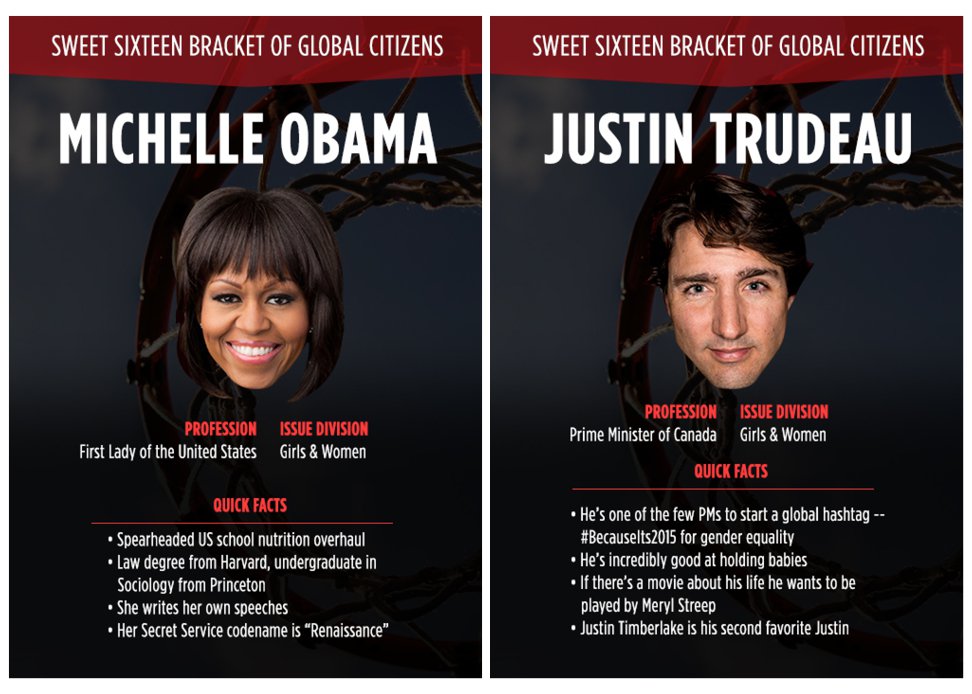 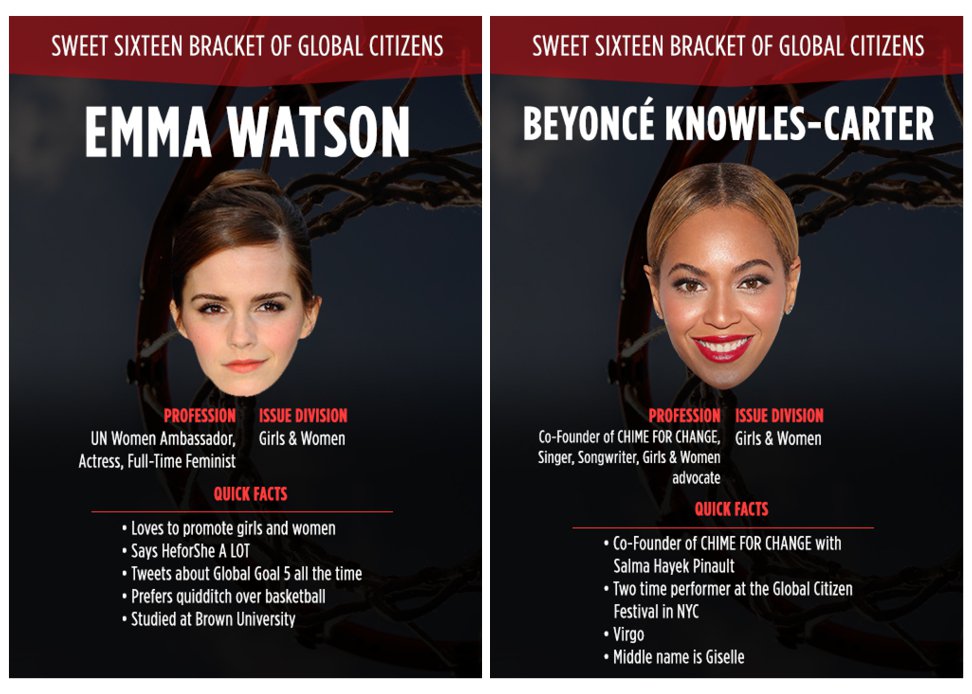 Voting on this round ends Monday March 28th at Noon EST. Come back for full results and you can vote on the next round: The Elite 8!