Why Global Citizens Should Care
Half of the world's population lacks access to basic health services and those living in sub-Saharan Africa and Southeast Asia are disproportionately impacted. Medical drones delivering blood, medicine, and vaccines could be part of the solution. Join us in taking action here to support health care for all.

Joy Nowai, a 1-month-old baby in Vanuatu, has received the first hepatitis and tuberculosis shots delivered by drones on the South Pacific island off the coast of Australia, the New York Times reports.

A drone flew to Cook's Bay, a remote village on the east of the island, on Monday. Although drones have been used to deliver medical supplies and medication elsewhere in the world, it was first time such a delivery was made in Vanuatu. The drone took just 25 minutes to fly the vaccine from one end of the island to the other.

The island's terrain and lack of infrastructure would have made the same journey much longer on foot or by boat, the only other ways to reach Cook's Bay.

"It's extremely hard to carry ice boxes to keep the vaccines cool while walking across rivers, mountains, through the rain, across rocky ledges. I've relied on boats, which often get cancelled due to bad weather," Miriam Nampil, the nurse who administered the vaccines to Nowai, said in a press release.

"As the journey is often long and difficult, I can only go there once a month to vaccinate children. But now, with these drones, we can hope to reach many more children in the remotest areas of the island," she said. 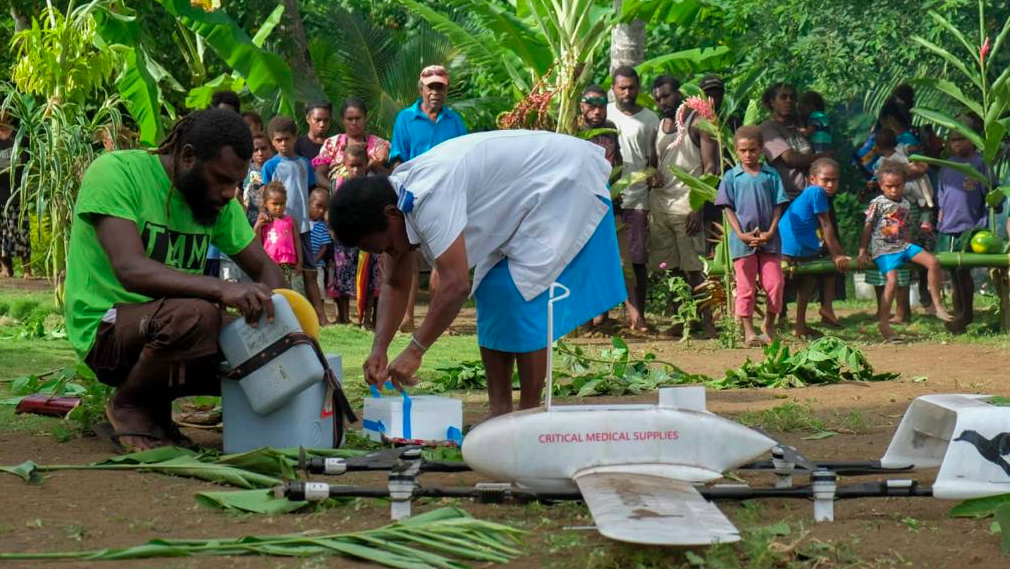 Because the small island nation is so difficult to reach and many vaccines require refrigeration, 20% of Vanuatu's 35,000 children miss their shots. To improve this, the island is working with Australian startup, Swoop Aero, to run its entire childhood vaccine program via drone moving forward. The partnership represents the first commercial contract for routine immunization.

"Today's small flight by drone is a big leap for global health," Henrietta H. Fore, UNICEF executive director, said in a press release. "With the world still struggling to immunize the hardest to reach children, drone technologies can be a game-changer for bridging that last mile to reach every child." 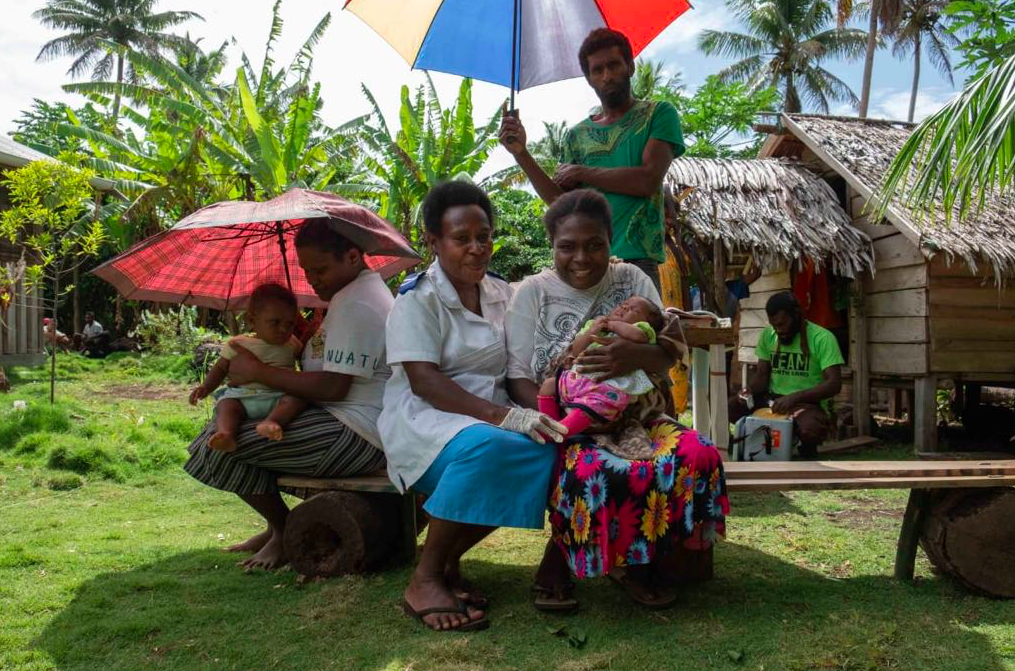 Read More: Ghana Is Using Medical Drones to Deliver Crucial Supplies to Those in Need

This breakthrough in Vanuatu comes just days after Ghana approved a plan to use drones to deliver medical supplies to the country's most remote and underserved communities. Ghana is partnering with Zipline, a California-based startup that has been supplying blood, medicine, and vaccines to people in Rwanda via drones since 2016.

Drone technology is being used to save lives and has great potential to improve access to health care and vital treatments for people living in remote areas around the world, particularly for those living in developing countries where a lack of road networks and health infrastructure can make medical deliveries difficult. According to the World Health Organization, half of the world's population does not have access to basic health services.

Through its determined efforts ensure all children on the island are properly vaccinated, Vanuatu is setting a powerful precedent for other nations where large swaths of the population are in serious need of quality health care.

Baby in Vanuatu Gets Drone-Delivered Vaccines in Major Health Breakthrough