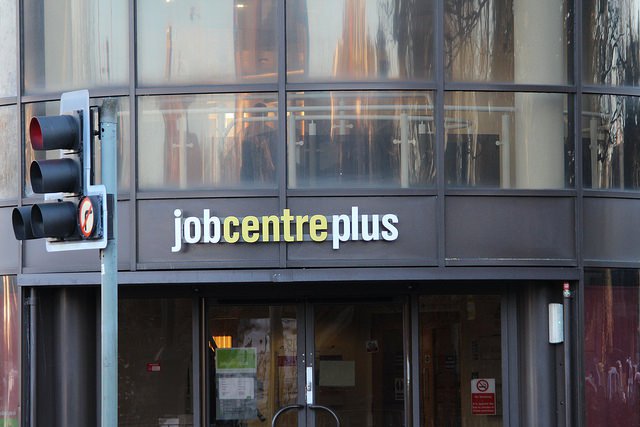 But what exactly is it, and what’s the big deal?

Universal credit is sort of what it says on the tin: it’s the catch-all process of merging six welfare payments into one. Benefits act as a safety net to support the most vulnerable people in our society, and the new scheme is designed so that jobseeker’s allowance, child and working tax credit, housing benefits, and more will all fall into a single online system.

In theory, it’s an attempt to simplify the process, and to incentivise work by phasing out benefits as you start work rather than removing them completely as soon as you exceed 16 hours a week — previously referred to as the “cliff edge” which persuaded people out of employment.

🎥 @NicolaSturgeon: "I think it's cruel to press ahead with Universal Credit." #Marr#SNP17pic.twitter.com/RrRNAe1R23

Right now, 590,000 people in the UK already receive universal credit, including 230,000 (39%) in employment. Benefits are claimed from job centres up and down the country, and the scheme has been slowly rolled out at a rate of five centres a month since May 2016. But, as of this month, the programme will now be accelerated to 50 job centres a month until every benefit claimant is on board.

But critics argue that this is happening way too quickly. The scheme has too many flaws, they say, and its failings could push thousands into poverty. Citizens Advice called it a “disaster waiting to happen”, while former Prime Minister John Major last week described it as "operationally messy, socially unfair and unforgiving". More than 25 Conservative MPs are expected to rebel over the refusal to pause the rollout, as part of a wide ranging cross-party opposition.

Here’s some of the reasons why.

Disappointed we're not delaying UC roll out. Advance payments are of course welcome, but they merely mask payment delays and system flaws.

It takes at least six weeks for claimants to receive their welfare on universal credit. This was always the government’s intention —  but the transition from the old system to the new has resulted in delays.

A quarter of claimants have reported a longer waiting time, as the government requires evidence for claims, especially in housing, according to the BBC. If you’re struggling to pay the bills, it’s possible to apply for an advance payment as a loan, but it’s only worth 50% of the benefit and many have reported not knowing such an option existed.

Delays on money coming in means one thing: no money.

If claimants don’t receive welfare on time, it's likely they can’t pay their bills.

As a result, evictions are expected to sharply rise. Rent arrears, which means a tenant is behind in payments, has increased by “three, four or even five times the level of those on the old system”, according to the Guardian, under the universal credit scheme. An investigation by the Observer found that across 105 local authorities in the UK, at least half of all tenants on universal credit were a month behind on their rent. Just under a third were two months or more behind.

Labour called for the halt of the roll out of Universal Credit in August. The Government can and must act now. https://t.co/vpL5LKut9X

Instead, the process is being accelerated.

3. Homelessness Could Double Over Winter

As we've already seen, tenants on universal credit are beginning to miss rent payments — and landlords are reacting with evictions. Without permanent residence, it's likely that there will be an increase in temporary accomodation like hostels and shelters. But there's a real possibility the consequences could be even more severe.

Andy Burnham, mayor of Greater Manchester, warned last week that homelessness in his region could “dramatically worsen” if the universal credit rollout was to proceed.

It’s estimated that there are already approximately 400 rough sleepers in Greater Manchester. Burnham, who has pledged to eradicate homelessness by 2020, predicted that this could “at least double” with the introduction of universal credit.

“The entire public sector in Greater Manchester has supported what I’m about to say, which is a plea to the prime minister and the government to suspend the rollout of universal credit,” Burnham urged. “It was the unanimous view of the meeting that if the rollout goes ahead as planned it will make our problem dramatically worse.”

Burnham’s comments came as he announced a new £1.8 million fund to house the homeless in Greater Manchester. Many of the public bodies that Burnham mentioned volunteered as pilots for universal credit, and so are personally acquainted with its flaws. But a letter from more than 120 MPs across all parties are in agreement: it won’t just be Manchester that faces the ramifications.

It’s been the issue on everybody’s lips in the last three elections. But, still, there are over a million visits to food banks every single year — a record high. Unfortunately, some argue that the situation is only due to get worse because of, you guessed it, universal credit.

The Trussell Trust, which delivered 1.2 million “emergency three day food supplies” through a network of 400 food banks last year, has joined calls for the rollout to be paused. Areas with full universal credit coverage have seen an increase of 16.9% in referrals for emergency food — almost triple the 6.6% national average. With Christmas on the way, the Trust is concerned that food banks won’t be able to cope with the surge in demand.

'Our food reserves are down from 40 tons to 14 tons..':read about why we are joining @CitizensAdvice's call for a pause in Universal Credit> https://t.co/7Y6ImUsKdB

“Foodbanks tell us that universal credit is inadvertently leaving people without any money for six or more weeks,” said Mark Ward, interim CEO at the Trussell Trust. “It’s led to one foodbank seeing a 67% increase in their referrals, and another has been working flat out to help people with their claims. We are concerned this will only get worse as winter approaches.”

No cash and mounting bills can put people under unbearable pressure. For many, universal credit means one particular challenge that can stalk claimants well after the welfare has finally been paid: debt.

“It’s a loan shark’s delight,” said Labour MP Ruth George, among the voices opposing universal credit. Almost half of Britons are already in debt, while a new study conducted by the Money Advice Service claims that one in five British adults said they’re “drowning in debt and money worries”.

Over a third of those in debt said that it has caused stress and anxiety. Slightly less than a third have said it has caused depression.

Anecdotal evidence collated by the Guardian expressed the hit to mental health in devastating detail.

“My eight-year-old son has seen me crying in the job centre and is scared we might be evicted,” said a 26-year-old woman from London. “This has also damaged my mental health, because I never previously had rent arrears and debt is making me extremely stressed.”

One disabled claimant described how they were “unable to charge (their) wheelchair” because of the electricity costs, while another described the “irresponsible” delays.

Now, the rollout has been expanded. But until significant action is taken, critics insist that its most definitive flaws remain.