The UK Is Working to Block EU Plan to Halve Food Waste by 2030, Say Campaigners

The claim comes despite promises for a “green Brexit.”

The UK throws away millions of tonnes of food each year, costing the economy a massive £13 billion each year and contributing to climate change.

But according to campaigners, the UK wants nothing to do with an EU effort to halve food waste by 2030.

Campaign group This Is Rubbish has revealed the UK’s Department for Environment, Food & Rural Affairs (DEFRA), under Michael Gove, has been working to block the EU-wide push for action.

Gove has promised a “green Brexit”, but his team has done little to indicate that that aim is more than just words, according to This Is Rubbish, which campaigns to reduce industry and supply chain food waste. 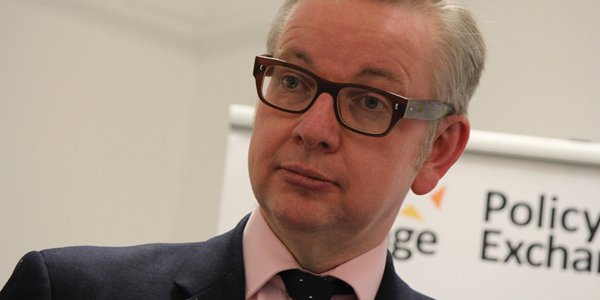 Read more: The World Food System Is Broken; But With Your Help, We Can Improve It

But in current negotiations to arrive at the final agreement, the proposals have met with opposition from the European Council and Commission, despite massive public support.

“There are about 55 million people in food poverty in Europe — and the food wasted throughout the continent could feed them more than nine times over,” said Martin Bowman, EU campaigns manager for This Is Rubbish. “And globally, if food waste was a country, it would be the third biggest carbon emitter after the US and China.”

Bowman said that the UK needs to “up its ambitions domestically” and support targets to halve EU food waste, or “at the very least stop dragging the rest of the EU back from making this historic commitment.”

Zoë Kelland, senior digital campaigns manager at Global Citizen added: "The UK should be playing a leading role in tackling such gross global inequalities, and it is deeply disappointing to discover that Michael Gove is instead amongst those standing in the way."

To achieve the targets, food waste along the whole chain from farm to fork must be addressed.

But leaks from the negotiations show that the European Council — at which DEFRA is the UK representative — is currently pushing for the food waste targets to be further delayed, and action to be restricted to cutting waste with retail and consumers.

That would side-line cutting food waste from farms and factories, which accounts for up to 59% of total food waste across the EU.

The European Council has also been opposing a food waste hierarchy, which prioritises feeding edible food to people and livestock.

The farm to fork targets have the support of over 100,000 people and 55 organisations from 18 EU countries. More than 15,000 people have also taken email actions to environmental ministries around the EU, including DEFRA, to support these targets.

“In the face of this, the European Council, and regressive ministries like DEFRA, are looking increasingly isolated, and their attempts to derail these long-promised targets are absolutely outrageous,” added Bowman.

Campaigners say that these food waste targets are “urgently” needed, to achieve Sustainable Development Goal No.12 for Responsible Consumption and Production.

Global Citizen campaigns to achieve the UN’s global goals, including goal No.12. You can join us by taking action by contacting Michael Gove here.

Kerry McCarthy MP, said: "Despite its warm words on reducing food waste, this shows the government isn't serious about action. Indeed, the UK seems to be trying to scupper an agreement on targets that would really drive forward much more ambitious efforts to cut food waste across Europe.”