Trump Is ‘Dangerous’ for the World, Says the UN Human Rights Commissioner

Zeid Ra’ad al-Hussein does not support the presidential candidate. 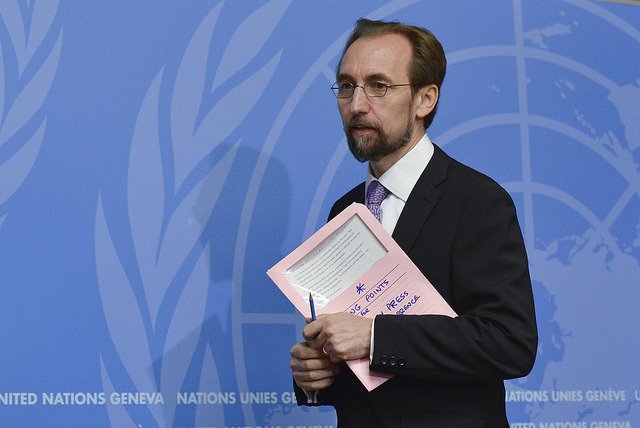 It’s been a busy week for Donald Trump. A tape of him making comments toward women that many called inappropriate, a rebuff from Paul Ryan, and now a jab from UN Human Rights Commissioner Zeid Ra'ad al-Hussein all hit news cycles in short succession.

“If Donald Trump is elected on the basis of what he has said already,” Hussein told reporters at a news briefing in Geneva, “I think it’s without any doubt that he would be dangerous from an international point of view.”

Are You Ready for Election Day? Learn More With Global Citizen

Hussein, who was asked specifically about Trump and did not speak about Hillary Clinton, criticized Trump’s view on torture and his treatment of vulnerable communities.

"We have to be on guard to see that in the end, vulnerable populations, populations at risk, do not again see their rights deprived,” Hussein said.

He added: “Many of Mr. Trump’s comments are in that direction, are deeply unsettling, and disturbing to me and to us.”

Such comments about a political candidate are not customary for high-level UN leaders, but Hussein has also obliquely critiqued Trump in the past.

In April the Human Rights commissioner commented on the “ugly phantom of racial and religious division” haunting the US election. In September he compared Trump to conservative European leaders Marine Le Pen (France) and Nigel Farage (UK).

“All seek in varying degrees to recover a past, halcyon and so pure in form, where sunlit fields are settled by peoples united by ethnicity or religion,” he said.